Ernst claimed that the impeachment of Donald Trump had so lowered the threshold for impeachment that Biden could be impeached for actions he may have taken years before becoming president. She also repeated a discredited conspiracy theory about Biden. Continue reading…

Your Village: Whatever happened to the area’s last strip club?

I remember there used to be a strip club in Coralville, but it closed down. How could the only strip club near a big university go out of business? —Anonymous

There are lots of ways for a strip club to go out of business, but Dolls Inc in Coralville is probably the only one driven to extinction by a rainforest. Or rather, plans for a massive indoor rainforest. Continue reading…

‘Iowa, you have shocked the nation’ as a smartphone app derails reporting of Democratic caucus results

“Iowa, you have shocked the nation,” Pete Buttigieg told his supporters at a rally in Des Moines on Monday night. His statement was correct, but not in the way he meant it.

After a year of almost constant campaigning by 26 Democratic candidates, and promises by the Iowa Democratic Party (IDP) that this year’s caucus would provide more information than ever before — thanks in large part to precinct managers using a new smartphone app — there was no reliable information reported by the IDP on Monday night. Continue reading…

Letter to the editor: An open letter to the Iowa City Council regarding ‘deer management’

I am a resident of the Northside neighborhood in Iowa City, as well as a founding member of the Iowa City Deer Friends. I just returned from a walk in Oakland Cemetery, where I discovered a White Buffalo bait site set up behind the maintenance shed/garage near the gate between St. Joseph Cemetery and Oakland Cemetery. Continue reading…

The Iowa Democratic Party (IDP) released results from 1099 of 1765 caucus precincts, or 62.3 percent, on Tuesday afternoon. The partial results show Pete Buttigieg in the lead with regards to the number of delegate awarded by the IDP, followed closely by Sen. Bernie Sanders. But more people supported Sanders than Buttigieg in the final alignments last night. Continue reading…

Oscar season seems to come with fewer and fewer joys each year. This feels especially true in the wake of seemingly undeserving winners and nomination snubs far more grounded in gender and race than voter ignorance. The excitement and glitz of past ceremonies has buckled under the weight of viewer apathy, collective dismissal and desperate attempts by the Academy to cling to its own relevance. Continue reading…

Have a snack of aphrodisiacs this Valentine’s Day

As any Iowan can attest, Midwestern winters are long and bleak. After the merriness of Christmas subsides and the glitter of New Year’s fades, we are left with a damp gray-brown slog that can extend all the way until April. Add to that the emotional slog of an election year and it becomes doubly important to find an enjoyable way to fill the time. It’s the perfect season to stay in, eat and fuck. In fact, you might not even notice that you’ve gone a week without seeing the sun. Continue reading…

Not all lobbyists are bad: The fight to reauthorize the Violence Against Women Act

In Washington D.C., no one ever invites me to dinner parties. Of course, no one has dinner parties to invite me to; it’s all about happy hour, a recreation in which I rarely take part. My colleagues in the gender-based violence field and I joke that no one wants to talk to us at social gatherings, because we’re downers. We are stuffed to the gills with facts, statistics, horror stories, laws, legislation and court cases related to intimate partner violence — not great conversation fodder. Continue reading…

As of Jan. 22, the shelter has served 251 unique individuals since November, with 138 people staying more than one week, J’nae Peterman said during the city council’s Jan. 28 meeting. Peterman is the director of homeless and housing services at Waypoint, an organization that provides support for individuals experiencing domestic violence, homelessness and poverty. Continue reading…

Q&A with Audra Yokley, intimacy choreographer for the stage

“They kiss,” reads the stage direction. But how long? Which character makes the first move? Are we talking hands on the face, shoulder, waist? Is the kiss more tender or sensual?

Directors and actors are often left to prescribe or improvise this blocking, but, much like a bumbled fight scene, poor communication and choreography can lead to an unconvincing performance and discomfort between the actors. When it comes to sex scenes, the risks are even higher. Continue reading…

Hy-Vee stores in Iowa City, Coralville and Cedar Rapids will cut back hours starting next week

Hy-Vee stores in the Iowa City and Cedar Rapids area will no longer be open 24 hours starting on Monday, Feb. 10, the West Des Moines-based supermarket chain announced on Monday. Those stores will now be open from 5 a.m. to midnight.

The store will be eliminating 24-hour service at almost all its 265 stores in eight Midwestern states. Continue reading…

‘Thespians can boogie, too’: Riverside Theatre and HomeBrewed team up to support Free Shakespeare

If you’ve attended a fundraiser in the Iowa City area in the last several years, there’s a better-than-average chance that you’ve heard the sounds of HomeBrewed. They’ve played shows for CommUnity’s Project Holiday meal campaign, for Strengthen • Grow • Evolve, for the local chapter of National Alliance on Mental Illness and many other Johnson County nonprofits. But they’re not just a popular choice for their blues riffs and decades of combined musical talent. They actually seek out these opportunities as their raison d’etre. Continue reading…

When Cinna Lewis’s husband gets home from a date, she’s the first one to ask how it went. It bolsters the friendship side of their marriage, she says, a marriage that has flourished for 10 years, this May. Cinna had no intention of ever getting married until, at 32, she reconnected with an old Cedar Rapids Washington High classmate, Beau Lewis.

“I have some complex views on relationships, but with him it was the cliché,” she said. “I just knew, he’s somebody I want to build a life with.” Continue reading…

There is a moment during The Neighbors’ Window, a heartfelt, existential twist on Rear Window, where the protagonist spying on her neighbors views something more intimate and personal than she had bargained before — more intimate than fights and raucous sexual encounters. She witnesses genuine, honest pain and sadness. In an odd justification of voyeurism, director Marshall Curry’s 20 min Oscar-nominated short film reminds us that seeing someone’s vulnerability, viewing their experiences through the lens of ourselves, is at the very core of what film taps into: our ability to care. Continue reading…

Iowa’s kink community wants to show you the ropes 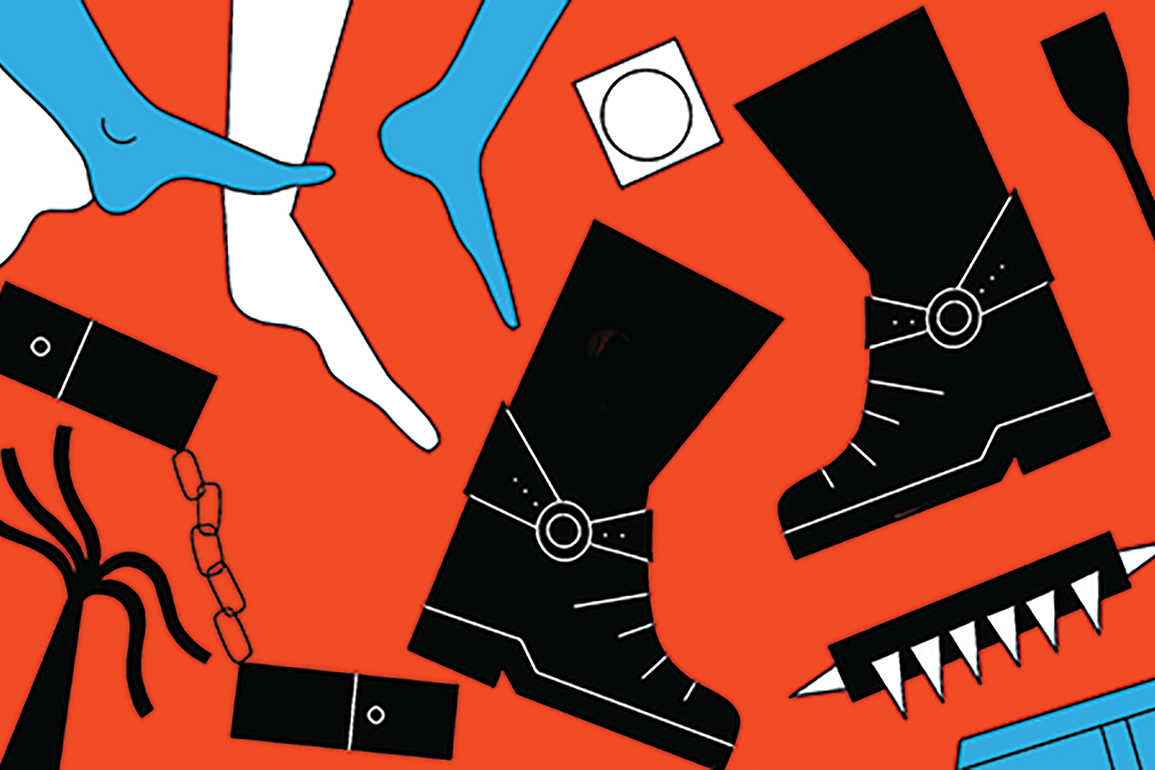 Uberkinky’s Periodic Table of Kinks has 151 blocks and is equally important as — if not more than, in my opinion — the Table of Elements. Various kinks are sorted into 12 categories, including torture, restraint, role play, butt stuff and vanilla. Everything from tickling to poop play is represented.

Mom, Dad, tread lightly with this one. Continue reading…

Caucus-pocalypse, day 3: An almost-finished count, phone trolls, a hackable app and a call to recanvass

On Thursday, Democratic National Committee (DNC) Chair Tom Perez used his Twitter account to publicly called for a recanvass of the Iowa Caucus results. A recanvass would involve auditing the reported results using the results reporting sheets filled out at each caucus precinct.

Following Perez’s tweet, the Iowa Democratic Party (IDP) sent out a written statement via email. In the statement, IDP Chair Troy Price does not mention Perez’s call for a recanvass, but basically dismisses it. According to IDP rules, only candidates who participated in the caucus can demand a recount. Continue reading…

Iowa City’s chief of police Jody Matherly announced on Thursday he is retiring.

“I could not have dreamed that serving the Iowa City community over the last three years would have had such a positive impact on me,” Matherly said in a written statement. Continue reading…

965 Guitars closes its doors, Vinyl Emporium moving into the space this summer

965 Guitars has closed its doors after eight years, the store announced in a Facebook post on Jan. 31.

The guitar store closing should not come as a surprise to Cedar Rapidians — owner Darwin Lindahl told the Gazette last year he was planning to end sales in January once his lease was up. Continue reading…

The AP gives up on trying to declare a caucus winner, as Iowa Democratic Party reports 100 percent of results

The Associated Press announced on Thursday night it is unable to declare a winner in the Iowa Democratic Party’s (IDP) caucus, held Monday. For decades, news organizations and readers across the world have relied on the AP’s reporting of the Iowa Caucus, and counted on it to determine who could be legitimately described as the winner.

That won’t happen this year, Sally Buzbee, the AP’s senior vice president and executive editor, explained in a story published by, of course, the AP. Continue reading…

More than a few years back, I recall asking an acquaintance if they were at all interested in seeing a certain animated film, probably a recent Pixar release, and they said with true joy in their heart, “Oh yes, I love kids’ movies.”

This person has since become like family to me, and I find it more than a little fascinating that this interaction — benign as it is — continues to stay with me ten years after the fact. I attach this generalization to almost every and any animated film I see, asking, “Kids’ movie? Or not?” I think it’s a pretty understandable conclusion to draw a connection between animated films and films made for children, certainly on the grand Hollywood stage. Continue reading…

Cedar Rapids’ automated traffic cameras generated 122,620 citations during the first six months after the city started using them again in July. The city also collected $3.1 million in fines for speeding or red light violations during those six months.

Majority of the citations — 98 percent — were issued for speeding, according to an analysis of monthly reports from July to December 2019. And more than 90 percent of the speeding citations were issued on I-380, where four out of the 10 cameras are located. Continue reading…

‘The Republican Party is a cult’: Trump challenger Joe Walsh drops out of 2020 race after being booed during Iowa Caucus

Joe Walsh (not the Eagles guitarist; the other one) announced on Friday he is dropping out the 2020 race for president. Anyone not following politics very closely can be excused for not realizing Joe Walsh was running for president, or knowing who Joe Walsh is.

Walsh, a Republican from Illinois who served one-term in Congress (2011-2013), is best known as a rightwing radio talk show host. In 2016, he loudly supported Donald Trump for president, which made sense. Continue reading… 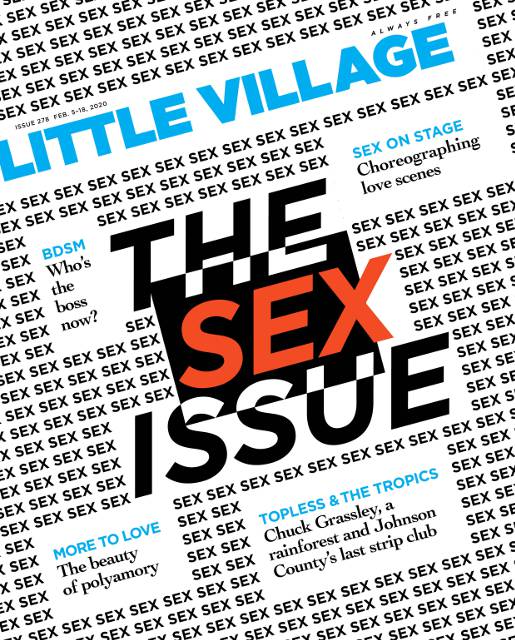