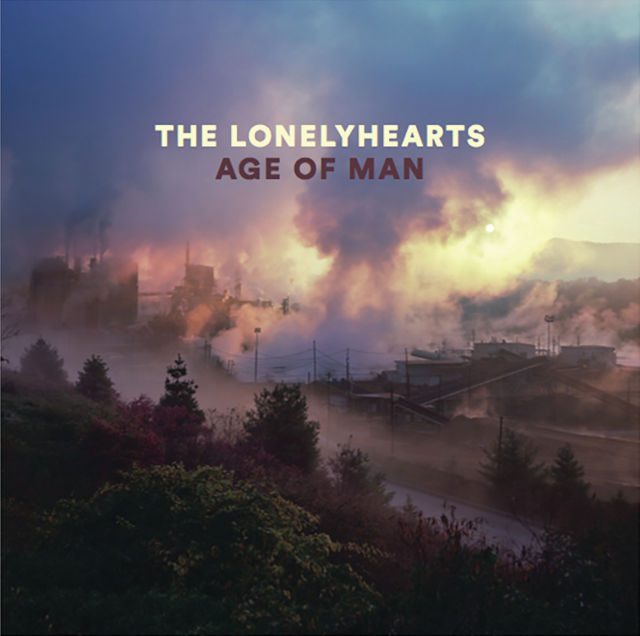 Full disclosure: I am incredibly jealous of Andre Perry, Executive Director of the Englert Theater, musician, author and past contributor to Little Village. No one should be this good at that many things. I’ll try to rise above that deadly sin as I consider the new album he’s made with his musical partner John Lindenbaum, Age of Man.

Lindenbaum and Perry infused their previous albums and EPs with literary ambitions; even the love songs are narratives that hint at a larger story. Age of Man goes further, comprising a series of songs whose lyrics outline a multigenerational narrative of heartbreak and ecological apocalypse, centered on the characters of Jennifer Morgan, her hustler brother and her son Ted. As things unravel, sentient radioactive bats attack Pittsburgh, and …

As alluring as that story is, it is more alluded to than told in these songs. Each is a short story that illuminates one emotional moment. In “9 Years On,” Jennifer says, “There’s a girl in school, her face is just like mine/When her father picks her up, he won’t look me in the eye.” In “Rotterdam” she deliberately gets a stranger to impregnate her, noting “the ticking of my clock, like the 1940 blitz.”

The story is the center of gravity of these songs, but it’s nothing without the music — and the foreground is the music. The harmonies of “Rotterdam,” on the repeated line “dawn in Rotterdam,” make so lonely and perfect a hook that the story fades to the subliminal. The lyrics still startle, though, as in “The Glow,” whose major-chord hook goes from repeating “Our love will grow” to “My bones will glow.”

“Downtown” is sung in the voice of Jennifer’s brother, who says, “When our heartbeats finally slow/We know where our souls will go/They’re going downtown for good.” Lindenbaum’s voice has a keening mournfulness, perfect for the bleak stories of these songs; Perry’s is lower and edgier, and takes the lead on the darker, more cynical songs like “Downtown.” The arrangements combine acoustic guitar with synths; the use of distortion blurs the edges of the sound — most prominently on “A Meteorologist Suspects,” which has some grinding rockiness to it, almost trespassing on Dinosaur Jr territory.

What sticks with the listener is the unerring pop hookiness along with an epic sadness at a world falling apart. It packs the emotional punch of David Foster Wallace’s Infinite Jest, without the footnotes, or of the movie Children Of Men, without the Strawberry Cough cannabis strain. It’s a neat trick to concoct a melancholy this compelling with this much pure pop enjoyment.

This article was originally published in Little Village issue 197.