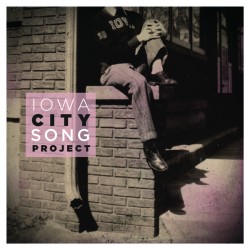 As a teenager hungry for a scene larger than the veritable cultural island of Bellevue, IA, at night I would arrange and rearrange my radio antenna to try to capture KUNI to get a glimpse of the world of music around me, which included bands from Iowa City. It was during one of my first trips to the Record Collector where I purchased an LP titled It’s Another Iowa Compilation: Uncharted Territories on the now-defunct SouthEast Records. It included locally legendary bands like House of Large Sizes, The Dangtrippers, The Tape-Beatles and Full Fathom Five. By the early 90’s it seemed for a minute that there would be a major label feeding frenzy like Athens, GA and Seattle before it.

Whether or not the world-at-large pays any attention to it, Iowa City will always be a fertile bed for music, sustained by a magical formula of open-minded venues, a subculture of musicians and artists who support each other and a population of locals and students looking for something to do. One of those venues is the Englert Theatre, which this year turns 100. In celebration of this, the Englert commissioned recordings from 31 local musicians for songs about or inspired by Iowa City. It became the Iowa City Song Project, to be released Nov. 6 on Maximum Ames Records.

Just like the Iowa compilations of the 80’s and 90’s, Iowa City Song Project doesn’t focus on one genre, but chooses to present a snapshot of a wider sampling. It’s the soundtrack you might hear spilling from the open doors of local venues while walking along the streets of downtown Iowa City on any given evening. The album serves as a kind of map to the scene by including a wide selection of artists: long-time performers who formed the bedrock of the “Iowa sound” like Bo Ramsey, Dave Zollo and Greg Brown as well the next generation of that sound in Pieta Brown, Milk & Eggs (with Sam Knutson in a delightful duet) and William Elliot Whitmore; avant-garde experimentation from Rene Hell; the edgy pop-punk of Poison Control Center and Emperors Club. There’s even a tribute to the halcyon days with Samuel Locke Ward’s cover of “Death Buggy” by the aforementioned House of Large Sizes. Whichever of these many and varied artists you tend to gravitate towards the most, the Iowa City Song Project will make you proud of your scene.