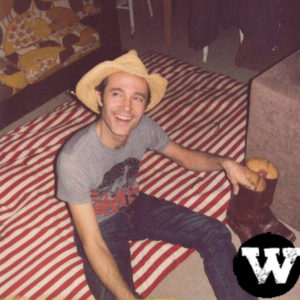 It’s another weekend already! Here’s another Weekender! Let’s get right to it then:

The Minnesota singer/songwriter, Haley Bonar has made quite a name for herself. Bonar writes and plays songs on either an acoustic guitar or an organ. When she’s not performing solo, she plays with her backing band with which Andrew Bird shares members. She has toured with Low, Mason Jennings and Richard Buckner. Her 2006 album, Lure the Fox won her a number of awards and made it onto many “best albums of 2006” lists. She has frequently performed on stage with Andrew Bird as well as on his recordings. Rachel Marie opens with her captivating songs and powerful pipes.

In the summer of 2009, playwright Austin Bunn began compiling local newspaper articles and interviewing former employees of a closing automobile plant in Michigan. His purpose was to create a “documentary play”—a relatively new and rising genre in the theatre world. The idea is to develop a script using only content from source materials such as interviews, news media, etc.

Bunn teamed up with Iowa City’s own Sean Chistopher Lewis to write Rust, the theatrical representation of the very real story about the closing of a General Motors plant in Grand Rapids. In the play, Bunn plays a version of himself, interacting with the community of folks who worked at the plant and/or had a longstanding family history there. The project has been in the making for over three years, and great measures have been taken to ensure that everything represented in the production is as accurate as possible. For example, many of the props were taken from the actual plant itself.

Rust follows the local/personal struggles of mass lay-offs, but also comments on the broader cultural and economic impact of a changing industry. In an interview with wakegreatlakes.org, Bunn explains, “I think Rust attempts to humanize the transformations in American manufacturing…in ways that go beyond the sound bite or op-ed piece. An enormous change is happening in the economy, as we shift from manufacturing jobs to service-industry jobs, and the toll is just beginning to get measured.”

From the event page:

Please join us for a visit with Toronto-based film programmer, Pablo de Ocampo. In addition to presenting the work listed below, Pablo will speak with us about what programmers do, and how they work.

“Speech, Memory”
Reflecting upon legacies of race, labor, national independence and identity, the four films in this program use public speech for examining the past. In each of these films, history is viewed not as an archive, but rather as a lens through which to look at the present and the future. Shot on a half-inch open reel portapak video recorder, People’s Communication Network’s recording of a Queen Mother Moore speech not only stands as a reverberating lesson on Africa American history and resistance, it documents an important early moment of media activism. Formal and structural playfulness collide with Joyce Wieland’s feminist political awareness and commitment in her 16mm film Solidarity. Drawing almost entirely from archives of news footage, Duncan Campbell’s deftly constructed Bernadette is a fractured biography of Irish activist and political figure Bernadette Devlin. Israeli artist Yael Bartana’s Mary Koszmary quite literally propels a historical moment into the future. Echoing the structure and sentiment of propaganda films, puts forth a question, at once hypothetical and real, about what would happen if the three million Jews who left Poland in World War II were to return.

Pablo de Ocampo is a film curator living in Toronto, Canada where he is the Artistic Director of the Images Festival, one of the largest platforms for the exhibition of artist made film and video in North America. He has curated screenings, exhibitions and performances at the Power Plant Contemporary Art Gallery (Toronto), Gallery TPW (Toronto), Portland Institute of Contemporary Art/TBA Festival, Kino Arsenal (Berlin), Conversations at the Edge (Chicago), Aurora Picture Show (Houston), Experimenta (Bangalore), ruangrupa (Jakarta), OK Video Festival (Jakarta), EXiS (Seoul), Scratch Projection/Lightcone (Paris) and the British Film Institute (London). Prior to his position at the Images Festival, Pablo lived in Portland, Oregon where he co-founded the collectively run screening series Cinema Project. In June of 2013 he will curate the 59th Robert Flaherty Film Seminar.

Atlanta-based indie band, Manchester Orchestra began as a project during front man, Andy Hull’s final year in high school. That year (2004), he released the first Manchester Orchestra record. Since then, they’ve signed to a major label (Sony) and have built a strong following. The alt rockers have released numerous EPs and three studio albums, the latest of which is a concept album about being a young man and questioning everything. Hull says of the record, “It’s a story about a 23-year old who questions everything from marriage to love to religion to sex. Sometimes even for myself, it’s difficult to decipher which one I’m actually talking to. Everything I’ve written in the past has been about those things. This album is the most realized form of my questioning.” Local favorites, The Olympics and Huge Lewis open up the show.

When you hear about the legendary, almost mythical “Omaha music scene,” somebody will first mention Conor Oberst and his band, Bright Eyes, and then you’ll get to hear about Simon Joyner. It is true that Oberst cites Joyner as one of his biggest influences, as does the Mountain Goats’ John Darnielle, as does Beck, and many others. Though Joyner may not have seen national fame on the scale of those bands, he has released more albums than I can count and is recognized as one of the great songwriters currently making music. His August release of the album, Ghost was recorded without the use of any digital technology and will be released on his own resurrected label, Sing Eunuchs! The album was funded by Kickstarter. Local legend, Samuel Locke Ward opens with a solo set.