Once upon a time, I wanted to be a poet. I carried around a notebook, went to readings, bought poetry books, took poetry classes. What was hard was actually writing poems. One day in class, Marvin Bell said something that took a while to sink in, “Poets write poetry because that’s what they do, they don’t have any choice.” It came to me, eventually, that I could almost always think of something to do that seemed more important than writing poetry. Eventually, I found other things that compelled my attention the way poetry did not. But my failed career left me with an abiding respect and appreciation for the ones who can’t escape poetry.

Two people who didn’t escape are the married couple Nick Twemlow and Robyn Schiff, editors at Canarium Press. They live in Iowa City, where Schiff is an associate professor in the Department of English and Twemlow a graduate student in Film and Video Production. They originally met in the Iowa Writer’s Workshop. I met with Nick Twemlow at that most literary of dive bars, George’s Buffet, to discuss Canarium Books.

Twemlow and Schiff met Josh Edwards, founder and publisher of Canarium, when they moved to Oregon for Schiff to take a temporary position at the University of Oregon. “He was a young guy, he came to my wife’s office hours, he wasn’t even a student any more at the time. He said ‘I’m Josh Edwards and I’m starting this magazine called the Canary River Review,’ and he wanted to meet Robyn and he wanted us to just hang out sometime.” He had used this ‘cold call’ approach to get “all these really amazing poets into the magazine.” The three became friends and over time, Twemlow and Schiff became more involved in publishing the magazine.

“We all realized we had very different aesthetic interests but a lot of common points, and we all loved doing it … that’s what got it started. Josh’s energy is unbelievable and he found funding for this, independent of any university.” Edwards went on to do an MFA in Poetry at the University of Michigan, where the project evolved further. “He was able to get the [Michigan Creative Writing] program to invest in a book press, so they basically supplied seed funding. Josh had always wanted to do books… in 2008 we decided to start, so we stopped the magazine and switched to books. The impetus was probably how a lot of publishers begin: We just simply knew of too many good manuscripts that weren’t finding a home.”

I asked Twemlow if there was a unifying aesthetic that determines which authors they publish. Since there are several Canarium editors each advocating for manuscripts, Twemlow said “I think all of us have different answers… I think the thing that I like is work that’s—well I like sentences, and that may sound strange coming from a writer, except that poetry doesn’t always work in a sentence. I don’t mean they need to be straightforward, simplistic stuff but I like people that think in these terminal ways, where there’s a thought, the sentence may unfold over 40 lines… I’m a fan of thinking there’s this end coming and you don’t know when it’s going to happen. I think mostly we like things with … a very clear voice that, when you read a poem or the whole manuscript, that voice will stick into your brain and it won’t go away. I wish all poetry was like that.”

The works published by Canarium are diverse. Anthony Madrid’s 2012 book I Am Your Slave Now Do What I Say combines rigorous rhythmic construction with murderous humor: “Jam me in hot hell. Make me drive a street cleaning truck/in the folds of the Devil’s anus, but don’t make me read all this Irish poetry.” Suzanne Buffam’s book The Irrationalist is as spare as Madrid’s book is expansive. She writes with a distiller’s ear; a section of the book called “Little Commentaries” contains whole poems that are shorter than one of Madrid’s serpentine lines:

ON BORGES
Put One Dream
Inside Another.

Iowa Citian Robert Fernandez’ 2011 book We Are Pharaoh takes a third way. His poems resist any easy reduction to a particular meaning. The title poem is a sequence of linked, fragmentary thoughts, each linked to the next structurally, but not logically. Or rather, they’re held together by dream logic, evoking a mood indescribable by more direct language.  Fernandez seems concerned with the estrangement of modern life, expressed in the literal estrangement—making strange—the discourse of everyday things.

French poet Emmanuel Hocquard’s The Invention of Glass is Canarium’s second published translation. While Canarium’s other authors are “young” poets (i.e. under 50) Hoqcaurd has had a long career and has established his reputation in the world of French Poetry. This book comprises poems that examine their own language: “… Internal is the mask of the subject: red. Yet verbs show nothing more than a predicate before it dissipates.” Though self-referential writing is a cliché of post-modern literature, Hocquard’s book is something beyond that. “A taste for glass does not explain the appeal of experiments in language.” Hocquard’s glass is the idea of glass, a metaphor for language: Something transparent through which one sees, but also a barrier that separates one from the things seen.

As Nick Twemlow told me, “… In Stalinist Russia where the poets were executed, that means they feel like the word has some power, and it did. I’m not sure we’ve ever been in that place here.” And it’s true, poetry remains a marginalized art form in the United States, but part of its importance lies in its resistance to being co-opted by commercial mass culture—you will never see, for example, Leaves Of Grass: The Movie. But for those attuned to the power of the poetic word, Canarium Books has found a diverse group of writers whose work is serious but inviting, significant yet entertaining.

Kent Williams gazed into the void and the void fell asleep. 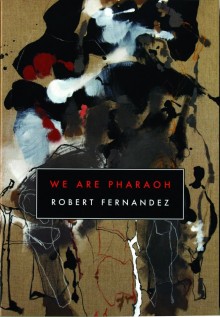 I should have said the iris
in its network of evictions

I should have spoken
more softly

Our throats
Are inadequately sexual

The color of oxygen
And silence

In the streets, a universal:
It is accurate to say

At the table,
are painful

Dilations and constrictions
Made bright by
A dominant
Impulse: to survive.