This year’s Elite 8 presents another list of great albums to consider. As always, these records are just the beginning of a conversation, and we encourage you to create and share your own inspiring shortlist of albums that entered the world this year. 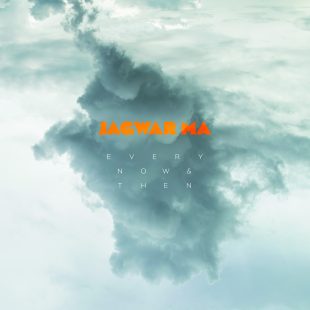 8. Jagwar Ma, Every Now & Then
Channeling elements of Britpop and the legendary Manchester dance scene, Jagwar Ma’s sophomore record achieves the kind of amped-up fever rock you’d expect to catch at a classic ‘90s UK festival. Their core assets are the crossed wires of guitars and drum machines, big rock hooks that suddenly descend into four-on-the-floor propulsions and a general proliferation of good vibrations. At some junctures their psych leanings go as far as to recall Animal Collective in their most jubilant form. At other times, it’s difficult to assess whether you’re listening to Jagwar Ma or if these are old Primal Scream tracks that New Order remixed. The reference points, however, remain impeccable, and the spirit of Madchester is worth reviving for a younger generation. 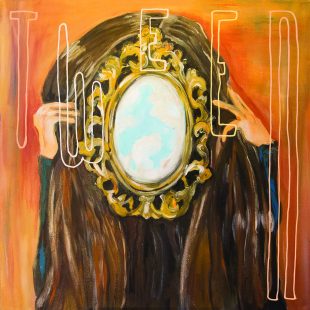 7. Wye Oak, Tween
Tween is Wye Oak’s best studio album since their 2007 debut If Children. Comprised of outtakes from the sessions for Civilian (2011) and Shriek (2014), Tween captures the band’s transition from raw guitar rock to atmospheric synth-pop. What Tween uncovers in the middle is a remarkable flashpoint: aggressive, noisy guitar work tempered by electronic experimentation. On either extreme “Too Right” burns with dirge-like insistence, unfolding like a lost Low anthem, while “On Luxury” finds the duo settling into a chillwave jam. This hopscotch dance between temporal modes feels natural throughout, Jenn Wasner’s compelling voice reminding us of the common thread at the hearts of these songs. 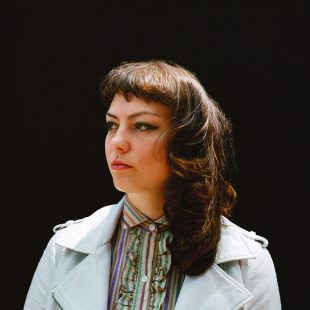 6. Angel Olsen, My Woman
On her third album, Angel Olsen achieves a certain kind of swagger — a hard-earned confidence with which she comfortably circles around fuzzy rock nuggets and plunges into harrowing ballads. She has also added particular depth to her sense of arrangement. The exploration of guitar textures, vocal treatments and synthesizers suggest a seasoned artist at work. Over the course of its songs, My Woman reveals Olsen’s complex ability to court intimacy while erecting grand crescendos and to tilt a song’s tenor from rural dive bar to metropolitan opera house. 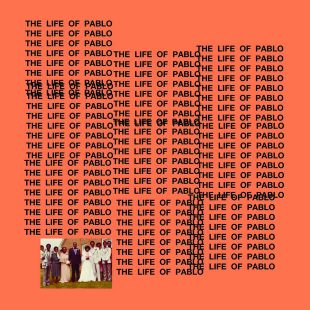 5. Kanye West, The Life of Pablo
Kanye’s ever-evolving album, The Life of Pablo, questions what it means to call a piece of art “finished;” Yeezy has routinely updated the album since its release, changing and remixing bits of songs. Ironically, it still feels like Pablo could use a tight edit, a trimming of the excess ideas here that don’t deserve to make it into rotation. But this is Kanye — the most existential rapper in the game — and you have to take the record on his terms. In between the noise he delivers 2016’s best gems: the triumphant gospel crescendos of “Ultralight Beam,” the eerie loneliness of “Real Friends” and the celebrity regret of “No More Parties in LA.” The album as a whole feels like the end of a cycle that began with My Beautiful Twisted Dark Fantasy (2010), a journey that ultimately finds our narrator both more and less at peace with himself and the world around him — but brilliant contradiction has always been his most startling (and frustrating) attribute. 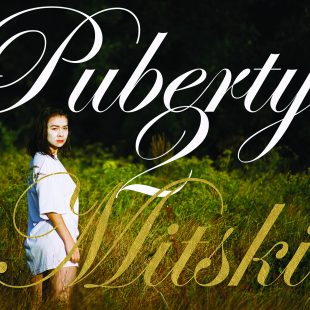 4. Mitski, Puberty 2
Part punk attitude, part bedroom rock aesthetics, Puberty 2 is an album that is so invigorating and devastating it’s difficult to know what to hold onto and when. It offers a bold look at how we struggle to find balance in our lives as we careen between states of happiness and depression. Songwriter Mitski Miyawaki personifies this mortal struggle through the lens of tense relationships, all of them volatile and shocking in their temporary euphoria and inevitable letdown. Her stark revelations vacillate from uncertainty (“Your mother wouldn’t approve of how my mother raised me/But I do, I think I do” — “Your American Girl”) to apathy (“And when I find a knife is sticking out of my side/I’ll pull it out without questioning why” — “Firecracker”) to a grim embrace of doomed reality (“How’d you be over me looking in my eyes when I cum/Someone to watch me die” — “I Bet on Losing Dogs”). 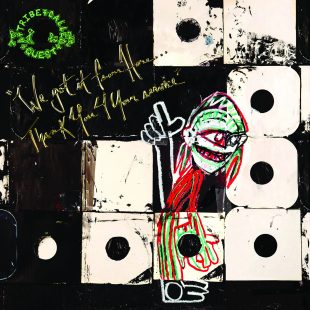 3. A Tribe Called Quest, We Got it from Here… Thank You 4 Your Service
So much rested on the release of this Tribe album, in particular the legacy of one of our generation’s best bands on what would be both their return to music after a near 20-year hiatus and their last record due to the death of founding member Phife Dawg earlier this year. What arrived is a document of the ever-evolving lyrical and textural skills of a group that is as relevant as they are classic. The interplay between Q-Tip and Phife remains untouchable, their interlocking bars driving up the intensity from verse to verse. The less vocal MC Jarobi White drops in only sporadically but every time he raps, it’s gold. The production is advanced — split between organic sounds created in the studio and warm samples pulled from a multitude of old records and unlikely sources. What makes this album stick, though, isn’t that these guys can still rap, can still make great music and can set a tone that is utterly their own — it’s that they still have something to say. While the prevailing mood is positive (it does sound like they’re having fun) the messages remain political. Q-Tip opens up with a firm indictment of the establishment: “Put so much in this muthafucka, feel like we shouldn’t leave.” And later, his resolve caves under the weight of racism: “Cops killing us niggas everywhere/Maybe we should get some guns too?” And while Tribe wouldn’t want to leave you on a downbeat, they’ve never shied from telling it like they see it. 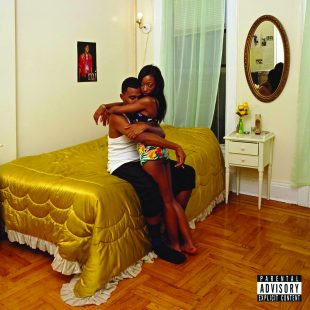 1 & 2. Blood Orange, Freetown Sound / Solange, A Seat at the Table
It is uncanny how artists can work in parallel formation, pulling from similar creative and spiritual cues while still crafting their own unique visions. More coincidental than planned, Solange’s A Seat at the Table works in wonderful companionship with Blood Orange’s Freetown Sound. These albums wrestle with the social and political turmoil that hasn’t so much emerged in 2016 as it has inevitably boiled over after years of tension. America’s pain and division are now public. What you could once discard as mere shadows of discontent are now in your face daily, via your newspaper, your blogs and your Facebook feed. We are not getting along and, even worse, many of us feel woefully oppressed by the systems that govern us. 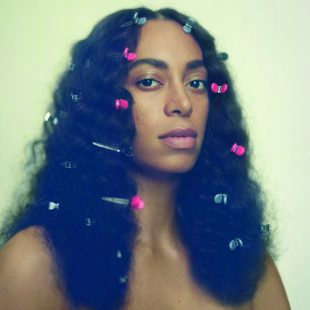 Solange Knowles’ artistic approach to the current state of life is cleaner, sharper than that of Blood Orange; she prefers studio perfection over grittiness and her music elicits a deep, pure rhythm and blues built upon exquisitely curated beats and gospel melodies. For an artist in the throes of pointing out her country’s fissures, she is in absolute control. She catalogs her own difficulties in coping with pain early on in “Cranes in the Sky” — “I tried to drink it away/I tried to put one in the air/I tried to dance it away/I tried to change it with my hair” — and that stain remains throughout, turning slowly to frustration and anger: “When you feeling all alone/And you can’t even be you up in your home” (“F.U.B.U.”)

Like Knowles, Devonte Hynes, aka Blood Orange, offers a creole of personal history and deep reflection on the current political moment. He culls sounds from various palettes — ‘90s R&B, early rap and ‘80s new wave — ultimately constructing his own brand of soul. As important as the music is the constant stream of voices — found sound, samples from speeches — stitched between the tracks. (Knowles, too, applies this same approach, segueing between her songs with interludes from a number of people, most frequently Master P.) These voices, these critical reactions to life become part of the album’s pastiche. A woman speaks poetry at the top of Freetown Sound — “I will tell you that right now/There a million black girls just waiting/To see someone who looks like them” — and it feels like she is picking up a line right off A Seat at the Table.

Foremost it seems that both Knowles and Hynes have offered us hymns for the marginalized: for black voices, women’s voices, LGBTQ voices and everyone else at the edges of American culture. And yet these songs also seem like testaments to be absorbed and considered by the mainstream white American perspective. Both artists remind us that this country is made up of all its varied parts, that no single cultural heritage represents what America is about. You have to take all of it or none of it. And in this realization, perhaps the healing can begin.