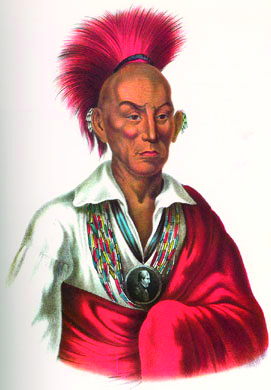 Welcome back Hawk fans! Some of you are perusing your first ever issue of Little Village. How’s it feel? Pretty great? Go Hawks. But perhaps you, and even past readers, may wonder: What in the world is a football column doing in my town’s, like, indy-alt-rag?  It’s a fair question. I guess it’s about acknowledging sport as a common ground, a place where people of every ilk can come together with a singleness of purpose: beer. And also cheering. Everyone loves to cheer! Well, everyone at my desk at least.

So, Hawkeyes, that we might kick off the 2012 season secure in our Hawk identity, let’s reflect on what it means to be a Hawkeye. Literally. I mean, “Hawks,” I get that. The bird of prey. The talons. The vicious predator of field mice and ground squirrels. I’m not sure I can imagine a Hawk taking on a Wildcat and winning, but no doubt a Hawk is fierce. But Hawkeye? Is that the eyeball of a Hawk? The literal I? Is this supposed to be a metaphor? Am I the eye? We know it strikes fear in the heart of “Spartans” and “Wolverines,” but what is a Hawkeye?

To clear up my confusion, I asked Mary Bennett at the State Historical Society of Iowa and David McCartney at The University of Iowa Archive to take me back to the beginning. Cliffnotes: The people of our state were nicknamed “Hawkeyes” back in the late 1830s, and they could have done a whole lot worse.

Most historians agree that frontier lawyer David Rorer, supported by his cohort, publisher James Edwards, are the men responsible for introducing the Hawkeye name. In the mid-1830s, Iowa was still finding its identity, a territory on the road to likely statehood. Rorer, a highly educated man of letters, expressed concerned that territorial residents were in danger of falling prey to a nickname similar to that of our neighbors, the Missouri “Pukers” and the Illinois “Suckers.” (Look it up!) Due to a lack of barbers in the area, there were rumblings our unkempt inhabitants would be deemed “the Hairy Nation.” Yikes.

Writers played a major role in helping us become the Hawkeyes. Coincidence? Or just more proof that they might as well designate us a UNESCO State of Literature? Booyah!
•  The name “Hawkeye” was partially inspired by the character Hawkeye in James Fenimore Cooper’s The Last of the Mohicans.
•  Chief Black Hawk was the first Native American to have his
biography published.
•  The Hawkeye name was adopted into general use after a series of anonymous letters praising the character of the “Hawkeye” nation was first published in the Dubuque and Davenport newspapers.
•  In renaming the Burlington newspaper The Hawk-Eye, publisher James Edwards further popularized the nickname, leading to its eventual adoption by The University of Iowa sports teams.

Rorer’s inspiration for the name Hawkeyes was twofold. Firstly, as an avid reader, there could be no question that he was familiar with the decade’s most popular work of fiction, James Fenimore Cooper’s The Last of the Mohicans. One of the novel’s main characters was a man who went by the name of Hawkeye. Hawkeye was characterized by the Native American hero of the novel, Uncas, as “a just man, and the friend of the Delawares … We call him Hawkeye … for his sight never fails.”

Sweet! Unfailing sight! Much like James Vandenberg’s precision with bow and arrow, and the spot-on accuracy of his bullet-like throwing arm, this guy Hawkeye had a mean vision which led him to sure victory. So far, so good.

But there’s another, more powerful Hawk ever-present in Iowa history, one that Rorer couldn’t ignore: Chief Black Hawk. At the time of Rorer’s naming, Chief Black Hawk was a celebrated personage throughout the Iowa Territory. A well-known Native American warrior, Black Hawk was then living out his retirement in the Iowa territories, reconciled with the neighbors he had previously battled. Rorer intended to honor his legend by suggesting the “Hawkeye” nickname, forever granting the Hawkeye defensive line the prestige of being named after one of the fiercest defenders of territory of all time.

Obviously, in more recent history, Native American-influenced team names have been viewed in a negative, racially charged light. But the admiration Chief Black Hawk garnered in his later years from citizens of our state belies the notion that the Hawkeye name denoted anything other than respect. Chief Black Hawk himself noted, “I thank the Great Spirit that I am now friendly with my white brethren. We are here together, we have eaten together; we are friends.”

On the other hand, whatever particular dynamics were at play in the peace that had been forged, no doubt they were steeped in colonialism. So, some object to the Hawkeye team name. As indicated by the “tigerhawk” logo, the UI distances itself from this interpretation, no matter how historically likely (and likely well-intended) it may be. In fact, in 2004 the University of Iowa baseball team cancelled a game with the Bradley University Braves due to their violation of UI policy banning “any mascot that depicts or represents Native Americans” from its athletics facilities, either disclaiming or ignoring the Native American influence on its own Hawkeye name.

Once a suitable nickname had been agreed upon between the territorial elite, there remained the matter of getting its residents to embrace it. Both Rorer and Edwards were instrumental in encouraging citizens to adopt the “Hawkeye” moniker. Edwards argued in The Fort Madison Patriot that the name would “rescue from oblivion a memento at least of the old chief.” Yet a single editorial could scarcely be enough to sway the fearsome Hairy Nation. So Rorer also ghost-wrote a series of anonymous letters to the Dubuque newspaper purporting to be a Michigan traveler passing through our state. The four letters entitled “A Wolverine Among the Hawkeyes” were submitted in 1839 and widely reprinted throughout Iowa.

Curiously, not one of the geniuses who came up with this bizarre idea seemed to think this tactic the least bit disingenuous or deceitful, even when the letters had to be rewritten to disguise Rorer’s handwriting! In the letters, the “Wolverine” (Rorer) touted the beauty of the Iowa landscape and the youthful vigor and red-cheeked good health of its inhabitants, referring to them as “Hawkeyes” throughout. While flattering in some aspects, the letters were also severely critical of many aspects of territorial government, including the current governor and the town of Burlington. Anonymous letters! What a convenient way to let your rivals know what you really think of them without any risk to your own career advancement. Clever, clever Rorer.

To further stamp the agreed-upon nickname into the collective territorial psyche, Edwards soon relocated to Burlington and renamed its paper The Hawk-Eye. In 1977, state legislator James Wells proposed the nickname “Hawkeye” be officially adopted into Iowa law.

By hook or by crook, it seems we Iowans were destined to become the Hawkeyes. The story of our Hawkeye nickname is one of cunning, vision and honor—much like the play of our storied Hawkeye football team. As we anticipate another exciting season, let’s reflect on our interesting history and be grateful that our early leaders had the foresight and dishonesty to foist upon us a nickname we can be proud of. Go Hawkeyes!

Every time Stephanie Catlett looks at your scraggly college-boy faces, she thinks the “Hairy Nation” might not have been too far off. (Herky image courtesy of UI Libraries Department of Special Collections.)