Mark Smith was elected interim chair of the Iowa Democratic Party (IDP) on Saturday. Smith, who has represented the Marshalltown area in the Iowa House of Representatives since 2001, will serve through the November general election.

Smith replaces Troy Price, who announced his resignation on Wednesday, Feb. 12, apologizing for the failures that plagued the reporting of results from the Feb. 3 caucus. Smith was selected by the IDP State Central Committee on the first ballot. Continue reading…

‘We welcome you to be part of our national mosaic’: 74 people become citizens during ceremony at National Czech and Slovak Museum

For most people, last Friday was just another Valentine’s Day, a day to celebrate love and eat unlimited chocolate. But for more than 70 people in Cedar Rapids, Feb. 14, 2020 is significant for another reason: it’s the day they became citizens of the United States.

The 74 new citizens sworn in during Friday’s naturalization ceremony at the National Czech & Slovak Museum and Library (NCSML) represented almost 30 countries, from Sudan and Singapore to Kenya and Canada to Jordan and Afghanistan. The youngest person who became a citizen was 23 years old and the oldest person was 85. Continue reading…

Five Iowa City parks, the Ned Ashton House and Oakland Cemetery will be closing early almost every day from Sunday, Feb. 23, through Sunday, March 15, as the second phase of Iowa City’s deer cull gets underway. As with the first phase in December, sharpshooters will kill deer in the designated area, as part of the deer management program unanimously approved by the Iowa City Council in August. Continue reading…

Letter to the editor: Gov. Reynolds, what’s your climate plan?

We are writing as concerned high school students in Iowa.

We are writing to ask you three questions. Continue reading… 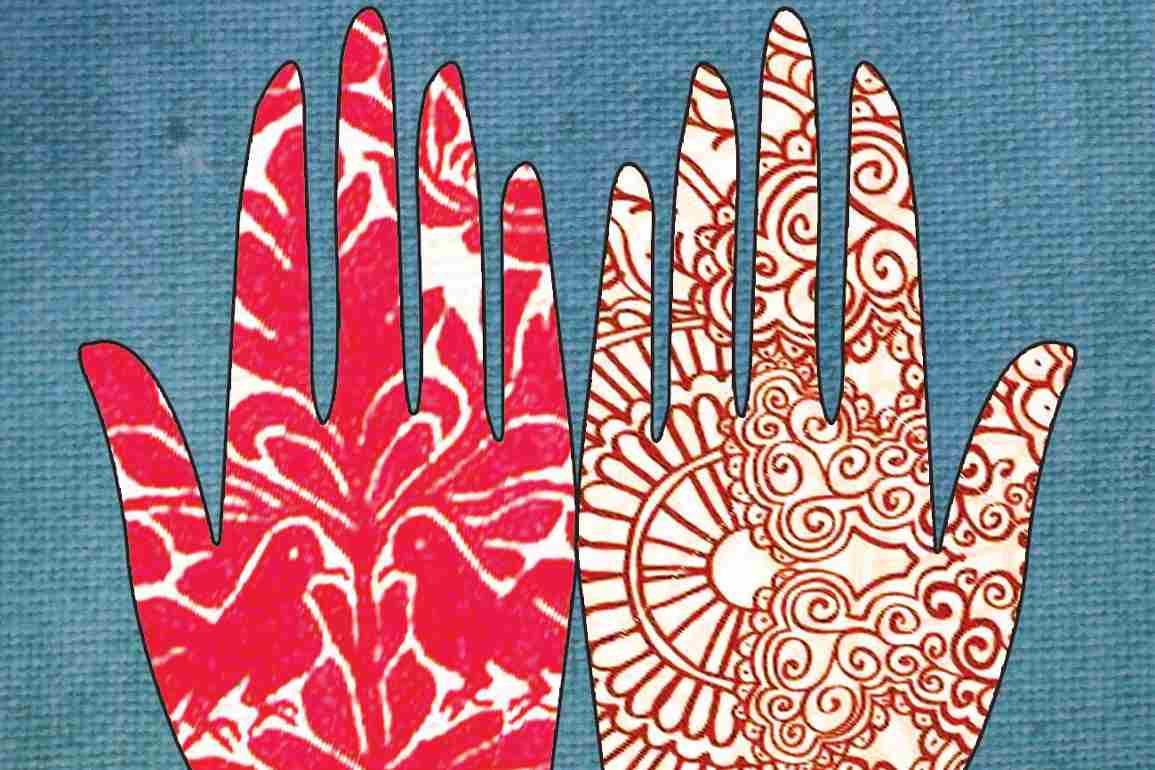 Whether you foxtrot or lindy hop, dancing is required at the Dandelion Stompers’ Mardi Gras show

Don’t go to a Dandelion Stompers show expecting to just sit there and watch.

“Oh, man,” said Dandelion Stompers bandleader Chris Clark. “Dancers really make it a party. We work hard to interact with the audience when they’re sitting down and watching, but once they are up and dancing, it goes to a whole new level.” Continue reading…

“You will believe,” promised the first trailer for Tom Hooper’s Cats, the film adaptation of Andrew Lloyd Webber’s stage musical, itself adapted from T.S. Eliot’s collection of poems Old Possum’s Book of Practical Cats. There was something ominous, perhaps even mildly threatening about this tagline. What will we believe? That the strangest Broadway hit of all time would make a good movie? That the human eye can tolerate nearly two hours staring at a screen full of CGI fur, ears and tails? That the cult of the Jellicles is valid, and that these cats aren’t just fighting year after year for the opportunity to be murdered by Dame Judi Dench? That anyone wants to see James Corden lap milk out of a bowl? Continue reading…

Alyssa Limperis frequently uses the word “joy” when she speaks of performing. That coincides, for her, with focus, presence and aliveness.

“[It’s a] runner’s high, a feeling of no doubt, no pain, doing something that feels right, good and not doing anything else. That’s a rare feeling, with phones and everything else: to know I’m happy in this very moment.”

Limperis, a comedian on the in-house team at the Upright Citizens’ Brigade’s UCB Theatre in New York, headlines the latest installment of the Floodwater Comedy Festival on Feb. 29 at 8:30 p.m. at the Mill. Tickets are $12 in advance, $15 at the door. Continue reading…

“This was the first time I’d heard from him in the whole 14 months of the campaign,” Porter said. “He said, ‘Do you think I could persuade you to come over to my team?’”

It’s no surprise Buttigieg would call Porter. He’s been trying to prove he can win over voters of color, and Porter made history in 2018 when she became the first black person elected to countywide office in Johnson County. And long before her election victory, Porter had a reputation as a leading social justice activist, someone people of color and others who felt unrepresented could turn to for help and advice. Continue reading…

Cedar Rapids foodies, unite! It’s almost time for the eighth annual Cedar Rapids Restaurant Week, and someone needs to try all the food from the participating restaurants.

The nine days of restaurant-hopping kick off on Friday, Feb. 21, in an effort to attract customers during a typically slow time of the year for local businesses. Twenty restaurants — which are all locally owned and operated — were selected to participate. Continue reading…

The Iowa Democratic Party has finished their caucus recanvass. The Sanders campaign wants a recount.

Sen. Bernie Sanders will ask for a recount of the results of the Iowa Caucus, a member of the Sanders campaign said on Tuesday.

“We now believe a recount will give Sen. Sanders enough State Delegate Equivalents to put him over the top by that metric as well. We want to thank the people of Iowa, our supporters, our volunteers and everyone who made this possible,” Jeff Weaver, a senior campaign advisor, said in a written statement. Continue reading…

In honor of Galentine’s Day, and to cheer us up in the face of bitter cold temperatures, my daughter Isabelle and I headed to Vivian’s Soul Food for dinner. I had been once before, at their original location on 16th Ave SW in Cedar Rapids, for a Bernie Sanders event; I was impressed with the amazing food and the warmth and attentiveness of their staff, so I was excited to check out their new space and expanded menu. Continue reading…

“It’s too clean,” I proclaimed, eyeballing the stage set for Alan Ball’s best-known play a few minutes before the top of the show. “If Meredith doesn’t waltz onto that bedroom and immediately mess it up, I’m gonna riot.”

You see, as is often the case with me, I’ve been in Five Women Wearing the Same Dress before. Naturally, I have opinions. It can absolutely ruin shows that are done poorly. But, when a show is done well, that connection makes you appreciate it so much more. Continue reading…

TCR shows how to murder your way to the top, with humor and music

Theatre Cedar Rapids’ staging of A Gentleman’s Guide to Love and Murder, by Robert L. Freedman and Steven Lutvak, features an outstanding cast, ensemble and musical direction. Although based on a serious question (“What will people do to get what they believe deserve?”), this musical comedy is energetic and humorous throughout.

Much of that is due to Mic Evans, who plays Monty Navarro. Evans sings, dances and is complicit in a series of deaths that leads to his character’s rise, both socially and economically. Continue reading…

Dear Kiki: I’m twice my crush’s age. Do I have a chance in hell?

I am a single man; I’m 50 years old. I’m not a typical 50-year-old — I’m an artist, songwriter, performer and have always lived my life outside the mainstream. I’ve been married before and tried during that time to assimilate to a more expected life path. It was not a success. I need to live creatively, simply and not in service of making loads of money.

Anyhow, I have become friends over the past several months with a 25-year-old woman who has a similar disposition to me, has similar life goals and who I get along wonderfully with. I can tell I’m falling in love with her, but due to our age gap, I’ve been afraid to say anything to her. Continue reading…

The Sanders campaign publicly announced on Tuesday it would seek a recount of some caucus precincts following the IDP’s recanvass of 81 of the 1,765 Democratic precincts. Just as with the recanvass requests, the Sanders campaign publicly announced its intention to seek a partial recount before submitting its request, while the Buttigieg campaign made no announcement before requesting an even larger reexamination of the Feb. 3 caucus results. Continue reading…

Wine and classic cinema are making a comeback at NewBo City Market this Saturday night with the return of CinéVino.

Oeno- and cinephiles will have access to two screenings, wine tastings from various local wineries and one pour of wine. There will also be light hors d’oeuvres and chocolates served.

A surprise classic film will be screened, as well as Somm, a documentary following four candidates as they try to pass the Master Sommelier exam. The exam has one of the lowest pass rates in the world and tests the individual’s knowledge of all things wine. Continue reading…

Sen. Chuck Grassley said on Tuesday he’s considering running for reelection in 2022. But the 86-year-old said it’s too soon to make a firm decision yet, Iowa Capital Dispatch reported.

“You’ll have to ask me a year and a half from now,” Grassley said, following an appearance at the Cedar Falls Rotary Club.

The senior U.S. senator from Iowa will be 89 years old at the time of 2022 general election, and if he wins, he would be 95 at the end of that term. Continue reading…


Published Friday, Feb. 21
From now through the end of March, the North Liberty Community Pantry is holding its “Roll into Spring” campaign to collect rolls of toilet paper.

“A lot of people don’t realize we provide more than food,” said Jake Putnam, the pantry’s marketing and development coordinator. “Last year, we provided more than 10,000 rolls of toilet paper to the families we serve.”

But providing that basic need is a challenge for the pantry. Although there are nonprofits like Table to Table that help supply the food, there’s no similar organization to assist with toilet paper. Continue reading…

“… cries she / With silent lips. ‘Give me your tired, your poor, / Your huddled masses yearning to breathe free …’” — “The New Colossus,” Emma Lazarus

The New Colossus, directed and co-written by Academy Award-winning actor, Tim Robbins, was created in collaboration with the Actors’ Gang, the 39-year-old, Los Angeles-based company where he serves as artistic director. The troupe will be performing it at Hancher Auditorium on Saturday, Feb. 29 at 7:30 p.m., with Robbins in tow. Tickets are $10-20. Continue reading…

After more than a decade of superhuman blockbusters on the big screen, it’s hard to say if audiences are still hungry for another origin story. Willow Creek Theatre Co., Iowa City’s newest troupe, is staking their claim on the witty retelling of the rise of Hollywood celebrities, Matt Damon and Ben Affleck.

Mindy Kaling and Brenda Withers wrote and originally starred in Matt & Ben, a quirky, bizarre “off-off Broadway” hit. The play is a re-imagined peek inside the grimy apartment of the future stars of the Bourne series and Reindeer Games, respectively. Continue reading…

‘The Assistant’: A snapshot of our current conversation around sexual misconduct (the image isn’t pretty)

Kitty Green’s The Assistant is currently playing at FilmScene on the Ped Mall for the next two weeks.

Papercuts are not the only wounds that sear in Green’s masterful and mesmerizing feature film The Assistant (2020). Some hurts are untraceable, undetectable on the surface of one’s skin. While the industrial revolution altered the domestic sphere’s technology, the workplace also imported traces of domesticity, like the cleanup (literal and figurative) executed by that of an assistant. Continue reading… 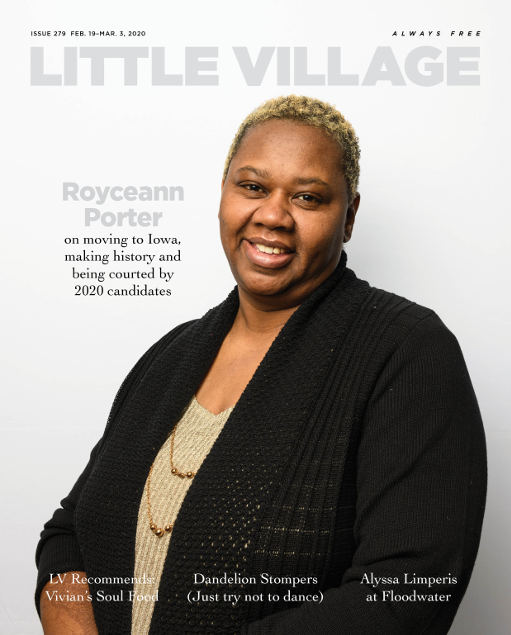