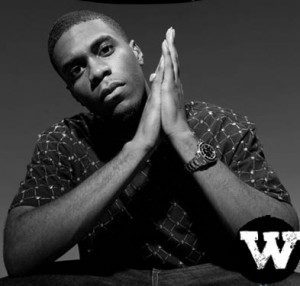 Before we walk through our usual day by day outline, there are a couple big, weekend long items to cover. For these I must refer you to their respective websites because these events have simply too much to cover in this short column.

This weekend is Camp Euforia, a two day music festival/camp out which takes place in the country just outside of Iowa City. The festival was created as a fan appreciation day for the band, Euforquestra. There are two stages that feature over 20 bands. This year’s headliners are William Elliott Whitmore, Split Lip Rayfield, Giant Panda Guerilla Dub Squad, Future Rocks, Heatbox, Head for the Hills, Roster McCabe, The Ragbirds, and of course, Eufórquestra.

The Iowa City Book Festival is also this weekend. This literary festival features readings and other events taking place at a number of local venues/university buildings. Be ready for a serious day of literature, because the festivities begin at 9:30 AM on Saturday.

Marc Cohn’s 1991 hit, Walking in Memphis peaked at #13 on Billboard’s Hot 100 and ended up winning him a Grammy. The song put Cohn on the map, and he has since released five more full length albums under his own name. Cohn’s style is piano driven soft pop, and likes to center his songs around love and relationships. He’s a sensitive dude with a heavy heart and an undeniable knack for songwriting.

Whenever there is comedy in Iowa City, I like to jump on it. This week it’s Iowa’s own, Scott Long. Long has been in the comedy scene for 15 years and has made it as a touring comedian and writer. He’s appeared on television and radio shows such as the Bob and Tom Show, ESPN, Fox Sports, and the XM comedy channel. He’s also written a book of essays entitled, Dysfunctional Thoughts of a 21st Century Man.

Singer/songwriter, Stuart Davis is an Iowa native, now residing in Lakeville, MN. In addition to his 14 full length albums, Davis has also dabbled in the arts of writing, directing and acting. He hosted and produced a television show, “Sex, God, Rock & Roll” which, as one might assume, centered around sex, spirituality and entertainment. In his recent performances he has worked in aspects of comedy and theater, whereas it was generally just music in the past.

If you want to talk about hot names in American hip hop right now, Big K.R.I.T. should be one of them. Big K.R.I.T. released his mixtape, K.R.I.T. Wuz Here, in 2010 and was signed to Def Jam records very shortly after. He’s collaborated with the likes of Curren$y, Wiz Khalifa, Mac Miller and Ludacris. Big K.R.I.T.’s debut album, Live From the Underground dropped last month and he’s been on tour supporting it. The record was just about a year in the making and peaked at number 5 on the Billboard 200 and topping nearly ever hip hop chart there is. He’s a member of the Pitchfork “Best New Music” club. The point is, this dude is the real deal. Casey Veggies and BIG SANT join K.R.I.T. on tour and will be opening the show.