From Mars to nanostars, skin cells to dog DNA, University of Iowa researchers are at the forefront of a wealth of scientific discoveries. Here are a few recently published projects. Illustrations by Jared Jewell 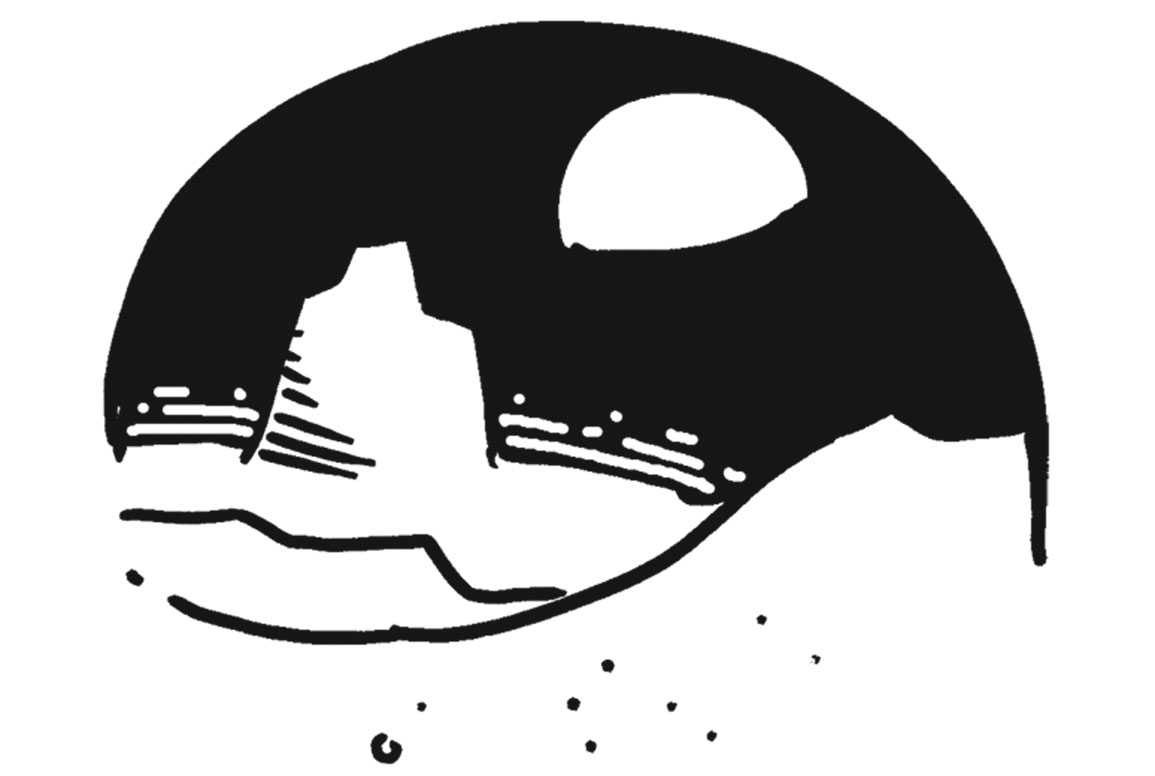 In November 2013, a $670 million space probe called the MAVEN (Mars Atmosphere and Volatile Evolution Mission) was launched towards Mars. The probe, filled to the brim with advanced electronics, reached the red planet 10 months later and began collecting data. Originally developed by NASA and the University of Colorado-Boulder, the MAVEN team includes many researchers, including Jasper Halekas, associate professor of physics at the University of Iowa.

His research group uses data from this probe to understand Martian environmental fluctuations. Halekas recently showed, in the journal Icarus, that Mars is losing gas from its atmosphere at a rate of 1-2 kilograms per second. This atmospheric loss accelerates climate change on Mars and, if trends continue, will hinder human colonization. 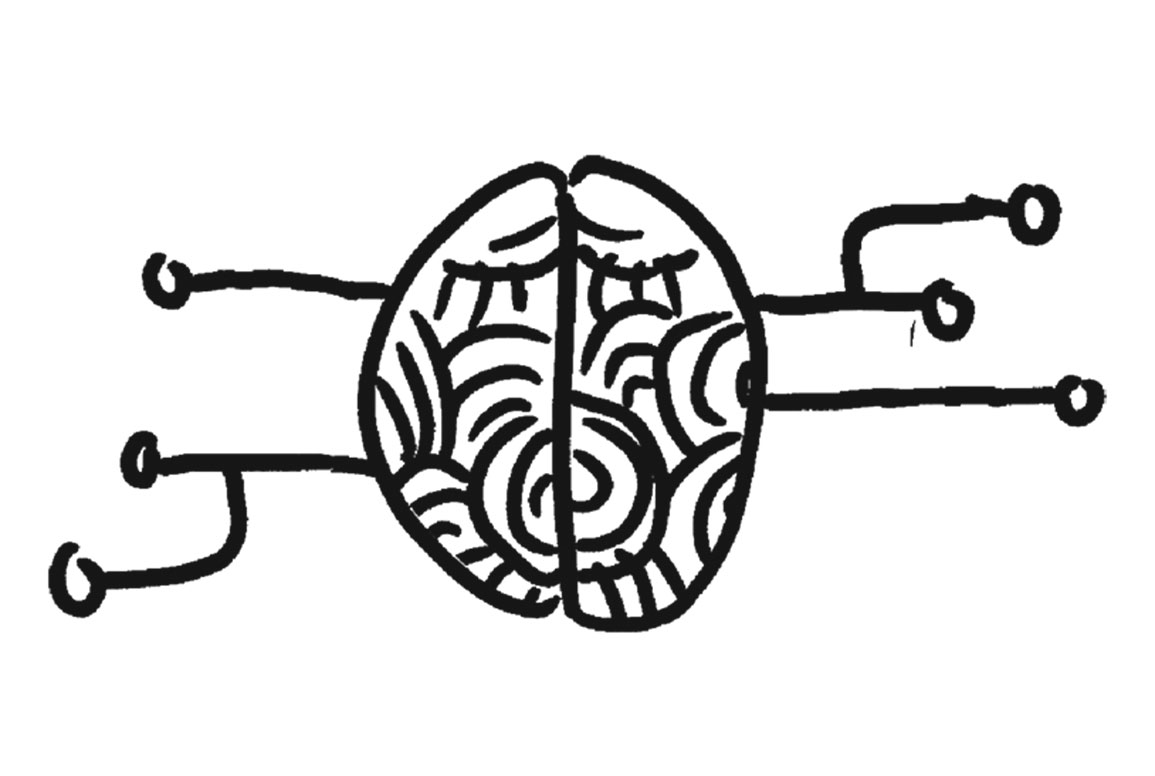 The National Institute of Mental Health estimates that 0.33-0.75 percent of people live with schizophrenia. Scientists at the Iowa Neuroscience Institute, including Thomas Nickl-Jockschat, a UI associate professor of psychiatry, study how parts of the human brain are altered in certain psychiatric disorders, including schizophrenia. 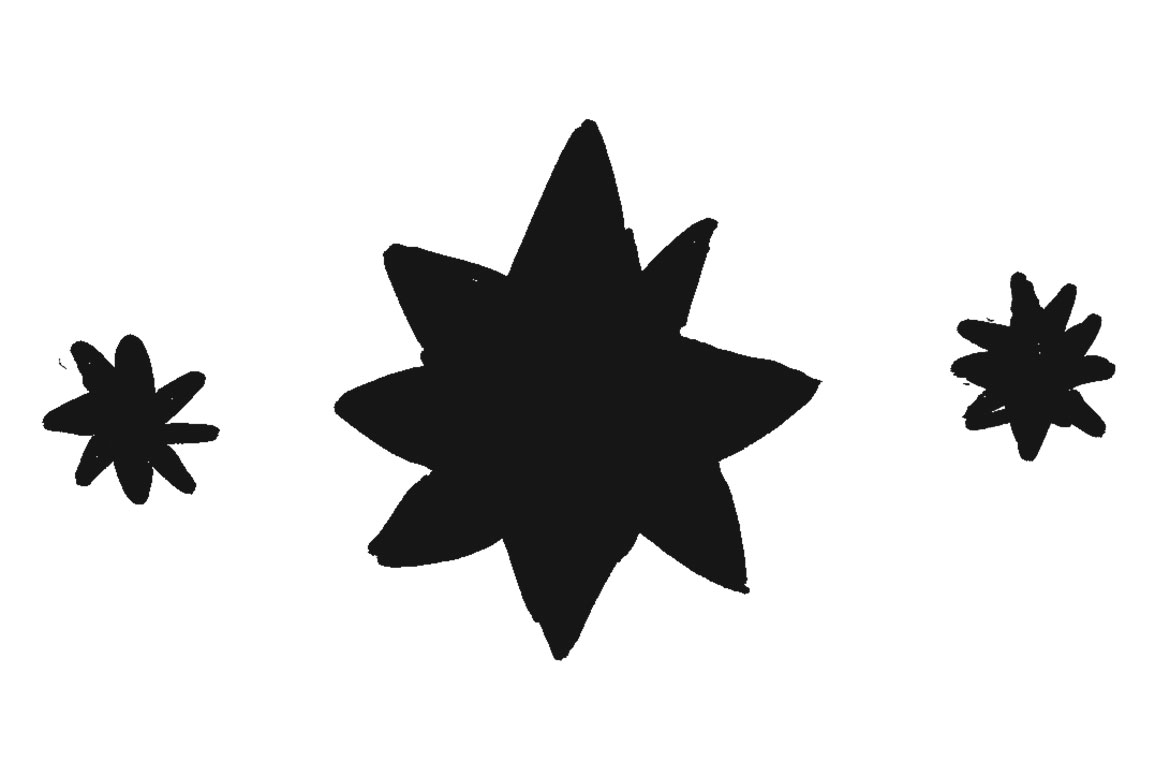 Written in the Nanostars

We drink uranium, the fear-inducing element associated with nuclear energy, every day. The Environmental Protection Agency allows uranium in public drinking water up to 30 micrograms per liter, but it’s hard to be confident in that concentration cap. One of the water-soluble forms of uranium is a chemical called uranyl, which contains uranium bound to two oxygen atoms. Unfortunately, uranyl is really difficult to detect, which means that it often goes unnoticed in drinking water.

Tori Forbes and Amanda Haes, both associate professors of chemistry at UI, developed a chemical-based method to detect uranyl. Previous methods to detect the compound were riddled with nonspecific readings, making it difficult to differentiate between uranyl and similar chemicals. Forbes and Haes overcame this problem by extracting the uranyl and then attaching them to gold “nanostars,” which improved the sample readings and enabled reproducible detection of the chemical, even in real-world settings. The study was led by graduate student Grace Lu and is published in the journal Analytical Chemistry. 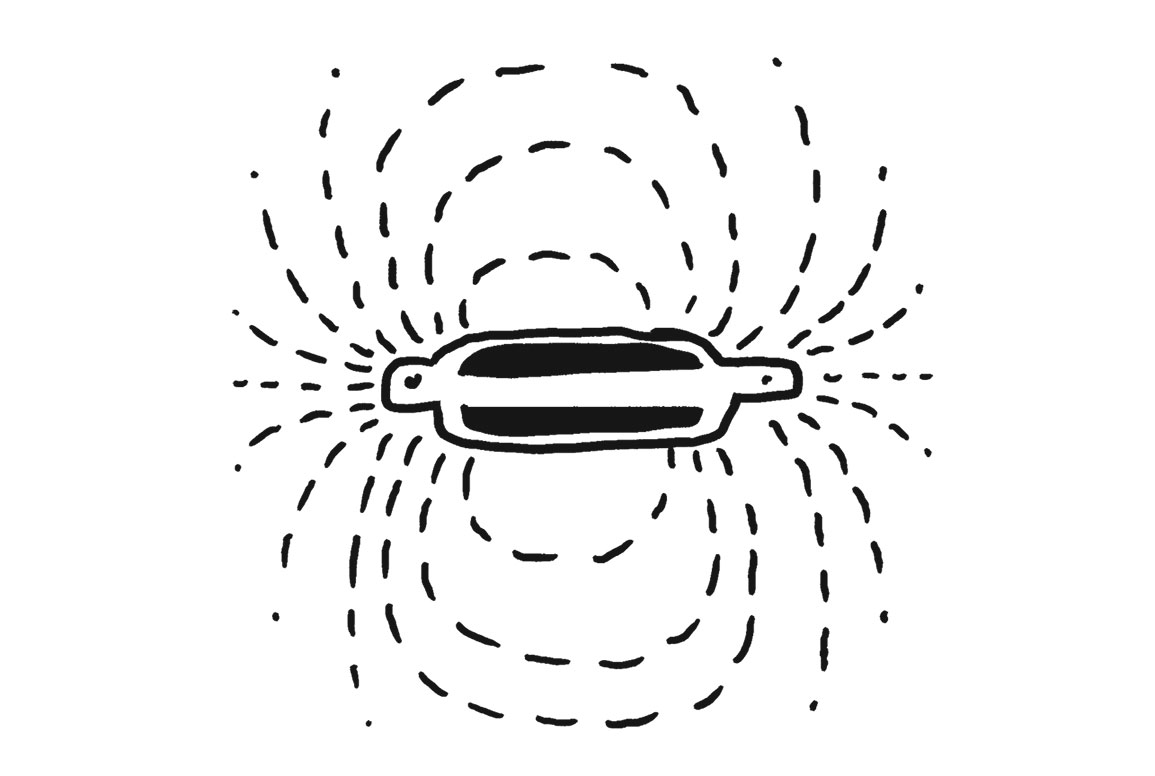 More than 3 million medical devices are implanted in patients every year. Of these, about 100,000 will need to be replaced via invasive surgery, typically because bacteria grow on the device and cause an infection. One option to prevent this is to coat medical devices in a substance that can be heated using magnetic fields, but the exact amount of heat needed to kill bacteria is unknown.

Eric Nuxoll, associate professor in the UI Chemical and Biochemical Engineering department, recently showed that heating bacteria at 60 degrees Celsius (about 140 degrees Fahrenheit) for 30 minutes is enough to kill them and prevent re-infection. The study, published in the International Journal of Hyperthermia, may help hospitals treat infections caused by medical devices without the need for additional surgeries. 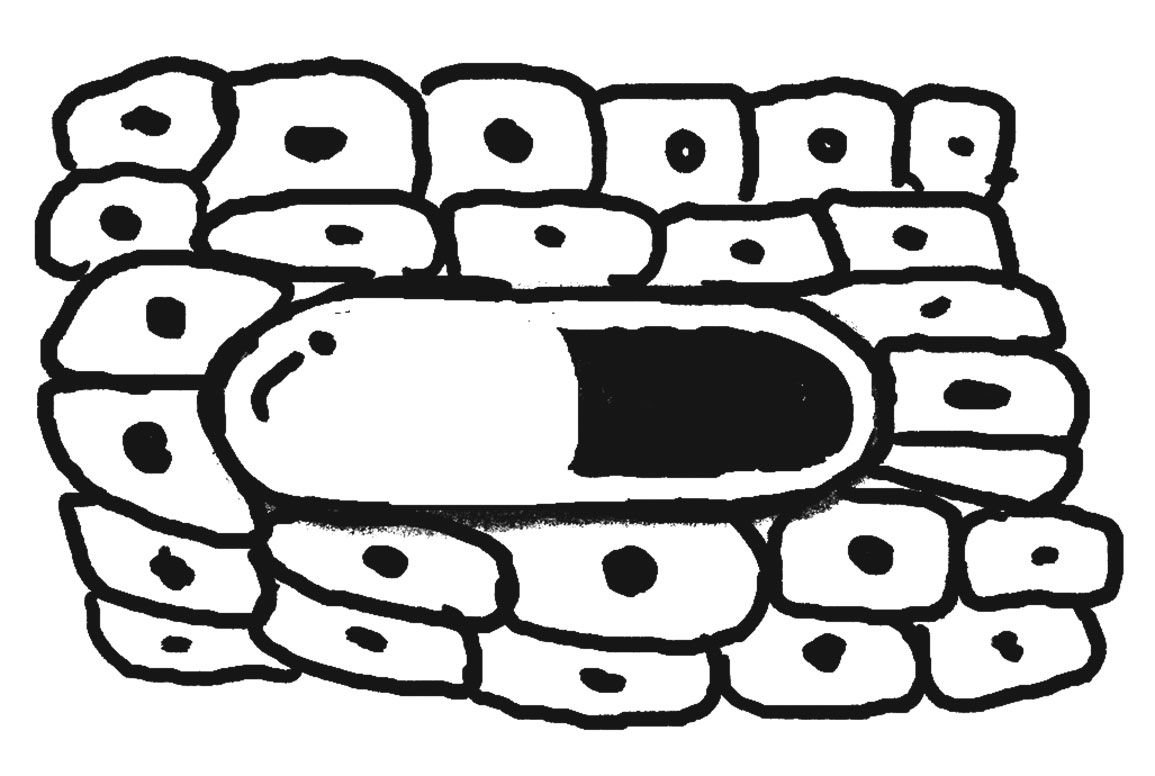 The Science of Healing

For decades, researchers have studied how cells sense and respond to nearby chemicals, but less is known about how cells respond to physical forces. Edward Sander, an associate professor in biomedical engineering at UI, wants to change that.

Sander and his team place keratinocytes, the cells that make up the outermost layer of skin, under high-powered microscopes and “poke” them with needles to understand exactly how our cells feel, sense and respond, and how they work together to seal injuries and heal wounds. Their findings may soon be used to develop therapies, or even engineer living cells directly, to assist healing.

“If we understand how these physical forces control keratinocyte behavior, then we can figure out new ways to intervene to speed up wound healing,” Sander said. 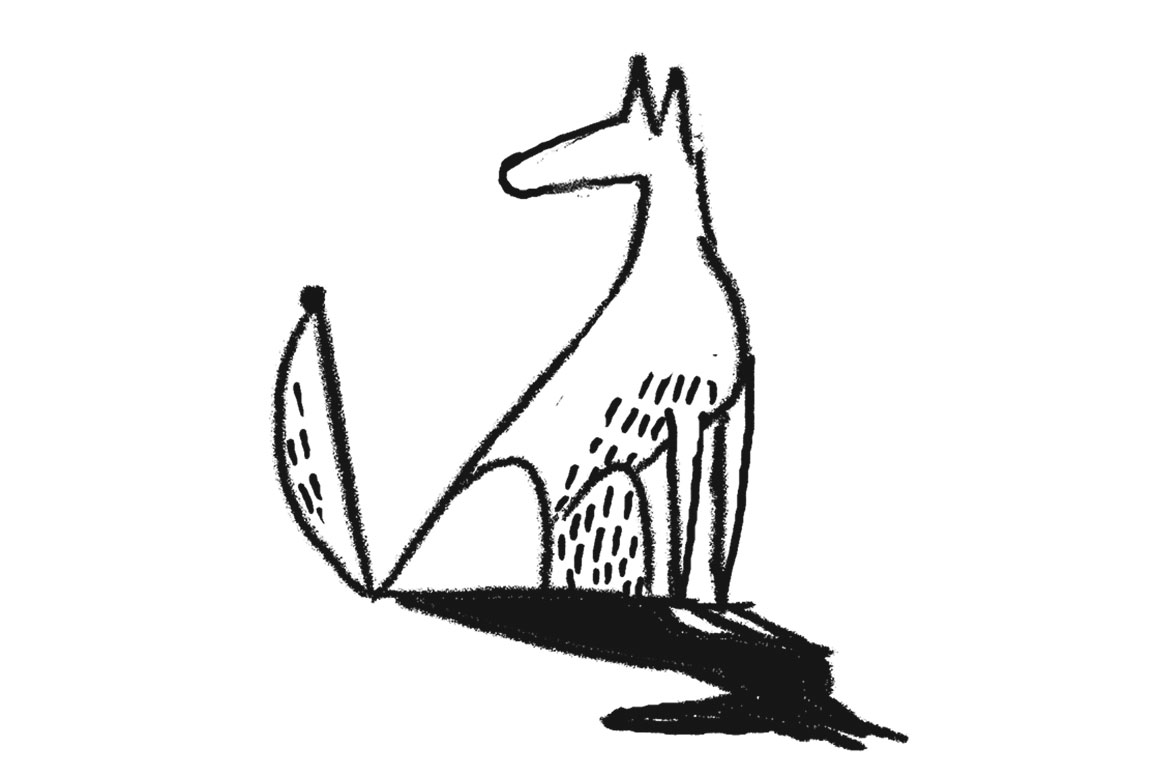 When prehistoric humans crossed the Bering Land Bridge, they weren’t alone. Scientists have confirmed the first Americans were towing dogs whose lineages can be traced back roughly 14,600 years. Their doggie descendants ruled North America for more than 9,000 years.

Andrew Kitchen, an associate professor in the UI anthropology department, said dogs were part of Native Americans’ “adaptive toolkit.” Kitchen was one of 50 researchers from around the world who collaborated on the study, published in the journal Science on July 5. Kitchen was responsible for analyzing the ancient dog mitochondrial genomes. It was a venereal tumor, passed from canine to canine through the millennia, that helped scientists track ancient dog DNA.

Unfortunately, this native dog breed appears to have been wiped from the gene pool after Europeans arrived in the Americas. This fact is tragic, Kitchen said, and another black mark on the history of colonialism.

This article was originally published in Little Village issue 247.