Questions about love, sex or relationship can be submitted to dearkiki@littlevillagemag.com, or anonymously using this form. Questions may be edited for clarity and length, and may appear either in print or online. 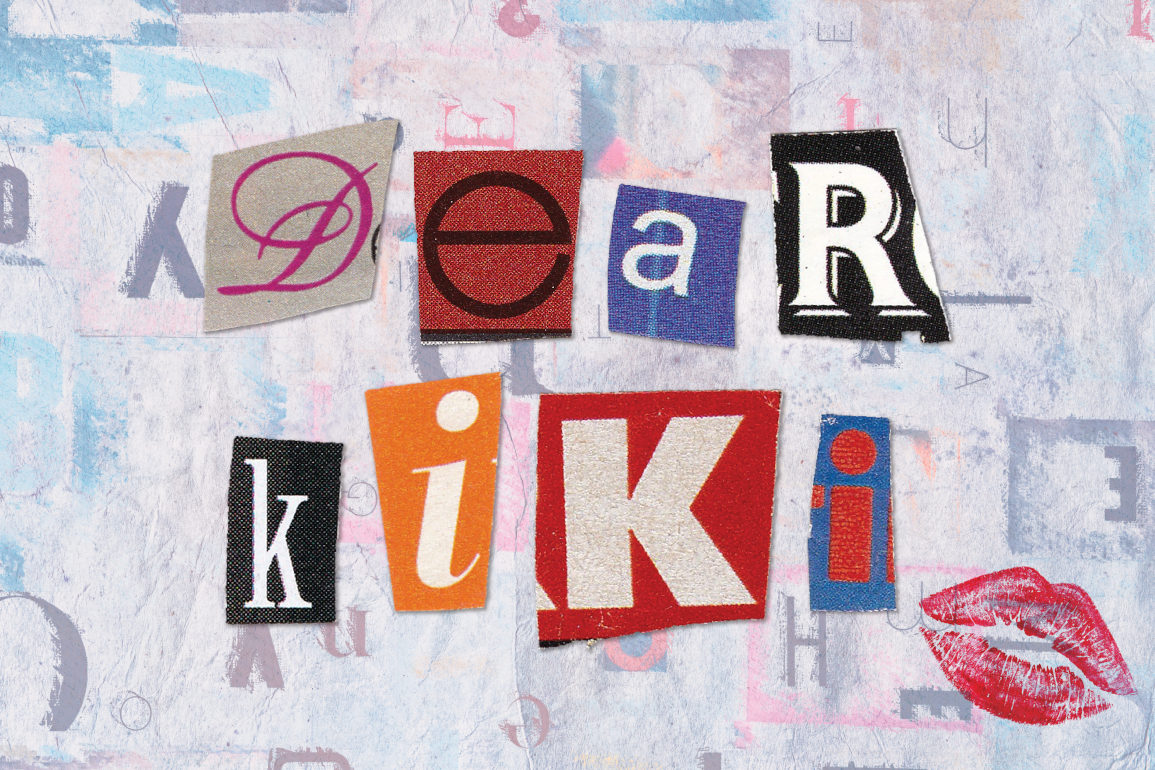 I recently ended an emotionally abusive relationship with my best friend of one year. We met when we were both very lonely and are in a challenging graduate program together. Our friendship progressed rapidly but turned toxic.

She has high emotional needs, and I started to feel more like her therapist than her friend. I encouraged her to seek therapy, and she became incredibly angry. I didn’t bring it up again for the following few months. During those months, she became increasingly controlling, and I decided to end our friendship. I debated for a while how to end things and ultimately decided to write a letter (1) because I thought I could better convey my feelings, and (2) she often twists other people’s words in conversation.

I dropped the letter off in her mailbox weeks ago, and we have not spoken since. Our final exams start next week. I have had friends tell me that she only read the letter this past week and is upset that I “decided to do this right before finals.” I think some of them believe her and think I’m in the wrong.

I just want this part of my life to be over, but now I feel guilty about how this situation played out. Was I responsible for making sure she read the letter? How do I finally get her out of my head for good?

I must point out that, while I’m certain you intended your sign-off to represent an action—the gerund “cutting,” what you’re trying to do to the ties — the term works just as well as an adjective. Those ties binding you to your friend are, in fact, cutting into you, harming you. Yes, it is important to take other people’s feelings into consideration. But at this point, you have to protect yourself. Guilt is holding you back.

You were not responsible for making sure she read the letter.

The cacophony of circumstances that could have been at play are overwhelming. Should you have made sure she wasn’t, say, out of town when you delivered it? Maybe. But can you control or even predict whether she set it aside and ignored it, or a mail carrier took it as outgoing by mistake, or or or or — NO. You made your choice and bear no responsibility for the fallout. Frankly, neither does she. Sometimes, the timing just sucks, and there’s nothing that can be done about it.

Remember, anger won’t help you any more than guilt will, in terms of protecting yourself emotionally. To get her out of your head, you need to let go. Accept that your mutual friends need to make their own choices, based on their own understanding of your personalities and behaviors, and that neither you nor she can truly control that.

When two people distance themselves from each other, “right” and “wrong” often end up having surprisingly little to do with how the situation plays out. Even if all heroes wore capes and all villains had goatees, the people closest to the messy center of things would still always see in shades of gray. There may even be people who see the situation with perfect clarity and nevertheless “side” with her.

It’s not easy. But only you can decide if you want to be blameless or you want to be healthy. Letting go means both letting go of controlling outside perceptions and letting go of the self you were prior to breaking free. Pretend for a second that you actually were 100 percent in the wrong. Does that change what had to be done? Does that change the responsibility you bear to write your new future?