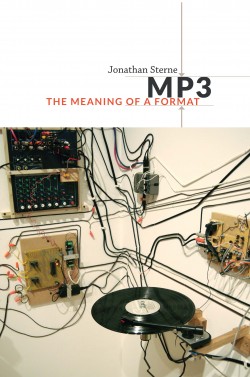 “One of nature’s greatest wonders is the ability of the human ear to distinguish among the millions of sounds around us. Each sound has a distinctive pitch, loudness, and quality….these characteristics are determined by the frequency, intensity, and of sound waves which your ears pick up and analyze.”

So begins The Science of Sound, a double-album released in 1959 by Folkways Records. Unlike their more famous recordings of folk and blues pioneers, this album was not recorded in some rural American scene, but inside the research facilities at Bell Telephone Laboratories. The album comes across as a series of short lectures in a course that might be titled Sound 101—starting with a track called “How We Hear” and moving through topics such as echo, delay, filtering, scales and, finally, the Doppler Effect. If you have the patience or interest to make it through all four sides of the record, a Bell Labs spokesperson tells you. “We hope you have found these acoustic phenomena entertaining as well as instructive.”

Two albums worth of sound lectures might only entertain a very small number of listeners today, but The Science of Sound first arrived during a period of intense interest in the physical and psychological properties of sound. The development of “hi-fi” stereo culture had enthusiasts assembling temples of audio fidelity in their living rooms; to make sure those systems were set up correctly, they needed a bunch of specialized sounds to play back on them. So-called “demonstration” or “test records” featured all kinds of sonic material at all kinds of volumes, from quiet, mechanically-generated tones to the booming of thunderstorms or locomotives. One such record boasted that it could help the listener identify problems with speaker phasing, channel balance, frequency response, cartridge evaluation, stereo separation, stereo spread, effective hum, rumble and flutter.

Even though very few people today have listened to The Science of Sound or other records like it, nearly everyone has been impacted by the science behind those recordings. According to Jonathan Sterne’s new book, MP3: The Meaning of a Format, the science of psychoacoustics and its connection to telecommunications research has shaped how we hear things for the better part of a century, from voices on the telephone to contemporary music through our headphones.

On the book’s opening page, Sterne says that while the project started out as “a brief comment on a contemporary phenomenon,” it soon turned into something much more, taking almost seven years to research and write. For those familiar with Sterne’s first book, the sprawling and theoretically dense The Audible Past, this should come as little surprise. Sterne’s intellectual strength is in his ability to connect technological ideas across media and genre boundaries; rather than tell histories of “film” or “radio,” for example, Sterne paints the history of technologies in broader (and deeper) cultural strokes. In this book, he spends a refreshingly small amount of time retreading debates about the mp3 that have become predictable and tiresome: What does the mp3 “mean” for the music industry? For enthusiasts of fidelity? For “the album”? For fans? For music pirates? These questions do get addressed, but the guiding questions behind the book are actually much different: How does an mp3 get to be such a small file? What data is lost when a music file is compressed? How is that decided? What ideas guided that research? Where did these ideas come from?

The answers to many of those questions point back to psychoacoustics, a scientific field that studies how humans perceive what they hear. An important early practitioner in this field was Carl Seashore, the man who now has a hall named after him on Iowa Avenue. In 1899, he patented the first widely-used “audiometer,” a device that could mechanically generate tones, which could then be manipulated in both pitch and volume. Such a device was long sought-after by practitioners in the field, who were generating sound in less consistent ways, including using their own voices. The legacy of Seashore’s audiometer has not only impacted how music albums get mixed (there are certain frequencies that we hear better than others), but also how hearing tests are administered in schools.

The mp3 has become a primary format for music consumption, and we all remember putting on headphones and pointing to our ears in elementary school. For those who never lost their fascination with sound, MP3 is certainly one of the most pressing books of 2012. As I write this, it is the eve of what would have been the 100th birthday of John Cage, the experimental music pioneer who has been widely celebrated in concerts and remembrances all over the world throughout the year. Yet, significantly, his name does not appear in the index of this book. Cultural types, the critics and music fans and what have you, are quick to their keyboards when presented with the opportunity to name people who have “changed music.” But in fact, the people who have really changed music—sometimes in radical, and nearly universal ways—are people whose names you haven’t heard, the Carl Seashores of the world whose work was not in music studios, but in labs. This book peels back the curtain on the work, revealing how what we hear has been shaped by how our brains decode sound itself.

Craig Eley is all ears.