Midnight and the Pale
www.societyofbrokensouls.com 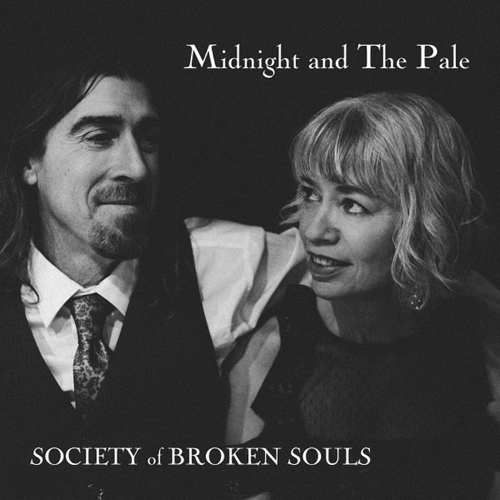 Dennis James and Lauryn Shapter are an Iowan roots/country duo who tour constantly around the middle of the United States. Their music is based in the folk tradition that wouldn’t seem novel 50 years ago.

Their hundreds of live shows are etched into every moment of their second album, Midnight And The Pale, due out April 13. The performances, both vocal and instrumental, are relaxed and deft. The guitars, fiddle and spare drumming outline the vocals minimally. The piano that anchors “Witness” comes as a shock after the first three sparsely arranged songs. Shapter’s tone is light and almost sly on that track, singing “I don’t need you to sweep up my spectacular mistakes” with a combination of self-deprecation and vulnerability.

The standout track is “Pretty,” which is a tale of madness and toxic patriarchy: “… pretty girls don’t yell, and pretty girls don’t cry.” The irony of the lyric cuts deep, presented as it is with a simple melody in Shapter’s airy, sweet voice. The delicate xylophone in the background cuts like a razor, and the background vocals are pretty and menacing at the same time.

Dennis James, on “A Hundred Miles,” is by contrast earnest and straightforward. “I chased a sorrow down a gravel road on my hands and knees,” he sings. His songwriting is more conventionally country than Shapter’s; you can imagine Tim McGraw getting a radio hit out of this song.

You can also imagine Tim McGraw going over the top and pushing it into bathos. Which illustrates what Society of Broken souls uniquely bring to this music; they give the songs their due and not a bit more. They recorded all the parts of this album themselves, but the overdubbed additions never overpower their core performances as a duo. Midnight And The Pale is restrained and modest, but in the end feels quietly epic. If that’s a paradox, well, who doesn’t love a good paradox?

This article was originally published in Little Village issue 240.