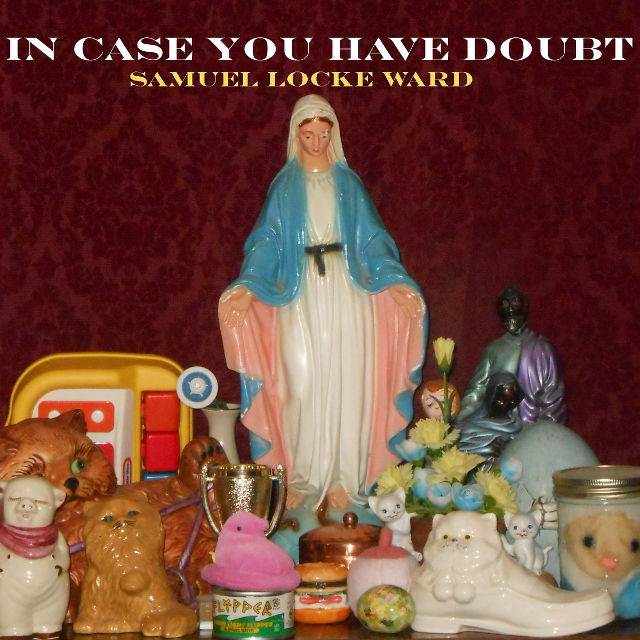 In Case You Have Doubt
samuellockeward.bandcamp.com

Iowa City’s under-employed over-achiever Sam Locke Ward is back with the 6th installment of his year-long “album a month” project, proving once again that he must not sleep in order to have the time to be this prolific. This latest album highlights his obsession with R Stevie Moore and The Beach Boys, not as imitation but as homage. Sam’s songwriting process is akin to what happens to obsessive Twitterers and Facebookers: If you write all the time, you increase in fluency and shorten the distance between the ideas in your head and their manifestations in the real world.

From R Stevie SLW takes a complete disregard for the sort of entertainer-esque pandering audiences expect from commercial pop. From the Beach Boys he’s assimilated the way they wrote instantly accessible music that still incorporates plenty of tricksy harmonic surprises. But his version of Sloop John B turns the Beach Boys’ sunniness on its head with distorted vocals of uncertain pitch, underlining the seagoing desperation of a sailing trip gone wrong.

This is the SLW modus operandi in a nutshell: He is helplessly in love with American pop music, but hates the shiny happy veneer that gets glued onto music built for mass consumption. By incorporating some deliberate ugliness, distorting its shallow glib surface funhouse mirror-wise, he’s trying for something more emotionally true and unsettling.

Kent Williams aspires to be the Rush Limbaugh of experimental electronic music.