Last month, Cedar Rapids became the first city in Iowa to introduce electric scooters, as part of its bike-share program. People who have yet to try the e-scooters — or the electric-assist bikes introduced earlier this year — can do so for free on Thursday, Oct. 3, for the city’s “Move More Week.”

Thirty scooters are available in various parts of the city, such as NewBo, Czech Village, Coe College and Mount Mercy University. The success of the bike-share program, which launched in May, led to the “inevitable question” of whether or not e-scooters should be added, said Bill Micheel, the city’s assistant community development director. Continue reading…

Legion Arts co-founder F. John Herbert announced on Saturday he is stepping down as executive director of the Cedar Rapids nonprofit after 28 years. His resignation took effect on Sunday, Sept. 29.

The arts organization, which operated the historic CSPS Hall in the New Bohemia District, started planning for a transition to a new generation of leadership two years ago, as Herbert, then 65 years old, and Legion Arts’ other co-founder Mel Andringa, then 74 years old, planned to retire. Continue reading…

Sen. Joni Ernst is fundraising off opposition to the impeachment inquiry, while avoiding public comment on the whistleblower complaint

On Friday, Sen. Joni Ernst sent out a fundraising email denouncing the House of Representatives’ impeachment inquiry of President Donald Trump as “baseless” and “threatening our nation’s basic principles of democracy,” even though she’d told reporters she hadn’t actually read the whistleblower complaint that’s currently at the heart of the inquiry.

“I haven’t read the full report,” Ernst told Robert Costa of the Washington Post on Thursday, before explaining she was busy focusing on ethanol-related matters. Continue reading…

Candidates for the Cedar Rapids City Council shared their vision and plans for the city at a Sept. 26 forum hosted by the League of Women Voters of Linn County (LWV).

However, when the second panel of the night began, featuring candidates for the two at-large seats on the November ballot, only two of the three candidates were present. Jorel Robinson’s seat was empty. Continue reading…

State Sen. Mariannette Miller-Meeks announced on Tuesday that she is running for the U.S. House of Representatives in Iowa’s 2nd Congressional District. The Ottumwa ophthalmologist becomes the second Republican in the race for the seat currently held by Rep. Dave Loebsack, who announced his retirement in April.

This is Miller-Meeks’ fourth run for Congress. She was Loebsack’s Republican opponent in 2008, 2010 and 2014, losing all three times. Continue reading…

Dec. 19, 2018. Like every year, local news stations ran anniversary pieces describing the cold case of Michelle Martinko, an 18-year-old woman stabbed to death in Cedar Rapids in 1979. The facts of the case were recounted. A tip line scrolled across the bottom of the screen. The weather report would be next, and Martinko’s story would be retired for another year.

But the Cedar Rapids Police Department had a busy day — perhaps their busiest since they began investigating the homicide nearly four decades ago. They recounted their exploits at a 7 p.m. press conference, and the next morning’s headline emerged right away: At last, a suspect has been arrested in the murder of Michelle Martinko. Continue reading…

Iowa City Community School District Superintendent Stephen Murley will not seek to extend his current contract with the school district when it expires on June 30, 2021. Murley announced his decision in an email to ICCSD parents, students and staff on Tuesday afternoon.

“As I look back on the past ten years, I am very proud to have been a part of a team that has done so much for our children,” Murley, who has been superintendent since 2010, said in the email. Continue reading…

Climate activist Greta Thunberg will be in Iowa City on Friday

Greta Thunberg, the 16-year-old Swedish activist who has become an international leader in the fight against climate change, will be in Iowa City on Friday. She will join local activists in the Iowa City Student Climate Strike for an event on the Ped Mall.

The Iowa City Student Climate Strike is led by City High classmates Massimo Biggers and Alex Howe (who were Southeast Junior High students when they began their demonstrations). The pair have cited Thunberg as an inspiration for their activism. Continue reading…

Cedar Rapidians with ambitions to scale Mount Everest are invited to do the next best thing: climb Mount Trashmore.

Next year’s Mount Trashmore Challenge will have participants make their way up the mound of garbage-turned-local-attraction 140 times — the equivalent of climbing Mount Everest. Continue reading…

Food is imperative to a dining experience, of course, but in my opinion, it’s the windows that really define an eating establishment. Hear me out: When a ray of sunshine enters through a pane of glass and accentuates the dramatic peaks and valleys of a scoop of curry chicken salad?

‘Punk was about action!’: A new documentary, 16 years in the making, charts punk history

“I remember first hearing about punk in Newsweek or Time magazine in the summer of 1976, when we were living in Afghanistan,” mused Minor Threat drummer Jeff Nelson, whose father worked for the U.S. State Department. Nelson was born in 1962 in South Africa and lived in other far-flung places before the family settled in Washington D.C., where he attended Woodrow Wilson Public High School. Continue reading…

A tour hosted by the nonprofit group Save CR Heritage will highlight the historic qualities of Cedar Rapids Community School District (CRCSD) elementary schools — 10 of which will be demolished and replaced.

Cedar Rapids historian Mark Stoffer Hunter will be leading the tour on Friday, Oct. 11. Attendees will be transported by school bus to see schools on the closure list, as well as former school buildings that have been repurposed. Continue reading…

A chemistry teacher at Waterloo West High School has been placed on administrative leave after posting a Facebook comment about not having his “sniper rifle” for Greta Thunberg’s visit to Iowa City.

Matt Baish made his comment on a Facebook post sharing Little Village’s story about Thunberg joining the members of the Iowa City Student Climate Strike for a rally in downtown Iowa City on Friday. Continue reading…

First came squeals from people near the stage, then a roar of cheers. The crowd of more than 3,000 gathered at the intersection of Dubuque Street and Iowa Avenue Friday afternoon for the Iowa City Student Climate Strike rally, quickly switched to a chant of “Greta! Greta! Greta!” as the 16-year-old Swedish climate activist Greta Thunberg took the stage. She was joined by students who, inspired by her work, have led the local climate strike since March, and a few local politicians.

“I don’t think any one of us expected this many people,” Thunberg said at the beginning of her remarks. Continue reading…

Local officials and high school climate activists were joined by @gretathunberg and a massive crowd at the intersection of Dubuque Street and Iowa Ave today for a call to action and to show support for the ongoing climate strike. 📷@hellowneumann #iowa #iowacity #midwest 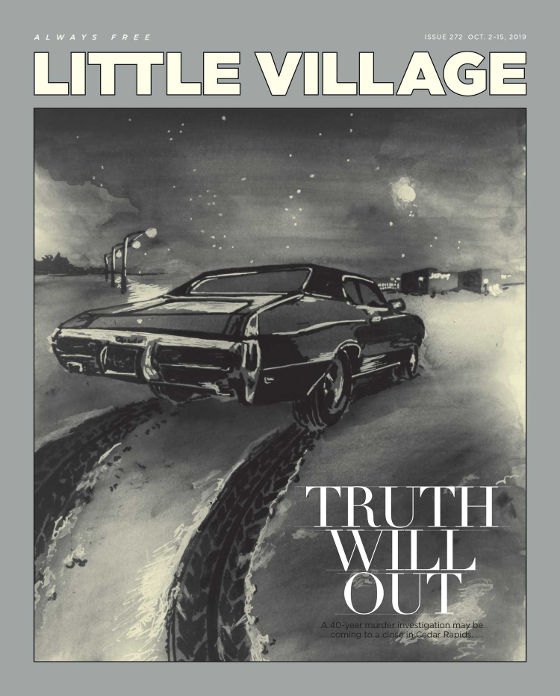