Amazon is getting real-world real estate in Iowa City, and will give you the chance to deliver its packages (if you have $30,000)

Online retail behemoth Amazon will expand its physical presence in the Iowa City area, leasing the former Procter and Gamble distribution center on Heinz Road. Amazon has not yet publicly announced its plans for the 346,062 square-foot facility in southeast Iowa City, but it’s been reported the building will serve as what the company calls a “last-mile delivery station” for package delivery in the surrounding area.

The online retailer has delivery center employment positions in Iowa City listed on its site, and on Thursday, Amazon will be holding an information session for anyone interested in working as an Amazon Delivery Service Partner. Continue reading…

Mark Cady, chief justice of the Iowa Supreme Court, died on Friday. The death of the 66-year-old justice was announced by his family on Friday night.

Stage lights cast a blue hue on a lone mic as attendants trickled into the Englert Theatre to see the IC Speaks showcase on Saturday night. About a dozen students from West, City, Liberty and Tate high schools filled the first two rows on the theater’s west side.

In the hour and a half that followed, the students got up one by one to stand at the mic and pour their hearts out, addressing issues of mental illness, self harm, race and gender through spoken-word poems. Continue reading…

“Every now and again it seems the universe bestows upon humanity one of those ethereal and affable personalities that end up changing the world for the better. Here in Cedar Rapids, Iowa, we had one of those personalities in Dr. Percy Harris. As far as heroes go, he was the exemplar,” Linn County Supervisor Stacey Walker wrote in Little Village after Harris died in 2017 at age 89.

That same year, Walker and Supervisor Ben Rogers — who was delivered by Dr. Harris — looked for a way to honor the esteemed physician and his wife Lileah, who died in 2014 at age 83. The couple were civil rights pioneers and important community leaders in Cedar Rapids. Continue reading…

The dancing of Pete Buttigieg’s supporters has been attracting attention on social media recently, but according to Politico, the South Bend mayor’s first-place finish in the most recent Iowa Poll also inspired someone who isn’t one of his supporters, Sen. Joni Ernst, to dance.

The Republican senator’s dance wasn’t just celebrating Buttigieg’s nine-point lead in the new poll, but the possibility that the impeachment of President Trump could be a disadvantage for presidential candidates in the Senate ahead of the Feb. 3 Iowa Democratic Caucus. Continue reading…

Patients will be able to park for free in UIHC’s ramps starting on Dec. 3

Patients at the University of Iowa Hospitals and Clinics will be able to park for free in UIHC’s four parking ramps on its main campus starting Dec. 3, UIHC announced on Monday. Currently, only the first 30 minutes of parking is free, after which patients pay $1.20 an hour, with a maximum payment of $10 a day. Continue reading…

Six Iowa City parks, the Ned Ashton House and Oakland Cemetery will be closing early almost every day in December, so sharp shooters can target deer without endangering the public, the Iowa City Police Department announced on Tuesday.

From Dec. 1-22, these selected city properties will be close each day at 3 p.m. and remain closed until dawn. Continue reading…

The Cedar Rapids City Council unanimously approved amending the city’s future land use map and rezoning the land near the Rompot neighborhood and Prairie Park Fishery, bringing Cargill one step closer to realizing its plan to build a 200-car railyard.

Emotions ran high during the Tuesday night city council meeting, which included approximately three hours of public comment. Unsurprisingly, most speakers opposed the plan. Even before the meeting, the council had received 37 objections to Cargill’s railyard. Continue reading…

Just hours after Joe Biden’s stumbling, and occasionally confused, performance in the 2020 Democratic presidential debate on Wednesday night, his campaign announced an 18-county tour of Iowa. The former vice president’s “No Malarkey” tour will start in Council Bluffs on Nov. 30, and conclude with an appearance in Cedar Rapids on Dec. 7.

The times, venues, formats and other details of the tour stops were not included in the campaign’s press release. Continue reading…

Wayne Messam ends his run for president, before most people realized he was running

Wayne Messam, probably the least known of the 26 Democrats who have visited Iowa in pursuit of the party’s 2020 presidential nomination, has dropped out of the race. Messam, the mayor of Miramar, Florida, announced he was running in March.

“Although the campaign goal of becoming President was not realized at this moment, I could not be more thankful for the many supporters including my family, friends and so many Americans I have had the awesome opportunity to meet on the campaign trail all over this nation,” Messam wrote in a post on Medium on Wednesday. Continue reading…

The Full Kit is closing in Davenport, months after its Iowa City store closed

The Full Kit in Davenport is closing, owner Mitch Dettman announced on Friday. The closing of the Davenport store comes just eight months after Dettman closed his Iowa City store.

Theater Cedar Rapids opened Matilda the Musical, based on Roald Dahl’s book Matilda, on Nov. 15 with a high energy number that sets the tone for the whole show. The song, “Miracle,” poses the question: Who is special, and who decides? The choreography (Erin Helm) is outstanding in this number, and that carries throughout the show.

From there, the audience is invited into the various locales — the Wormwood home, Miss Honey’s classroom, the library — where Matilda not only reads stories but spins tales herself. Continue reading…

@lascafeteras and @contra_tiempo have been teaching peace through movement and sound this week in Iowa City. Join them tonight as they take that message to the Hancher stage. 🎥@jasonlevismith 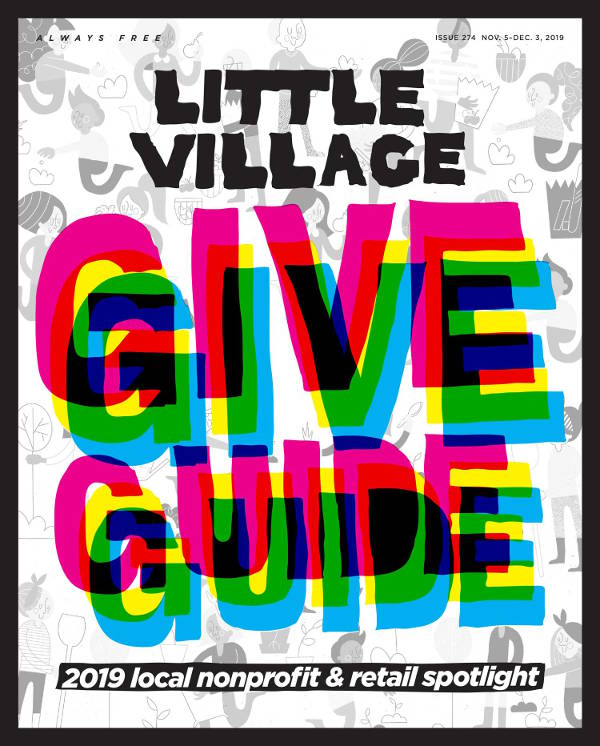