A dark money group has increased its efforts to support a bill (SF583) that would let utility companies impose new fees on homeowners and businesses that install solar panels. The REAL Coalition of Iowa was incorporated as a nonprofit on Jan. 23, apparently to support the House and Senate versions of the bill.

A dark money group is a nonprofit that engages in political activity but does not disclose its funders. Continue reading…

The Republican-led Iowa Senate passed a bill imposing work requirements on Medicaid recipients on a party line vote on Tuesday. SF538 would require Iowans determined to be “able-bodied” to work at least 20 hours a week at a job or as a community volunteer, or to attend school for that amount of time, in order to receive Medicaid. Medicaid enrollees would need to report their status to the Iowa Department of Human Services (DHS) twice a year. Continue reading…

People in the Midwest favor legalizing marijuana more strongly than people in any other part of the country, according to a new national opinion survey. The General Social Survey (GSS), conducted biennially by the National Opinion Research Center at the University of Chicago, has been tracking public opinion on marijuana since 1973.

A majority of respondents in every region favored legalization, but 2018 was the first time that sentiment was strongest in the Midwest. Continue reading…

Iowa saw one of the biggest increases in students arrested at school of any state between the 2013-14 and 2015-16 school years, according to a new report from the ACLU. While arrests of students at schools increased 3 percent nationwide during that period, Iowa saw an increase of 105 percent, going from 601 arrests in 2013-14 to 1,230 arrests in 2015-16. Continue reading…

Related: After a bit of shopping, Beto O’Rourke discussed his ‘white privilege,’ Senate run, DACA and more in CR

Out this week: Little Village issue 260 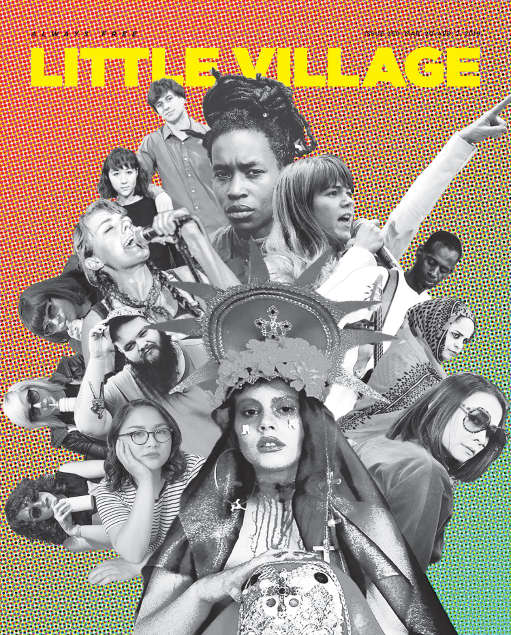