Retired Navy Admiral Michael Franken announced Monday that he is running for the U.S. Senate. Franken, who grew up in rural Sioux County, Iowa, and currently lives in Sioux City, is the fourth candidate to join the race for the Democratic Party nomination. The winner will face incumbent Sen. Joni Ernst in the November 2020 general election. Continue reading…

Ex-Rep. Joe Walsh, a former Trump supporter with a history of racist statements, is running for president

Republican Joe Walsh announced on Sunday that he is running for president. The former one-term congressman from Illinois, who is now a radio talk show host, said on ABC’s This Week with George Stephanopoulos he’s running because President Trump is “nuts, he’s erratic, he’s cruel, he stokes bigotry.”

Walsh had been a supporter of Trump, and voted for him in 2016. Continue reading…

At its Wednesday meeting, the Iowa City Council Economic Development Committee (EDC) will consider a proposed nine-story apartment building that Tailwind Group wants to construct behind the three Ped Mall buildings that stand between the Graduate and the Wells Fargo building.

Tailwind Group is a property management company based in Mankato, Minnesota, best known locally as the owner of The Quarters at Iowa City, a student housing complex. It owns all three Ped Mall buildings. Tailwind purchased what is being called “the Crescent Block,” which houses Union Bar and Revival, from the Ruth V. Swisher Revocable Trust in 2017 for $2.9 million. Continue reading…

Sen. Kirsten Gillibrand drops out of the Democratic presidential race, leaving only 20 2020 candidates

Sen. Kirsten Gillibrand ended her presidential campaign on Thursday. With Gillibrand’s exit, the field of candidates for the Democratic Party presidential nomination has shrunk to 20.

“I know this isn’t the result we wanted. We wanted to win this race,” the New York Democrat told her supports in a Twitter post. “But it’s important to know when it’s not your time, and to know how you can best serve your community and country.” Continue reading…

Letter to the editor: Why are you not antifa?

The recent resignation of adjunct professor Jeff Klinzman from Kirkwood Community College has focused attention on the activist group antifa. On Aug. 22, KCRG’s Jeff Scheinblum aired an investigative report, digging up comments by Klinzman on Facebook that some people might find offensive, but the headline was Klinzman’s claim that he was antifa. Continue reading…

The field of candidates is now set for the Iowa City Council election in November. Incumbents Pauline Taylor, who represents District A, and District C’s John Thomas are both unopposed, and there are three candidates for the two at-large council seats: Megan Alter, Laura Bergus and Janice Weiner.

Both at-large positions are open seats in the election. In April, Mayor Jim Throgmorton announced he would not seek reelection to his at-large seat. Rockne Cole, another at-large councilmember, decided in July not to run for another term. Continue reading…

On Wednesday, Ring — a company that sells doorbells outfitted with security cameras, saving footage to users’ smartphones — released a map showing the 405 police departments it has partnered with in a video-sharing program. In Iowa, only two departments have joined the program: the Polk County Sheriff’s Office and the Iowa City Police Department.

According to the map, ICPD began their Ring partnership on Aug. 6. 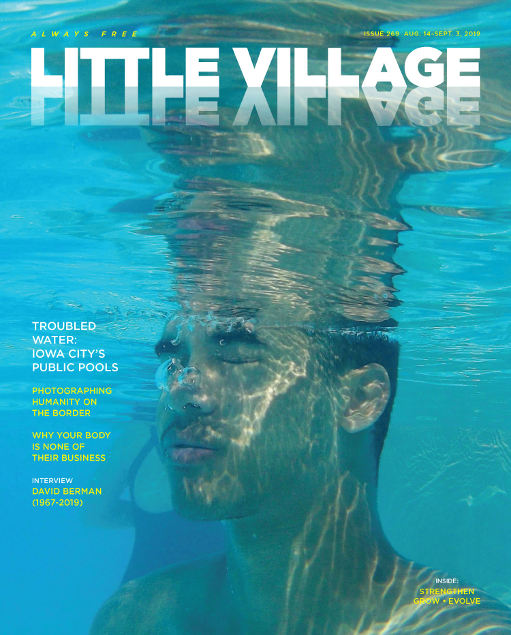