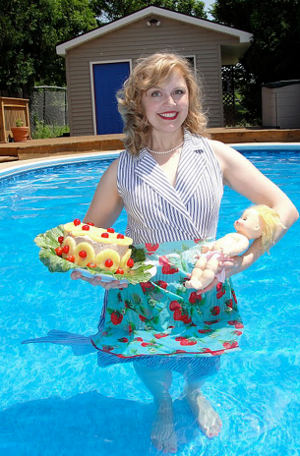 Megan Gogerty’s new solo show Feet First In The Water With A Baby In My Teeth runs Sept. 9 – Oct. 2 at Riverside Theatre

Coralville Center for the Performing Arts

The Coralville Center for the Performing Arts celebrates its community spirit with homegrown acting company Circle City putting on the musical Hairspray. Once upon a time musicals started as stage shows and became movies; nowadays the reverse seems to be the case just as often–Hairspray started its life as a John Waters film, and it was later made into a stage production by Mark Shaiman, Scott Wittman, Mark O’Donnell and Thomas Meehan. The story, set in Baltimore in 1962, involves a teenager who first campaigns to be on a TV dance show and, in the manner of all musicals everywhere, succeeds against overwhelming odds, and then, for good measure, seeks to integrate the show. It is truly a community production: Local actors play many parts and it should be a fine way to celebrate the opening of the area’s latest performance venue. Shows are Sept. 9, 10, 11, 16, 17 and 18. Tickets are available by calling 319-248-9372 and more information is at citycircle.org. 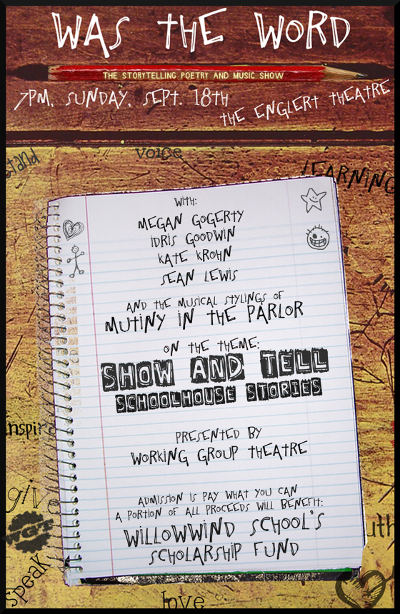 Feet First In The Water With A Baby In My Teeth

Riverside Theatre has long advertised itself as hosting “Big Drama in a Small Place,” and thus it has also long been a haven for one-person shows. The latest of these is Feet First In The Water With A Baby In My Teeth, written and performed by Megan Gogerty and directed by Alexis Chamow. The excerpt on her website (megangogerty.com) includes a discussion of the demerits of strollers (or, as they’re called these days, “travel systems”) with 16 cupholders, but the promotional materials promise fun even for those who aren’t parents. The show opens Sept. 9 and continues through Oct. 2. Tickets are available at riversidetheatre.org or by calling 319-338-7672. There will be a talkback session following the matinee on Sept. 11.

Working Group Theatre members were spread far and wide this summer: Producing Director Martin Andrews spent some time in Barcelona co-directing the Freedom and Focus International Voice Conference, while Artistic Director Sean Lewis and Associate Artistic Director Jennifer Fawcett spent three weeks in Rwanda working with students there to write and produce an original play. They now return to Iowa City with a potentially fascinating spoken word and music series called Was the Word. This reviewer fondly hopes that someone in the production will say “What’s the word?” at some point. The show starts on Sept. 18 at the Englert and will recur each month–although with a different theme–through March, with a break in December. Each month will benefit a different local nonprofit–admission is a freewill donation, and 20 percent of the proceeds will go to benefit the chosen group. Mutiny in the Parlor, the jazz and blues group, will be the house band for the shows. Find out more about these performances at workinggrouptheatre.org. 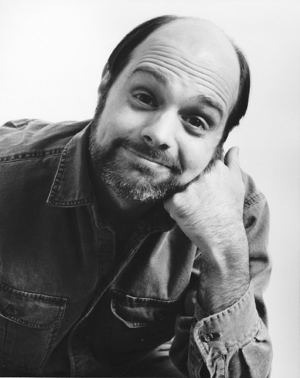 Joe Raiola is a comedian, not an actor, and he portrays himself in his one-man shows, but they’re dramatic enough to qualify for this column, and as the senior editor of Mad magazine he is well worth seeing if you need a first amendment booster shot. He’ll be doing his one-man show American Heretic for one night only on Sept. 23 at 8 p.m. at the Englert. Tickets and more information are available at englert.org. (And speaking of amendments, it’s been awhile since we’ve had a trivia contest around here. The first person to get back to me with what is protected in the third amendment to the US Constitution wins the fabulous prize of getting his or her name in the paper next month. And no cheating–you can’t look it up! Write to me at thestage@littlevillagemag.com)

Arthur Miller’s 1953 drama The Crucible is a play about the Salem Witch Trials that is actually a play about the McCarthy era, sort of the way that M*A*S*H was a TV show about Korea that was really a TV show about Vietnam. Most productions of The Crucible focus on the political themes, but Miller was no one-trick pony–there’s more to the play than that. In Dreamwell’s production, expect to see a character study torn between their desire to stay true to themselves and their need to conform to the world around them. As an added bonus, you can participate in a discussion of the play at the Coralville Public Library on Sept. 29 at 10 a.m. as part of the library’s Stage on the Page series. The show opens Sept. 30. Tickets are available at dreamwell.com.