Thomas Hotka didn’t have a grand plan in mind when he began publishing Nextuus: The Search for the Ocean Shard as a web comic.

“I just got the idea to do it that way,” Hotka said. “And it’s free to post online.”

That makes the whole endeavor sound rather casual, but the truth is Hotka has been committed to his comic for a full decade. His love of creating comics goes back even further.

“I’ve been writing comics since elementary school just to entertain myself,” Hotka said. 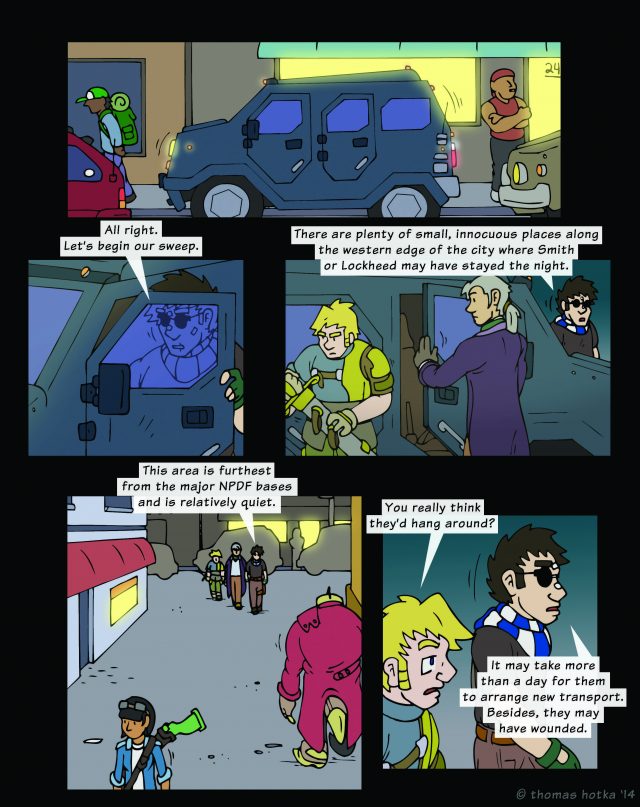 Hotka, who grew up and resides in Des Moines, works as a trainer for Half Price Books. This job takes him to a variety of stores, including the Cedar Rapids location.

“It’s a good gig and still flexible enough that I can pursue this,” he said. “But I don’t pursue a lot of other hobbies because I don’t have time.”
That’s true, in part, because Hotka holds himself to a strict publishing schedule. A new page of Nextuus appears each Tuesday, Thursday and Saturday. It is creeping up on 1,000 pages.

“When I started out, I was doing it just for me, so a schedule wasn’t important,” he explained. But as the comic caught on, he dedicated himself to advancing his story with three pages each week.

The story “follow[s] a group of treasure hunters pursuing an item of great value. It’s a standard McGuffin.” It’s a sci-fi/adventure tale, though Hotka said he focuses on the adventure and avoids the research true sci-fi might require.

What shines through, both when you talk to Hotka and when you read his ever-expanding magnum opus, is that he’s having great fun. His visual style makes extensive use of facial expressions (and of hidden faces behind various masks). Even in moments of danger and tension, humor underpins his narrative. Nextuus is the kind of story that will appeal to fans of Star Wars or The Adventures of Buckaroo Banzai Across the 8th Dimension or The Hitchhiker’s Guide to the Galaxy.

Hotka accomplishes all of that with humble tools. 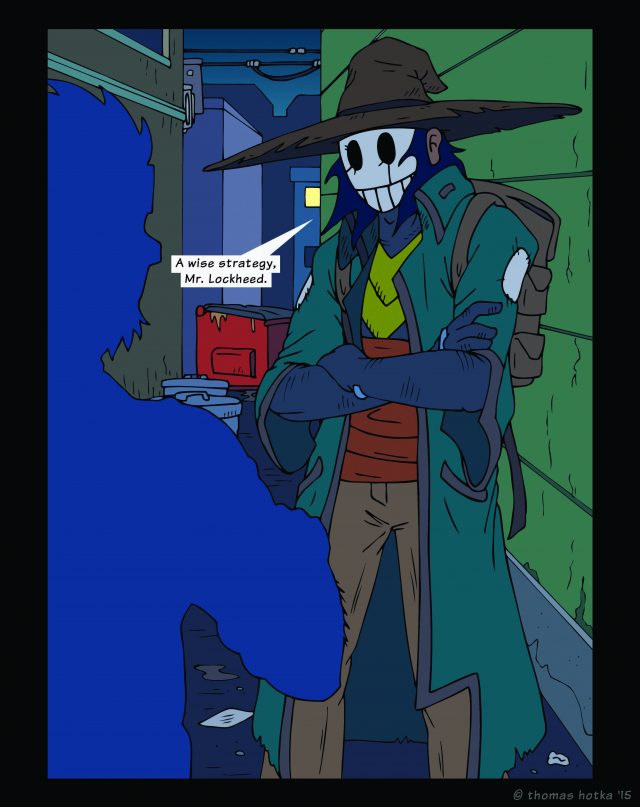 “I’m pretty low-tech,” he said. “All of my pages are written on regular paper with regular pens.” He then scans the lines and uses “a lot of fill tool” for the colors. He draws the comic at the actual size it will appear online. “There’s no scaling up,” he said.

Hotka’s personality and enthusiasm for his project allow the web comic format to serve him well. He provides commentary for many of the pages and keeps a running conversation going with his readers. He also encourages fans and other artists to create images of his characters, which he shares in the comments section of each page.

Nevertheless, he decided fairly early in the project that he should produce physical books as well.
Though he’s quick to admit that he “[doesn’t] know anything about ‘real’ comics,” he also said he was convinced “getting a first book out was important.”

The challenge was transferring what worked on an electronic page onto a physical page.

“It was really interesting putting my first book together, because I hadn’t designed it for that. Now I draw them with that in mind.”
Hotka’s friend Trey Petersen gets a co-writer credit on Nextuus. Hotka said Petersen helps him brainstorm ideas, punch up dialogue and get out of corners he’s written himself into. “He’s kind of my idea man.”

But Hotka is the primary force behind the comic.

That show is enjoyed by a dedicated fan base.

“I don’t pull down huge numbers, but I have people who check it out every time a new page comes out,” Hotka said.

For now, that seems to satisfy him.

“I don’t have big aspirations to work for a big comic company. I like telling my own stories … I like to tell people this is what I do, but do I want to try to make it a sole source of income or am I happy with it being a passion project? I don’t know. It’s crazy to think about this stuff.”

You can read Nextuus online here. The print editions are available from retailers including Daydreams Comics in Iowa City, Next Page Books in Cedar Rapids and Alter Ego Comics in Marion.

Born colorblind and therefore convinced he’d never enjoy graphic forms of storytelling, Rob Cline was first bitten by the comics bug in college. The resulting virus lay dormant for many years before it was activated by the inscrutable work of Grant Morrison. Now Cline seeks out the good and bad across the comics landscape as the Colorblind Comics Critic. This article was originally published in Little Village issue 210.