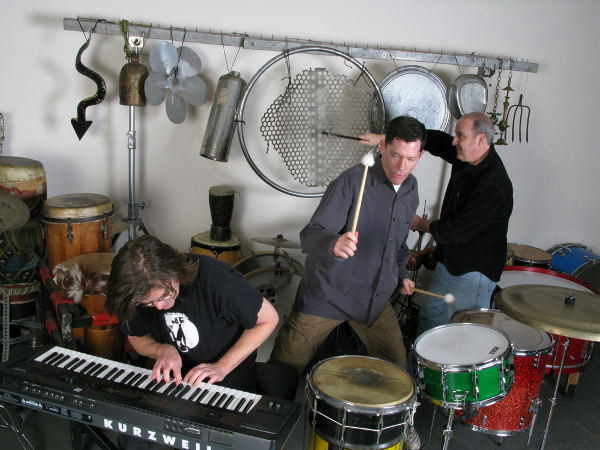 Richard Wagner dreamt of a Gesamtkunstwerk, “a total artwork,” a theatrical production that puts the entire human imagination into play and expresses nothing short of the truth. Metropolis–Fritz Lang’s operatic, balletic, mythic, expressionistic, crazy, nightmarish, silent movie–is about as gesamt a Kunstwerk as there is, especially if you add to it the live music of the Alloy Orchestra, who will perform their great score to a screening of a restored Metropolis on Sept. 30 at the Englert Theatre. 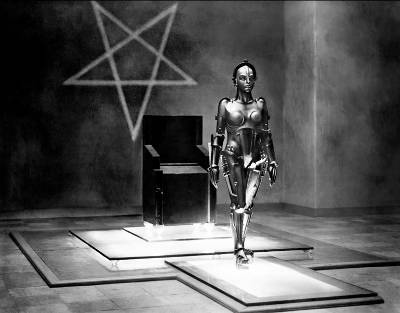 The most expensive silent film ever made, Metropolis was released in 1927, but it was cut drastically after its premiere in order to be more commercially viable. Over the following decades, various mangled versions of this German-expressionist sci-fi masterpiece have managed to mesmerize viewers. In 2008 a near-complete copy was miraculously found in the basement of a Buenos Aires museum. Though Metropolis has been restored numerous times in the past few decades, this recent re-release of the movie is the most complete version of Fritz Lang’s original vision and its most gorgeous restoration. Even the added scenes, which show their grainy wear-and-tear, are oddly beautiful.

The future Metropolis envisions for the early twenty-first century is of an economy gone awry. Powerful capitalists lord it over the working poor who cling to a religion of hope until they finally get so mad that they organize into a populist rebellion and lash out at the very institutions that sustain their existence. What strange ideas about the future they had back then! 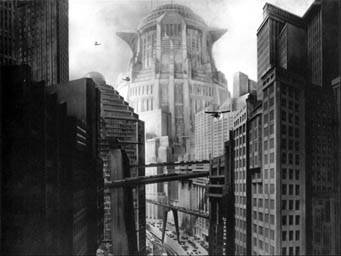 Actually, one of the many joys of Metropolis, an allegory built out of allegories, is to try to puzzle out its politics. The movie has been admired by Marxists, Catholics, Hitchcock and Hitler. Fritz Lang, who eventually fled Nazi Germany, is clearly critical of capitalism and power-politics; however, in my opinion, he’s most fearful of the destructive, fascist energies of the mob.

But it’s not the politics that makes Metropolis so great. It’s the movie’s tremendous visual power and inventiveness. To get into the spirit of it, you need to remember that the movies were originally motion pictures, not projected dramas of everyday life. Fritz Lang draws freely on the entire history of art to construct his dystopian, melodramatic, over-the-top vision. Surrealism mingles freely with expressionism. The candlelit quiet of La Tour bursts suddenly into the bustling imagination of Bruegel. In true sci-fi fashion, Lang in 1927 employs the entire future repertoire of movie camerawork–including unsteady, subjective, handheld shots–to create his overwhelming effects. Watching the movie is like having a magic art gallery scroll before your eyes, one where the paintings splash and move.

But what really completes it as a “total artwork” is the music. Its original score by Gottfried Huppertz blends Wagner, Strauss and old Latin hymns. Since then, Metropolis has been scored multiple times, not only by freewheeling movie-theater pianists, but by the techno-DJ Jeff Mills and the 80s pop group Moroder, whose lineup included Adam Ant, Billy Squier, Freddy Mercury, Bonnie Tyler and Pat Benatar. At the Englert we get to hear what has become the definitive musical interpretation for our time by the Alloy Orchestra, a three-man group out of Cambridge, Massachusetts that collectively composes and performs mesmerizing scores to silent movies.

The Alloy Orchestra has performed versions of their score to Metropolis upwards of 500 times over the past twenty years, rewriting and rearranging it after every restoration. Though the members of the band are all experienced rock musicians, their score isn’t exactly rock. The keyboardist Roger Millers, also well known as a cofounder of Mission of Burma, describes it as “post-rock,” adding, “While our score has strong classical underpinnings, there is a sense of urgency: the music wants to burst out of the movie. We have no interest in being distracting, but the over-the-top scenes often call for a wildness that is most approachable through rock music.”

When the Englert Theatre was reopened as a community arts center in 2004, what I immediately imagined as a perfect use of its gorgeous space was a great old movie with live contemporary music. After seven years my dream has come true–a lot better than Fritz Lang’s century-long wait for a restored Metropolis!