The movies have a strange relationship with the mass shootings that have recently plagued our country. When the police arrested James Eagan Holmes for the massacre at The Dark Knight  in Aurora, Colo., he identified himself as the Joker. Before Gangster Squad could be released, a scene had to be cut because it featured a shootout in a movie theater. Jack Reacher was supposed to premiere on Dec. 15, but, because the shooting at Newtown happened the day before, its release was postponed. The movie begins with a sniper gunning down civilians with a high-powered rifle

Ever since the Sandy Hook Elementary shooting, so horrific that it challenges language itself, politicians and commentators have piously proclaimed that we should have a discussion about violence in our culture. Personally, I’d prefer silence to hearing suggestions about arming kindergarten teachers. But if we have to talk about our fascination with guns and brutality, then this movie critic would like to make a few suggestions.

First, don’t say that we should have a discussion about violence in our culture. Either have the discussion or don’t. Just proclaiming that we need a discussion about a social issue is unhelpful. It wraps the speaker in an irritating veneer of morality without any real substance. 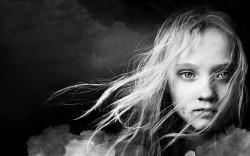 The well-known musical based on Victor Hugo’s epic, Lay Meezayrahbl—or “Less Miserable,” as my son calls it—is now a movie with Hugh Jackman and Anne Hathaway. In some ways it is less miserable than shelling out hundreds of dollars to see it on Broadway. Once you get past Russell Crowe’s singing, it is actually pretty good.

Support Tipton’s historic theater by making a Valentine’s reservation for you and your sweetheart. The candlelit dinner in the beautiful venue includes wines from a local winemaker, chicken Kiev or roast beef with various side dishes and desserts from local vendors. To make a reservation, email thehardacre@gmail.com or call (319) 325-6593.

Second, don’t assume that there’s a single effect, good or bad, that movies have on the population. Depictions of violence can shock or deaden, delight or disgust, seduce or repulse—often simultaneously. Sometimes movie violence insinuates into our psyches destructive impulses and negative emotions. Sometimes it purges us of them. The even thornier fact is that the effect of screen violence depends to a degree on the spectator. Heath Ledger’s Joker stirs up a blend of attraction and revulsion in most people. The character serves as an imaginative way of grappling with those anarchic energies that both reveal and destroy society. To James Eagan Holmes’s imbalanced mind the Joker was not only deeply sympathetic but became a rebel yell.

Third, remember that guns are supremely powerful symbols for Americans. Liberals often disdainfully marvel that so much of the population fervently clings to their guns. But even the most superficial knowledge of movie history shows that guns are fundamental to American mythology. Over and over our Westerns and crime movies show how, in the hands of a moral character, a gun founds and protects democracy. If gun-control supporters need to remember that guns are the symbol of what freedom requires to be established and maintained, NRA nuts should work on drawing a slightly sharper distinction between reality and Dirty Harry.

Fourth, stop whining about violence on screen. For dark and mysterious reasons people need depictions of violence. They’ve always been a big part of culture, from its lowest to its highest forms. The ubiquitous image of Christian civilization involves the most brutal form of torture. The question is how the violence is depicted. What assumptions are invoked? What attitudes are solicited? Of what value is the story that gives violence meaning?

Finally, I’d like to suggest that our over-consumption of imagined violence is due to our increasingly tenuous connection with real violence. In our last election cycle there was shockingly little debate about Afghanistan, drones and the endless “war” on terror. Everybody piously talks of “supporting our troops,” but few families, including those of our elected officials, encourage their sons and daughters to serve in the military. Those who do serve have been asked to shoulder horrible burdens. In 2012 the military suicide rate hit a record high. That is what we should be discussing.

If anything, our movies reflect our troubling inability to come to terms with real violence. I could go on about the adolescence of our moral vision as reflected in Tarantino’s revenge fantasies and our craze for superheroes, zombies and vampires. But consider Zero Dark Thirty, which director Kathryn Bigelow calls a “reported movie” based on “firsthand accounts.” It begins with emergency calls from the World Trade Center on 9/11. It ends with the killing of Osama bin Laden. Within that frame the drama portrays, among other things, the waterboarding of a suspected terrorist. Zero Dark Thirty has been both criticized and praised for implying that torture was instrumental in bringing Osama bin Laden to justice. Others, including Bigelow herself, have defended the movie for presenting what happened without “an agenda.” In other words, the movie holds the mirror up to our moral character, and we see nothing reflected.