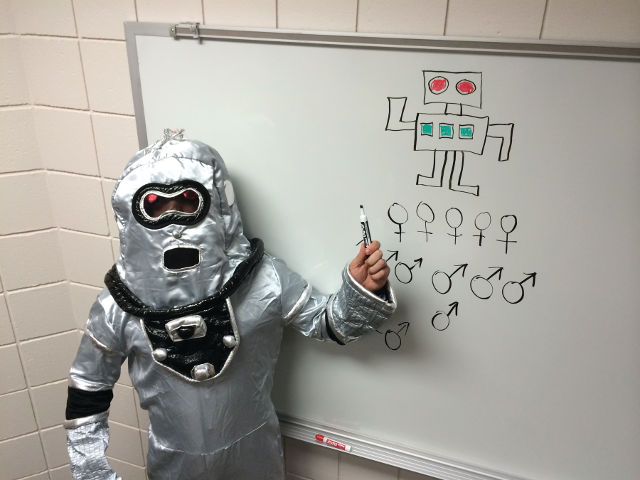 Protesters will gather from 4:30 – 5 p.m. on Friday, August 29 on the top level of the Marriott Coralville Hotel parking ramp. The march begins at 5 p.m. RSVP on Facebook

In 1979, University of Iowa football coach Hayden Fry had the visiting team’s locker room walls painted pink. Fry said he did it because “pink is often found in girls’ bedrooms, and because of that some consider it a sissy color.” In 2005, UI doubled down by adding pink urinals, showers, floors and lockers. Many Hawkeye fans find it funny, while others see it as a leftover from a time when coaches motivated players by calling them “homo,” “girl” and in Fry’s own words, “sissy.”

Amazingly, top administrators still defend this move; it’s as if the university has sided with the jocks who used to beat up the “queers” in high school. Does a pink locker room directly lead to violence against women and gay people? No. But it does reinforce the repeated narratives about being a man that kids are exposed to from a very young age—which creates subtle and harmful ripple effect.

UI Chief Diversity Officer Georgina Dodge recently defended this archaic tradition, vehemently denying that it has anything to do with pushing masculine buttons. She claimed Fry was merely a “psychology buff” who believed pink was a “calming color.” Even though UI’s justifications are laughable, this is no laughing matter because homophobic and sexist insults are deeply ingrained in locker room culture. In the face of this institutional stubbornness, RoboProfessor has called for a Million* Robot March to delete Kinnick Stadium’s pink locker room forever.

*robots may vary from one to one million, humans also welcome

About the Million Robot March

How to Join the Robots