Democrat Rita Hart took the lead in the race for the open seat in Iowa’s 2nd Congressional District, after the Jasper County Auditor’s Office corrected a mistake in the vote totals it reported on Tuesday.

After the correction, Hart moved ahead of Republican Mariannette Miller-Meeks by 162 in the district’s unofficial vote total. On Tuesday night, the Iowa Secretary of State’s Office had Miller-Meeks winning by 282 votes out of the total 393,963 votes cast.

But that figure reflected an error made by a worker in the Jasper County Auditor’s Office. The worker incorrectly recorded the totals from the Clear Creek-Poweshiek precinct, which covers the city of Mingo.

“It was a human error, like a lot of things that happen,” Auditor Dennis Parrott said during a news conference with Secretary of State Paul Pate at the Jasper County Courthouse in Newton on Friday morning.

The error was discovered on Thursday as Parrott’s office was reviewing vote totals. After trying unsuccessfully to resolve the discrepancy in the vote count from the Clear Creek-Poweshiek precinct, Parrott contacted Pate’s office for assistance late on Thursday afternoon. With the help of the Secretary of State’s staff, the problem with the count of the precinct’s 591 votes was resolved, Parrot said.

On Friday morning, the unofficial vote count for the congressional district was updated on the Secretary of State’s site. It now shows Hart with 196,603 votes and Miller-Meeks with 196,441 votes.

“We’ve got it right now, but we’re going to prove that by doing a recount,” Parrott said. 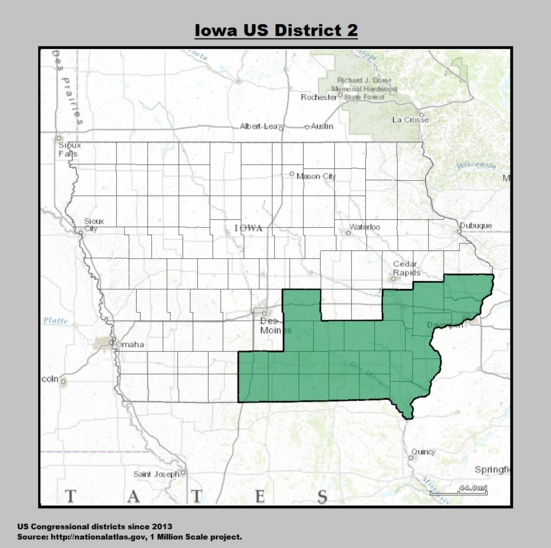 His office will be conducting a machine recount of all the votes in the county, and at the instruction of Pate, will do a hand recount of the votes from Clear Creek-Poweshiek.

Parrott estimated the machine recount will take about four hours, and the hand recount “at least a full day. Maybe a little more.”

The recount will take place at the Jasper County Emergency Operations Center in Newton, starting on Saturday morning.

The recount will be open to anyone who wants to view it, Parrott said, to ensure transparency. He repeatedly emphasized that the counting error was unintentional.

“Any question of impropriety is way out of base,” Parrott said.

“We do not agree with the Jasper County Auditor and the Secretary of State’s Office that there has been sufficient transparency concerning the machine irregularities and the auditor’s own claims that human error in the tabulation process arose after results were reported,” said a statement issued by the Miller-Meeks campaign after the news conference in Newton. “We have demanded additional information because those unexplained discrepancies have the potential to alter the election outcome. We expect to receive that information immediately.”

The “machine irregularities” mentioned in the statement appear to be a reference to Jasper County’s scanning and tabulating machine having a ballot jam on Thursday when the auditor’s office was recounting ballots. Some ballots were torn before the jam was cleared.

Deputy Auditor Tina Mulgrew told the Newton Daily News the jam and the tearing would not affect the count.

“We’ve got plenty of observers watching that process,” she said. “It’s all done out in the open.”

“As we have said consistently, Iowans’ voices must be heard and their votes accurately counted. It is thus critical that county auditors ensure all results are accurate. We understand that the county auditor of Jasper County is undertaking an administrative review to ensure that the vote totals from that county — which have been verified by Iowa’s Republican Secretary of State Paul Pate and the Jasper County auditor, and which show Rita Hart leading by 162 votes — are accurate. We are confident by the end of this process that Rita Hart will be the next congresswoman from Iowa’s Second District.”

No vote totals are currently official in Iowa. Absentee ballots sent through the mail will still be counted if they were postmarked by Nov. 2 and are received in an auditor’s office before noon on Monday. The official certification of the votes will take place on Tuesday, when county board of supervisors vote to accept the official canvas of their county’s vote.

After the certification of the vote, any campaign with a candidate on the ballot has three days to request a recount, Pate explained during the news conference on Friday.

In response to a reporter’s question, Pate said that recounts typically don’t result in an significant changes, but would not speculate on what the Jasper County recount would show.

Parrott also noted that small errors are typical in every election.

“In almost every election, there’s a minor issue … We correct things all the time,” he said. “This just happened to be a correction in the middle of a very, very tight race. And it’s consequential.”