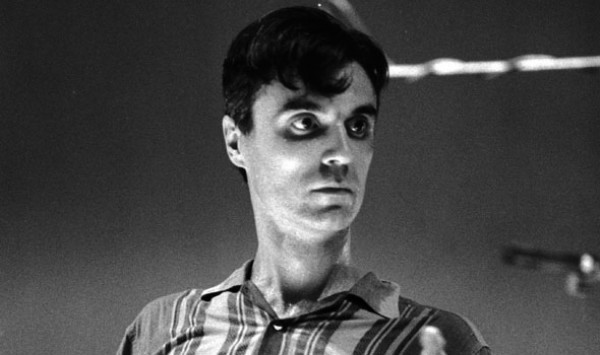 I recently watched David Byrne give a Power Point lecture on the economics of the music industry. That a man with a flair for dramatic presentation, a wisp of a man who famously wore an outrageously large suit in a concert documentary, a punk-rocker who was singing at CBGB’s since before his new collaborator, St. Vincent, was born, an artist and producer who counts Brian Eno among his close friends, a man who defines “cool” by most definitions of that word, a man who is among a handful of living people deserving of the title “musical genius,” would adopt the technology of choice for boardroom douchebags is in itself a testament to just how pressing the issues surrounding recording, touring, and digital distribution have become for musicians of all sizes and statures.

Once pitted as a series of “us vs. them” standoffs—fans vs. corporate suits, independent musicians vs. music pirates, “free culture” advocates vs. copyright law loyalists—the debates about who should pay for music when, and where, and why, have finally evolved into more nuanced reflections about the nuts and bolts of “how music works.” This, conveniently, is the title of Byrne’s new book, which transmutes his near-unrivaled music and arts industry experience into a definitive resource on the creative, technological, and economic processes that shape the organized sounds we identify as “music.”

Byrne’s book arrives at a time when first wave of legitimate “post-Napster” online businesses is starting to really flourish. Apple and Amazon’s digital storefronts are leading the market of mp3s for sale, and Swedish startup Spotify has successfully made the leap to the United States, competing with and in some cases overtaking some of the other players in the streaming and renting market like Rdio, Rhapsody, and Pandora.

Yet Byrne’s slide show dramatically, but perhaps unsurprisingly, illustrated that the growing marketplace for digital sales does not, in most cases, translate into more money directly into the pockets of working musicians—even as costs for physical duplication and distribution have essentially disappeared. This is because everyone has their hand in the pie, from the digital stores, to the record labels, to all other variety of middlemen.

Byrne, being David Byrne, didn’t let these slides tell the whole story. Instead, after his brief presentation, he sat down in conversation with David Lowery, frontman for 90s college rock band Camper Van Beethoven and subsequent crossover project Cracker. The conversation, which started off as a combination of friendly banter and the most honest appraisal of personal finances I’ve ever seen—at one point, Lowery’s quarterly royalties statement was displayed—soon devolved into a soapbox for Lowery to blame nearly every tech company he could think of for why artists weren’t making the money on records that they made in the 90s. First among his targets were Google and Apple, who, in his appraisal, have built billion-dollar industries (iTunes and YouTube) on the backs of working musicians who receive far too little composition. This is position that Lowery has advanced before: after an intern named Emily at NPR wrote a relatively innocuous post about the widespread availability of free music and her generation’s inclination to take it, Lowery penned a 4000 word diatribe that at one point blamed music piracy for the death of two of his friends (seriously, Google it).

Lowery’s penchant for exaggeration and seemingly blind rage became apparent during the Q&A, as the audience pressed him on issues related to touring, the internet as a marketing tool, and the accessibility of music technologies to a wider variety of people. Lowery couldn’t really adequately address any of this, and ultimately just blurted out, “Why can’t we all just pay for music again?” While the response received a smattering of applause, it was indicative of his inability to imagine a future outside of 1990s models (and ridiculous label overspending), which, not coincidentally, was when he was the most successful.

Thankfully, Byrne provided a saner, and ultimately more humane counterpoint to these positions, and though at some point he couldn’t get a word in edgewise on stage, his ideas and general attitudes permeate How Music Works. To paraphrase fictional Detective Lester Freamon, David Lowery is a man who follows the pirates, and when you follow the pirates you get music addicts and internet service providers. David Byrne, on the other hand, follows the money, and if you follow the money, you don’t know where the fuck it’s going to take you. Which is why How Music Works, to its credit, doesn’t claim to search for definitive “answers,” but instead outlines a world of possibilities for musicians to think about and explore. Just on the one chapter devoted to “Businesses and Finance,” he presents no less that 6 kinds of business deals that a band might make. To call the book thorough is an understatement.

Through all of this, though, Byrne’s strongest argument, and the book’s overarching thesis, is that music is something that emerges out of specific times and places, with specific content forms in mind, like the anthemic 3-minute pop song in London, the twangy country ballad in Nashville, the basement electro-psych jam in Iowa City. Rather that believing that work comes fully-formed from the heads of geniuses, Byrne argues that there are institutional and environmental forces at work. This may seem commonplace, but the reverberations are significant: musicians need to work for audiences and money, and audiences need to repay those efforts. I think that is a commonsense idea that most of us can get behind.

Craig Eley is a graduate student at the University of Iowa currently residing in Washington, DC.