Kelly Pardekooper began his musical career right here in Iowa City. Though currently based in Indianapolis, Pardekooper certainly hasn’t abandoned his Iowa roots. His 2011 album, Yonder, was produced by celebrated Iowa City country legend, Bo Ramsey. The album features plenty of Ramsey’s guitar work and consists of mostly live recordings at Minstrel Studios, here in town. He has brought his country/folk act all over the world, including performances at SXSW and the Take Root festival in Holland. Pardekooper will take the stage at The Mill on Nov. 23. He has songs featured on numerous television series such as “True Blood,” “Sons of Anarchy” and “Cold Case.” 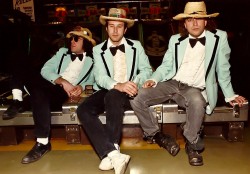 The New Duncan Imperials crew have been going at it for over 20 years and have made their mark as one of Chicago’s most interesting and celebrated local rock acts. They have a very laid back, but self-aware approach to their art; they have an impeccable rock and roll sensibility, but perhaps tend to mock the genre at the same time. The band describes themselves as capturing the spirit of “white trash culture, Dada art, and Chuck Berry.” Their eccentric approach to promoting their own band has certainly turned some heads as well. They’ve created their own comic books featuring themselves, printed baseball cards of themselves and mailed cheap televisions to local radio stations and clubs with just a photo of themselves taped to the screen. Their debut album, Hanky Panky Parley Voo has sold over 25,000 copies since its 2010 release, and they’ve put out countless records since then. The New Duncan Imperials will perform at Gabe’s on Nov. 23.

Spawned from ‘90s garage punk, the King Khan & BBQ Show have recently reunited. After a bitter breakup and falling out between members, the duo has been playing shows again since this past summer. In July, they played their first show as a reunited band to their rabid fan base, selling out a large concert hall in Toronto. The act consists of longtime bandmates/collaborators, King Khan and Mark Sultan (BBQ). The two have performed in various projects and under different names for nearly two decades and have released material on notable labels such as Crypt, Goner, In the Red and Fat Possum. They are able to produce a live sound that feels like much more than a two-piece act could possibly offer. They each play multiple instruments, often at the same time, and with unrelenting raw electricity. They are scheduled to demolish The Mill on Nov. 29. 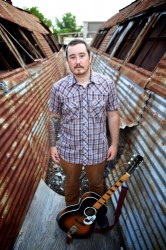 Dolfish is the creative outlet for young Ohioan songwriter, Max Sollisch. His off-center indie folk aesthetic has appropriately been likened to the work of artists like Daniel Johnston and Neil Young. I try to stay away from overusing “this artist sounds like this other artist,” but if I had to put in my two cents here, I would say Sollisch listens to a lot of Chad VanGaalen. His songs are short and pretty while still capturing that “outsider” sensibility. The vocals and their delivery are personal and passionate. Sollisch doesn’t seem to have too strong of a filter, and this works strongly in his favor. He released an EP on Minneapolis label Afternoon Records a while back and just put out his first full-length in October. The album, entitled I’d Rather Disappear than Stay the Same was recorded in Des Moines with the help of label mate, Patrick Fleming (Poison Control Center). The album has gotten unanimous praise from numerous blogs/websites including Paste, My Old Kentucky Blog, Spin and American Songwriter. Dolfish plays with Christopher the Conquered at The Mill on Dec. 2.