As the year winds down, December is a time when I generally become pensive. Looking back on the past twelve months, I can safely say that 2012 has been an excellent year musically. There have been solid releases in all genres of music. Artists like Chromatics, Kendrick Lamar, Wild Nothing, Japandroids and Tame Impala have returned with albums that deliver on the promise of earlier work and exceed it through further sonic refinement and meticulous album construction. 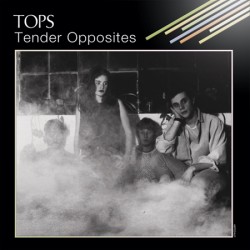 Others like Beach House, Godspeed You! Black Emperor, Swans, Saint Etienne and Nas dropped albums that remind us of the musical excellence and creativity they have displayed across years and decades in their respective genres. Others like Broken Water, The Men and Frank Ocean have morphed from Internet and DIY phenoms into artists worth paying attention to in the coming years. There were even new bands like Metz and Tops that put out stellar debut albums. Metz blew out your eardrums while Tops took you on a hazy, soft rock ride.

This was one of the first years in recent memory that I have had five to ten newly released albums in my regular listening rotation. Since this is a rarity, I can’t reiterate enough how awesome this is as a music fan.

And the local scene has been just as exciting. Bands like Emperor’s Club, Big Box, Goldendust, Love Songs for Lonely Aliens, Tires and Cuticle have been playing excellent music and keeping Iowa City awash in talent.

St. Louis was a momentary hotbed of hip-hop music this year. We all remember Nelly, creator of dancefloor burner “Hot in Herre” and my personal favorite “Grillz.” This scene also produced Huey (“Pop, Lock & Drop It”), Chingy (“Right Thurr”) and Jibbs (“Chain Hang Low”) who made club bangers that are still sometimes played without irony. 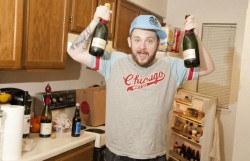 From the other side of Missouri, Mac Lethal has been repping Kansas City to the fullest with his own style. Having started as a very good battle rapper, Lethal used verbal dexterity and skill to gain a large following. His musical style has the necessary gravity and whack rapper bashing required by emcees, but stands out for its humor and creativity. These qualities are well represented in the 20-plus albums and mixtapes he has released in the past decade, as well as the videos that he has posted of himself doing fast raps on YouTube. In one of his most infamous videos, Lethal spits a fast rap over Chris Brown’s “Look At Me Now” while making pancakes. On Dec. 6, Mac Lethal will be appearing at Gabe’s—no word yet on whether or not there will be pancakes.

Staying on rap, but moving to upcoming local shows, let’s go to one of my favorite rap regions: the South. If you know about that South (represented by Lil’ Flip, 8-Ball & MJG and UG), you know what the trap is. For those who aren’t familiar, the name comes from ‘the trap’ which refers to the place where you keep and distribute drugs, and it’s also the name of a sub-genre within southern hip hop. When Waka Flocka Flame came to the scene, he and producer Lex Luger (among others) helped make trap music accessible to white kids, which resulted in the dance subgenre Trap. 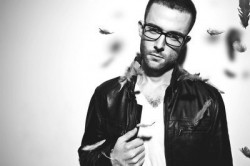 While it shares only passing similarities to trap music, club trap is danceable and fun to listen to. One of the leading DJs in this burgeoning movement is Chicago’s Willy Joy who has a co-sign from tastemaker Diplo of M.I.A. Mixing trap aesthetics with house and dubstep, Joy is in-demand around the country and known for rocking the party hard. He will be coming to Gabe’s on Dec. 8 with, among others, Mikko Wolf, co-creator of the Yacht Club’s Tuesday night dance party, Flight School.

Moving from hip hop, Greg Brown’s deep baritone and thoughtful lyrics have made him a paragon of the Americana music scene. He started to follow this path when as an undergrad he won a contest to open for Eric Andersen. Seeing the raw talent of the then-18-year-old, Andersen encouraged Brown to go east. He ended up in New York City, booking shows at the legendary West Village venue Gerdes Folk City.

When Brown returned to Iowa in the 70’s he crossed paths with Dave Moore who was also establishing a career in folk and blues. The two ended up touring and recording together. It is through this relationship that Moore came to record for Red House Records, a label that Brown helped start. It’s only fitting that a bill of Brown and Moore be part of the shows celebrating the 50th Anniversary of the Mill—one of the state’s most venerable folk institutions—on Dec. 15. 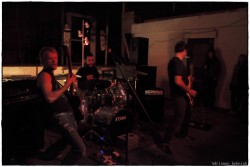 Finally, if you like your guitars electrified, Iowa City’s Blizzard at Sea will be playing loud and fast at Gabe’s a bit later in the month. Blizzard at Sea are really only “metal” in that they love the sound of growled lyrics; musically, they are far more complex, incorporating elements of psychedelic rock, punk and rock-and-roll. December signals the release of their first full-length album and to celebrate both the album and the possible end of the world, they will be having a show at Gabe’s on Dec. 21.

The Mayan Calendar, which is supposed to predict the end of the world, ends on the 21st, but I have a strong feeling this won’t happen. So, we’ll see you on the beat in 2013.

A.C. Hawley has attended two rap battles and a DJ battle and has watched various battles on tape, YouTube and television. He did not wear a backpack to any of those events.