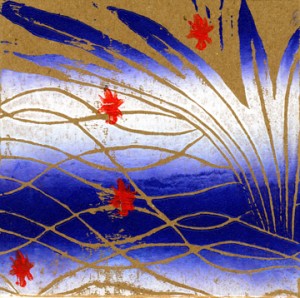 Since I’ve been writing music reviews for over a decade, I get to hear more than one album from some musicians. In 2009 I reviewed Noble Octopus’ self-titled debut and said of it “The weakest link on the album is the singing. It can be perfect for the material, as in the later verses of ‘Sound Of Cycling,’ but in the first few lines of the same song Rohn sounds awkward. It’s not that it’s bad, but it could be better…”

I can’t take credit for it, but on Like An Island Eric Rohn seems to have found his voice. It still has an introspective, shy quality, but he seems to have wrestled it under control and turned it into an effective instrument to put across these new songs. And the songs rate a proper Keanu Reeves ‘whoah.’ A bit like Beck’s more reflective moments from the Sea Change era, without the ostentatious weirdness, or early Pavement, with some of the chaos and shenanigans stripped away.

The album’s centerpiece, “And Then I Drive,” has a one chord verse, a one chord chorus, and simple lyrics about long drives through Iowa fields. “And there’s no sound as the sun slips down underwater. And there’s no sound as the clouds fan over the plain.” It’s a perfect evocation of the Zen no-mind that takes over driving down Interstate 80. Seasons change in the course of the song, it’s still the same road, but at the same time it’s not.

In between the more conventional songs, there are several experimental ambient pieces. This might scream “FILLER!” in someone else’s album, but like The Dude’s rug, they really tie the album together. The two impulses—to make quiet, well-formed pop songs, and to strike out into the territories of vague noise and drones—are remarkably well unified. I don’t really know where he’s going with Like An Island, but Noble Octopus make me want to go there with them.