With the first snowfall just a few days behind us, it is officially time to start talking about spring, when it will get here, and the many joys it will bring.

Mark your calendars and turn in your time-off requests, here are the dates:

March 27-April 1
All Access Passes: $115
On Sale: Tuesday, December 13 via Midwestix or at the Englert Theatre Box Office.

Here is the first round of artists, which were announced today, Tuesday Dec. 13: 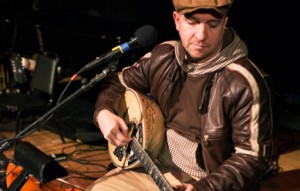 The Magnetic Fields
The most well-known of Stephin Merritt’s brilliant array of projects (find them all here), The Magnetic Fields have been making bittersweet love songs since 1991. Their triple-album 69 Love Songs (1999) was originally conceived at a gay bar in New York as a 100-song theatrical revue, in which Merritt would place his multiple personalities at the feet of life’s biggest topic: love, of course.

69 Love Songs has a permanent page in the college-pop canon thanks to its brainy blend of irony and earnestness. Well, and also because Merritt is the kind of writer who credits drinking with most of his success. (In an interview with Drowned in Sound, he called drinking “a good process to conjure up outrageously bad ideas like 69 Love Songs, which really could only have been generated in bars.”)

The three albums released after Love Songs were decidedly less candy-coated (though just as booze-infused) and completely synth-free. In the article cited above Merritt says “the next record will almost exclusively feature synthesizers.” I have no idea if any of that material will be on display at Mission Creek, but I’m quite sure this show will be at the Englert, and the bar will most definitely be open.

David Cross
Now that the ’90s/slacker generation is in charge, Subpop recording artist David Cross is probably one of the five most famous stand-up comedians alive today. He first got really big in the late ’90s with HBO’s hit sketch comedy hour, Mr. Show, and even stood out in the flawlessly-cast series Arrested Development, drawing laughs with almost every line he ever delivered as Tobias Fünke.

Born Jewish, he was also born fiercely secular, and when it comes to defining his brand of humor, I’d say the secular side won. The self-proclaimed atheist is always ready to deliver an unflinching attack on the racist, homophobic, anti-intellectual elements in popular culture. If you disagree with his views, I triple-dog dare you to heckle him at Mission Creek.

This show will also almost definitely be at the Englert, but I hope it will be in the main room of the Blue Moose, opening up for, well, Built to Spill is the obvious choice but I don’t know, maybe a hip-hop act? Lets go with Kanye. Let’s see how David Cross handles an interruptive standoff with Kanye West. Just putting it out there. Part of the fun with Mission Creek is watching these single announcements evolve into lineups, then finding out where they will be playing, what time, and plotting your nightly adventures. Let’s wait and see what happens with this one. 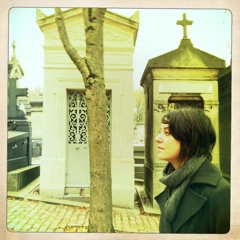 Sharon Van Etten
With a career that is really just getting started, Sharon Van Etten might be among those Mission Creek acts that you haven’t spent a lot of time getting to know quite yet. This winter, give a few close listens to her first albums: Because I Was In Love (2009) and Epic (2010).

In February, you will be rewarded with a brand new record to enjoy, as she releases her first album on Jagjaguwar, Tramp. I’m not sure if they will be touring with Van Etten when she comes to Mission Creek in late March, but it is worth noting that the album features the work of twin brother guitarists Aaron and Bryce Dessner, of The National–it was recorded in Aaron’s garage. Okay, I’m done geeking out about The National. I think.

Bowerbirds
In Iowa City, this band hardly needs any introduction. They spent some time here before moving down to Raleigh, North Carolina, and then on to indie-stardom touring with John Darnielle of Mountain Goats and numerous others. They have made several appearances in town since back then, always to sell-out crowds. With a new album coming out this March they are likely to be all over the college-radio blogs again this spring. If you want your chance to see them, you better plan on buying your ticket in advance, or picking up an all-access pass. 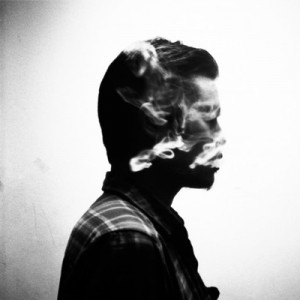 Dirty Beaches
From Vancouver, British Columbia, Alex Zhang Hungtai, or Dirty Beaches, is the first in what is sure to be a growing category of lo-fi acts on the Mission Creek lineup. The one-man project features Zhang fusing guitar loops cribbed from ’50s pop ballads with his own eery vocals, befitting of any David Lynch film. I hope they put this show at Gabe’s, where I look forward to watching Zhang get loud and pretty in the upstairs venue there, the only stage in town that’s dirty enough for Dirty Beaches. 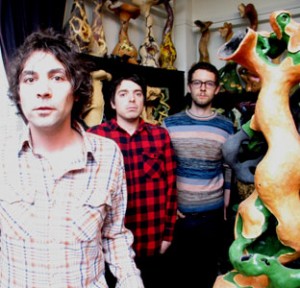 The War On Drugs
The War On Drugs were likely a package deal with Van Etten, as they will be touring together in 2012. Last night, Dec. 12, they played a show in Brooklyn with, guess who?, The National!

Drugs’ fifth release, Slave Ambient (Secretly Canadian), was one of my favorite releases of 2011. I listen to it when I am reaching for Kurt Vile, but I’m in a bit too good of a mood. Though I’m sure in some senses (former/founding-member) Vile’s presence is missed in The War On Drugs (he left the band in 2008), I am actually very glad that this became two separate projects. Adam Granduciel’s rocker energy would detract from Vile’s super-slack appeal. Likewise, Vile’s shrugging vocals and muted guitar lines would have brought down Slave Ambient, a huge rock album that will have you dancing in your kitchen. The full album is streaming on Soundcloud, here’s a sample from the middle of the album, the track “Come To The City. Amen.

William Fitzsimmons
A few times every year, the entire population of the Coral Ridge Mall convenes at the Mill to enjoy the music of a tall handsome singer-songwriter guy with a soft voice and uber-sensitive lyrics that are awkwardly easy to understand. It is always a guy I’ve never heard of with soundtrack credentials from TV shows I never bothered to watch, and the packed house is always full of faces I’ve never, ever seen at a show. A few months back I paused in the entry way to oggle one of these situations and an anonymous staff member explained to me that it was “music for people who don’t like music.” “Huh.” I responded, sort of glad that such a thing exists if only to subsidize the rest of the shows.

William Fitzsimmons has had a few songs on Grey’s Anatomy, which no doubt means something to a lot of people. He makes music that’s easy to navigate. There is no clutter in his arrangements, no chaos, plenty of space. The clarity he goes for in his arrangements could be informed by the fact that he was born the son of two blind parents, who he credits with teaching him to play music. That’s pretty interesting, right? At any rate, if everything else on this page has made you a little bit uncomfortable, you will probably find some easier times at this event. I’m not sure how it ended up on the Mission Creek lineup, but I hope this show helps them turn a profit.

With all-access passes an affordable $115, this is most definitely the way to go. Previous fests have had confusing tiers of wristbands available, guaranteeing admission to some high-profile shows, but not to others, asking people to pick one premier event to attend, etc. I hope this year, when they say all-access, they mean it, for all shows. That being said, if you buy one of these and you arrive at a show five minutes before it starts and you can’t get in because it’s too packed, don’t complain. Just like any other festival, if you want to get close to the stage, you have to show up early. If you want to see David Cross, you have to be one of the first 600 people there. If you miss out, go down the block and see something else. At Mission Creek, the best-curated festival in the midwest, you will not be disappointed.

For specific show dates, venues, times and other announcements as they become available, keep an eye on the Mission Creek 2012 Facebook event page.