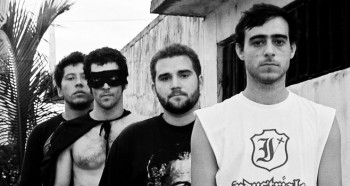 With the presence of bands like Foo Fighters and Nickelback, some might say that rock and roll is dying if not dead. On the contrary, I would argue that these bands are not rock and roll. Sure, they look like rock and roll bands with their tattoos and guitars, but they are missing the most important aspect of rocking: swagger. You can’t be rock and roll if you give a fuck. There are bands that embody the rock and roll ethos such as TV Ghost and Guitar Wolf, who have both always ripped first, not caring about whether they were liked or not.

Adding to this list of true rock and roll bands is the Spanish language group Los Vigilantes. Hailing from San Juan, Puerto Rico, their sound is influenced by ‘60s garage rock (think The Trashmen and Back From The Grave compilations), punk, doo-wop and Carl Perkins. It’s music you listen to in a hot rod while pushing down the boulevard or slicking your hair down with some Brylcreem and a fine-toothed comb. Their music is what rock and roll is supposed to be: dirty, raucous, fun and eternally cool. 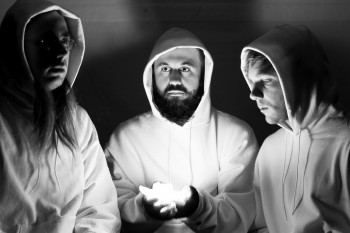 Brooklyn-based Akron/Family is a music writer’s worst nightmare: They are unclassifiable. No one is able to ask them about their music because they are recluses that rarely talk to the media. Most people only know that they are, as their label Young God Records puts it, “extremely nice, sincere and well-mannered young men from rural America who came to New York City in 2002 to make music.” Much like other recluses, like the noted postmodern author Thomas Pynchon, the work that the group has produced is expansive, creative and mindbending.

Their sound pulls from many different influences. Although they are frequently associated with freak folk, the movement headed by Devendra Banhart, Akron/Family is not just blending folk music with some electricity and a psychedelic haze, they are also adding elements of free jazz, country, noise, David Lynch-style aesthetics, electronica and ’60s pop to that mix with a healthy amount of field recordings thrown in for good measure. Fans of Woods and other freak folk acts like Six Organs of Admittance, Sufjan Stevens and the aforementioned Banhart will find much to like here. 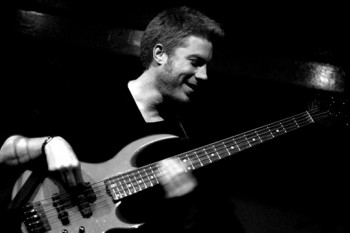 Before Clint Eastwood started talking to chairs, he was well known as a fan of jazz music. His directorial debut Play Misty for Me takes its name from a classic Erroll Garner track. Furthermore, Eastwood has always attended the Monterey Jazz Festival since its start in 1958. Since he always dragged his family to the event, it was inevitable that a love of jazz would rub off on one of his kids.

That kid was Kyle, his eldest son. Starting as a session bassist in the 1990s, the new millennium saw Kyle as a fully established bandleader. March 2013 saw the release of his sixth album The View from Here, which is a compilation of sensuous jazz music that evokes a variety of city, natural and exotic landscapes. While he is not pushing the borders of jazz like Rahsaan Roland Kirk, Kyle shows a great amount of technical capacity as well as extraordinary songwriting and band leadership skills. These are skills that should never be overlooked as the result is engaging, entertaining jazz music. 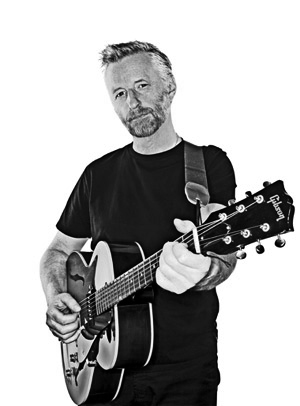 The tradition of America is one of dissent. Many of our biggest actions as a country–from the freeing of the slaves to granting women the right to vote–developed from the minority’s ability to protest against discrimination. While those battles took place in the leaflet and on the streets, they also infiltrated our music. Artists like Woody Guthrie and Bob Dylan became international ambassadors for American protest and influenced generations of future artists and activists.

Billy Bragg found inspiration in the political, protest-minded music of Guthrie and Dylan and put a punk spin on it. Rather than being accompanied by the plaintive acoustic guitar, Bragg accompanies his warm voice and thoughtful lyrics with an electric guitar with a sound that is covered in reverb and tremolo. He uses this guitar sound to create the forlorn quality that is ever present in his love songs that maintain a timeless quality and beauty. Regardless of whether he sings about the miner’s strike or having a broken heart, Bragg’s music is clever, creative and worthy of the legend it has created on both sides of the Atlantic.

A.C. Hawley will be all over town during Mission Creek. Follow him at @acethoughts to know what is happening. And, he’s serious about the sandwich thing.