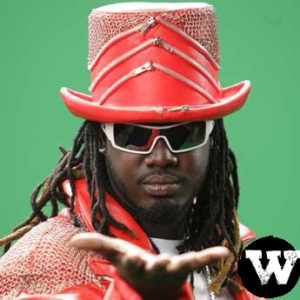 Yes, that is T-Pain’s big silly portrait inviting you to come on in and read the Little Village Weekender column. This week we have hip hop superstars, some local literature, an indie band and oh yeah – the President of the United States. Let’s begin.

Since it’s creation in 2008, “Hawkapalooza” has welcomed the likes of Big Boi, Lupe Fiasco and Mike Posner. Soon T-Pain, the auto-tune god himself, will join the list of the celebration’s performers. T-Pain has established himself as one of America’s most popular rappers of this decade. Since his first major hit single, “I’m N Luv (Wit a Stripper)” in 2005, he has raked in two Grammy awards and collaborated with just about everyone you can think of. His over-the-top use of auto-tune is his signature. The sound is so distinct that I would imagine that someone who had never even heard a T-Pain song might say, “hey, this must be T-Pain” upon hearing one. Other hits include, “Bartender”, “I’m Sprung” and of course, everyone remembers his wildly popular collaboration with SNL’s The Lonely Island, “I’m on a Boat.”

Robin Hemley will be doing a reading from his newest book, Reply All. Hemley is a local author and got his MFA at the Writers Workshop and now directs the non-fiction program. He has written seven books and has articles featured in the New York Times, New York Magazine, Chicago Tribune and many other literary magazines.  Reply All is a collection of short stories. From his website:

Reply All, the third collection of award-winning and widely anthologized short stories, takes a humorous, edgy, and frank look at the human art of deception and self-deception. A father accepts, without question, the many duplicate saint relics that appear in front of his cave everyday; a translator tricks Magellan by falsely translating a local chief’s words of welcome; an apple salesman a long way from home thinks he’s fallen in love; a search committee believes in its own nobility by hiring a minority writer; a cheating couple broadcast their affair to an entire listserv; a talk show host interviews the dead and hopes to learn their secrets. The ways in which humans fool themselves are infinite, and while these stories illustrate this sad fact in sometimes excruciating detail, the aim is not to skewer the misdirected, but to commiserate with them and blush in recognition.

One of the exciting things about living in a state like Iowa is that it’s a huge battleground for politicians. They’re always popping in and out of the Hamburg Inn. Herman Cain was apparently hanging out in the ped mall this week. The point is, we are a place of interest. In the past few years the President has been in town a number of times, and he will be back this Friday along with his wife, Michelle and Vice President, Joe Biden. As election time rapidly approaches, I’m sure Obama wants to make sure our liberal college town has his back in November. Check out what he had to say when he was here last month below. Tickets are available for free at the IMU starting this morning (Thursday). It’s first come first serve, so plan accordingly.

Birds & Batteries are one of the bay area’s rising indie acts at the moment. Since their first release in 2007, the band has evolved stylistically, but the driving force has always been synth pop. The band has toured the country numerous times, sharing the stage with  Peter Wolf Crier, The Cave Singers, Tapes n’ Tapes, Janelle Monae, Movitz, Memory Tapes and more. They’re currently amidst a big old U.S. tour in support of their latest album, Stray Light, which was released last month. The opening band was advertised as both the Wandering Bears and The Western Front, depending on your source. Both of these are wrong. The truth is that neither of these bands will be performing, though members of them will be. In other words, History is a band that features members of Wandering Bears/The Western Front. Emperors Club will also be performing hot on the heels of a serious recording session. It probably won’t be available at this show, but keep an eye out for new Emperors Club material.

I really wanted to sum this one up in three words: “Walk it Out,” but I thought that might be irresponsible or something. While those are clearly the only three words I need to say for you to know who this guy is, I feel like I should give you a little more. Unk is the dude responsible for the insanely popular and relentlessly catchy radio hit, “Walk it Out.” He other single from the same album, “Two Step,” rose in the charts as well. He’s released four mixtapes and collaborated with Three 6 Mafia on the song, “I’d Rather.”