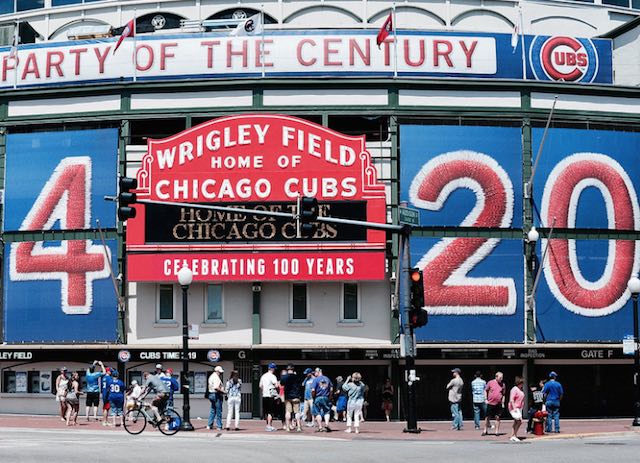 Will this be the year that the Curse of the Billy Goat is lifted? Is even asking such a question a jinx upon the Cubs? Whatever the outcome, eastern Iowans will have a chance to be a part of Cubs playoff history courtesy of a bus tour that will run from the Quad Cities and Cedar Rapids to Wrigley Field Saturday, Oct. 8 for game two and Sunday, Oct. 16 for game four of the National League Divisional Series.

A $75 package covers the bus only and does not include a game ticket, but you do get a ride to Wrigleyville and a Cubs t-shirt. A $325 package includes a ticket to the game (“Wrigley Rooftop” seating on Waveland Avenue), the t-shirt, transportation to-and-from Chicago as well as all-you-can-eat catering and an open bar. The bus pick-up is at the Sam’s Club in Cedar Rapids.

A pox on both your houses!

The Chicago Cubs are now the bearers of the longest running curse in MLB — they have not won a World Series championship in 108 years, and have not played in the World Series since the now infamous 1945 series against the Detroit Tigers. But they’re not the only cursed sports team in Chicago: The White Sox lifted their own curse with their 2005 sweep of the Houston Astros, but the Bears still seem to be under the spell of the strange curse of the Honey Bears (perhaps the only cheerleader focused hex in all of sports).

The outcome of the NLDS’ first four games being unknown, additional bus tour and tickets are not yet available, but hope to be on sale soon for the NLCS and World Series … knock on wood.