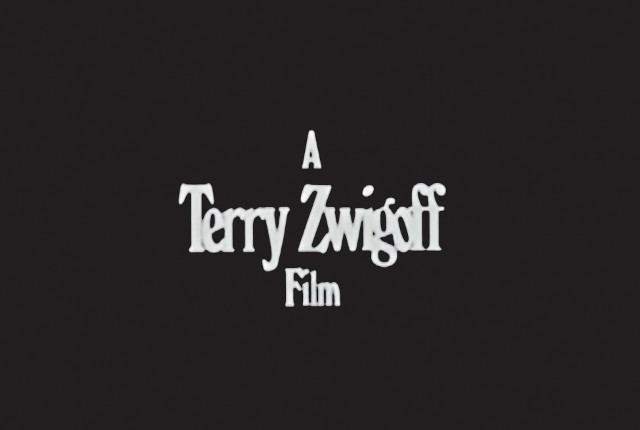 In 2001, a New York Times article about Terry Zwigoff predicted that the filmmaker was “not likely to do a lot of pictures.”

In the 15 years since, he has made just two films, the zany and exuberant Bad Santa (2003) and the coming-of-age charmer Art School Confidential (2006).

Zwigoff has had a filmmaking career like no other. His phenomenal documentary, Crumb, captivated audiences in 1994 and he did it again seven years later with Ghost World, the script he adapted with Daniel Clowes that earned them an Oscar nomination for screenwriting.

That same Times article said that Zwigoff’s unique filmmaking vision “makes it all the more important to cherish those [films] that do pass his rueful, unblinking eye.”

Here’s to hoping he gets another chance.

Little Village: You’ve worked with so many great actors. Who else would you like to work with? Anyone you would have liked to work with who’s now gone?

Plenty who are now gone. I always dreamed of working with Charles Laughton. Sydney Greenstreet. Richard Griffiths. Sadly all long dead now. Why them? I like British stage actors, I guess. They don’t have to be portly, though.

I guess I should be more realistic and stick to who’s still around. I’d love to work with Emma Stone; she’s such a fantastic actress. She makes everything look so easy. Geoffrey Rush, James Cromwell, F. Murray Abraham, Steve Carell, Oscar Isaac. The list is sort of endless; there are a lot of great actors around.

What/who are some of your favorite and most underrated films/filmmakers?

My favorites are usually pretty well appreciated I love [Luis] Bunuel, [Alfred] Hitchcock, [Billy] Wilder, [Sidney] Lumet, [John] Huston — the same as everyone … Norman McLeod directed the funniest film of all time, It’s a Gift, and also did a few of the Marx Brothers’ best films. He never gets much credit these days. Ulrich Seidl, an Austrian director, does some interesting work. I love his film Dog Days. I like a lot of older French films by guys like Jacques Becker, Henri Clouzot, Jean-Pierre Melville — the French Old Wave not the “new” wave … but they’re all pretty well known.

What would you tell a younger version of yourself?

I’ve always felt about 80 years old, even when I was in my 20s — so I guess I’d tell a younger version of myself to just have patience and you soon won’t be so at odds with your appearance. I’d also suggest reading more.

What advice do you give to young filmmakers?

Take some acting classes. Learn about acting so you have some clue about how to communicate with actors. Most of the young filmmakers I’ve met seem to have a lot of interest in the camera or special effects, CGI and the like. I always try and suggest they give a little thought to casting and getting a performance. In the end, that’s largely what’s important — the performance. And you’re going to get a lot of help with everything else. The cinematographer will help you with lighting and setting up shots. The costume designer will help you pick out wardrobe — no one will help you with getting good performances.

When you’re editing, how much do you play around with soundtracks?

Quite a bit. A lot of trial and error goes into it, oftentimes I have something in mind but it doesn’t always fit. I remember the scene in Bad Santa where I cut back and forth between Marcus chopping at a mannequin with a golf club while Willie swings a sledgehammer at a safe. That whole scene wasn’t half as funny until I thought of using “The Anvil Chorus” with it. Music is incredibly important.

In Crumb I planned the opening credit shot very carefully (of this slow pan over his spool men sculptures and toys) and talked to the cinematographer at length about it days before. I had the perfect music. But there were ultimately technical and financial issues that prevented it from being used, so I had to find something else.

Sometimes I work backwards, like having a great piece of music in mind and trying to find a place to use it. I’ve saved pieces of music for years and years in hopes of finally using them in a film. They don’t always fit.

Have you ever been approached about making an animated film?

A few times, but with really awful scripts. I’ve been approached more often to direct musicals. I don’t even like musicals, let alone have any idea how to direct one! And I know nothing about how to animate, but I guess you can try and figure it out. I thought Anomalisa was a great film and Charlie Kaufman had someone help him with that end of things I suppose. There’s a lot of great craftsmen still working in the film industry. If you can imagine it vividly enough, they can work with you to realize it.

Can you talk about the writing process?

It’s difficult to generalize about the writing process. Usually, I try and find something that strikes a chord with me to begin with — something that I find compelling in some way. Whether it’s a fragment of an idea, a documentary subject, a book or a script I might get offered. Something about it grabs me and then I try and add to that and elaborate and embellish it to make it more personal for myself. In Ghost World, for instance, I liked the comic stories about Enid and Rebecca, but what I added to that was more of a cultural critique of modern America. That’s what made it more interesting and satisfying for me to work on.

Do you ever think about returning to documentaries?

Yes, documentaries are some of the few sources of truth and good journalism left in this country. I just saw some harrowing footage some brave soul took secretly at a factory farm. These factory farms want to keep their disgustingly cruel practices secret. They’re pushing for these ag-gag laws that actually make it illegal to take such footage. They don’t want the truth exposed about how pigs are kept confined to cages so small they’re driven insane. It doesn’t help the sale of bacon. I stopped eating pigs long ago after I saw how they’re treated. It’s disgraceful, just shameful what these companies do for the sake of making a few more pennies here and there.

We already have ag-gag laws here in Iowa, where factory farms are everywhere. Would you make a muckraking documentary about, for example, industrialized agriculture?

I’d be interested in something like that, sure. But as you yourself just pointed out, it’s now a FELONY to even plainly show what goes on inside these factory farms! I thought we were living in America. That’s about the most un-American law I’ve ever heard of. It’s more reminiscent of Hitler’s Germany and keeping the concentration camps just out of sight of the townspeople. How can you deny people the right to know the truth? To know of horrible abuse to both animals and the environment? It’s scary times. I mean Upton Sinclair wrote The Jungle over 100 years ago and this is the progress we’ve made since? Disgusting. Iowa should be ashamed; that’s really setting a dangerous precedent.

Adam Burke is also known as “Atom” and, occasionally, “Autumn” Burke. This article was originally published in Little Village issue 196.