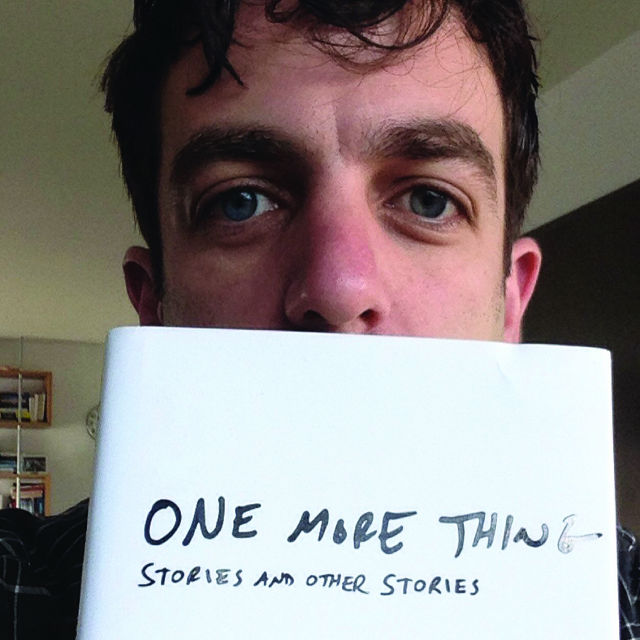 In February, B.J. Novak made his literary fiction debut with One More Thing: Stories and Other Stories, a collection of 64 darkly comic vignettes. Novak is most well known for his work as a writer, actor and producer of NBC’s The Office.

His comedy writing chops shine bright as short fiction. One More Thing shares much in common with the humorously absurdist writing of George Saunders and early David Sedaris. Novak’s stories are terribly clever, often prompting the reader to smirk in an “I see what you did there” fashion.

One story follows the inventor of a roller coaster, a ride he wishes to name Life, who is watching a focus group react to the ride they just tested. Novak cunningly weaves together cliché about how life is a roller coaster, only to have respondents throw a wrench into the inventor’s beautiful plans.

His stories are emotionally clever, too. Take, for example, the guy who explains to the world how hurt he is to be known as the guy who returns the first sentient robot to the manufacturer because all he ever wanted was a sex robot and this robot started to cry on him.