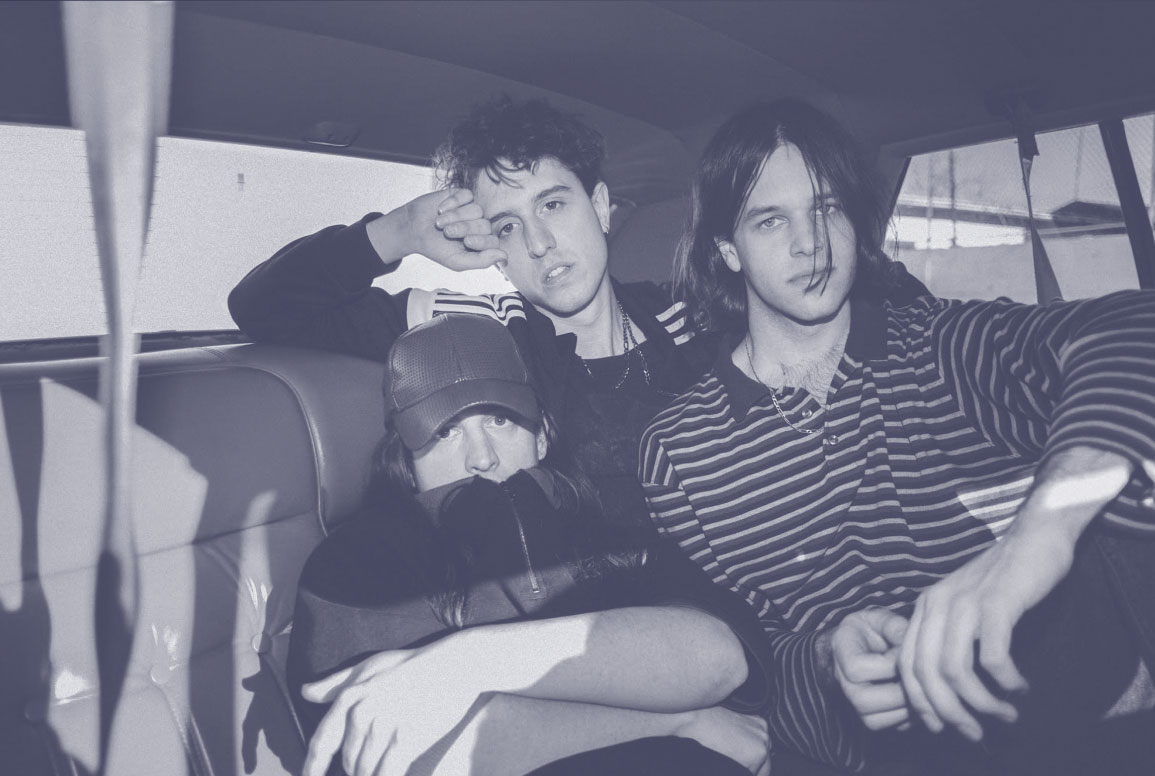 The Brooklyn-based Beach Fossils have been creating lo-fi, shoegaze odes since their self-titled breakthrough in 2010. Following their well-received sophomore album Clash the Truth in 2013, the band took some time to develop its latest work, 2017’s Somersault. Coming off of a tour that included the West Coast, Europe and an East Coast leg, they will make their Iowa City debut as part of the Witching Hour festival.

In a phone interview with frontman Dustin Payseur, he spoke about the band’s new direction and what’s in store for their performance at Gabe’s for Witching Hour, 11 p.m. on Friday, Oct. 20.

The new album, Somersault, departs from the band’s previous records in several key ways. Recording in New York City and upstate New York, and with additional production and instrumentation added in Los Angeles, the album is the first for Payseur’s new label Bayonet Records, co-owned with his wife, Kate Garcia. The new label allows the band members more time and freedom to explore new sounds. This album was also the last recording with longtime drummer Tommy Gardner, who has since moved to China for a new career path.

The approach for this album was more collaborative, with bassist Jack Doyle Smith and guitarist Tommy Davidson each contributing their different styles and approaches, “riffing on ideas and different parts,” Payseur said, to make a layered song in a “puzzle” like fashion. Payseur explained that the band interpolates the “textures and blending of instruments” of various genres, pulling from hip-hop drum loops, jazz-inflected wind instruments and Phil Spector’s layered “Wall of Sound” approach to create a dreamy sonicscape for Somersault.

The new album, too, diverges from their previous records in their new sound, which is both paradoxically minimal and personal yet also aurally expansive and more overtly political than previous works. Moving away from the melodic murkiness of their debut, there is orchestration with strings and flutes, adding a new delicate lushness showing their development over the last few years.

“People can expect what you’ve done to be what you continue to do,” Payseur said of this new turn, “but I want to continue to make new stuff. If I just made the same thing over and over, it would be really boring. The only band that could make the same record over and over was the Ramones.”

While Payseur’s lyrics have always been very personal, the political has infiltrated. Beach Fossils have always excelled at songs about “urban solitude” in New York City, escapist fantasies and breakups, and the new album contains those themes.

“A lot of my songs are about escapism,” Payseur explained. “On the first record, there wasn’t a lot of politics, because a lot of the news was so crushing, we wanted to escape a bit, but without turning it off. Sleep with one eye open.”

But now what Payseur referred to as the “insane times” of the new administration can be felt in the lyrics of the new album.

“I never purposely set out to make something political,” Payseur said, “but usually my lyrics are what I’m dealing with personally — but there’s such a massive overlap right now that it’s impossible for them not to come out in a political way. Politics are a really big part of my life and the life I share with my family and friends.”

On the standout track “Saint Ivy,” Payseur plaintively sings “Hard to find a reason/Television and another headline/Don’t believe in Jesus/Heaven knows I’m wasting my time/Wanna believe in America/but it’s somewhere I can’t find.” The video for this song, directed by Joey Chriqui and Milah Libin, shows friends — all local artists, dancers and drag queens: “the people who make New York city amazing,” Payseur said — singing along to the song, capturing the band’s hopefulness, as these artists demonstrate what Payseur called “perseverance, pushing through an undesirable climate.” The video shows the band’s expanded range and how collaborative their recent efforts have been, and the video and lyrics look into the city and its inhabitants for positive change.

On tour, Payseur said they are a “different band live,” including an extra touring member who plays keyboards and trumpet, and adds back-up vocals. They like to feed off the audience’s energy to create a spirited live show.

“For us, it’s more fun to just go off the rails, to go into a random jam and never know where it’s going to go,” Payseur said. “One moment, we might make a part that is really delicate and the next moment create something that’s really dissonant. We can change that up every night. It is based on how we feel that night and our interaction with the audience.”

Colleen Kennedy is a visiting assistant professor at University of Iowa. She is pretty pumped to check out all the events at this year’s Witching Hour. This article was originally published in Little Village issue 230.