Blind Pilot is a six-piece musical group from Portland, OR, which started its touring career bicycling up and down the West Coast. Israel Nebeker leads with his gorgeous voice and warm acoustic guitar, while the rest of the band adds eclectic instrumentation like banjo, upright bass, vibraphone, trumpet, and harmonium. Their bright, uplifting music is a mix of indie folk and chamber pop, and it revels in layers and harmonies. Nebeker’s velvet tenor defines their sound; his voice is smooth like Lindsey Buckhingham’s, and it is fun like Ezra Koenig’s—without the twee falsetto. Their music bears resemblance to the acoustic pop of Gomez or the intricate chamber folk of the Decemberists, and Blind Pilot has opened for both groups. Blind Pilot’s music is poppy and approachable, but with beautiful filigree and enchanting depth. 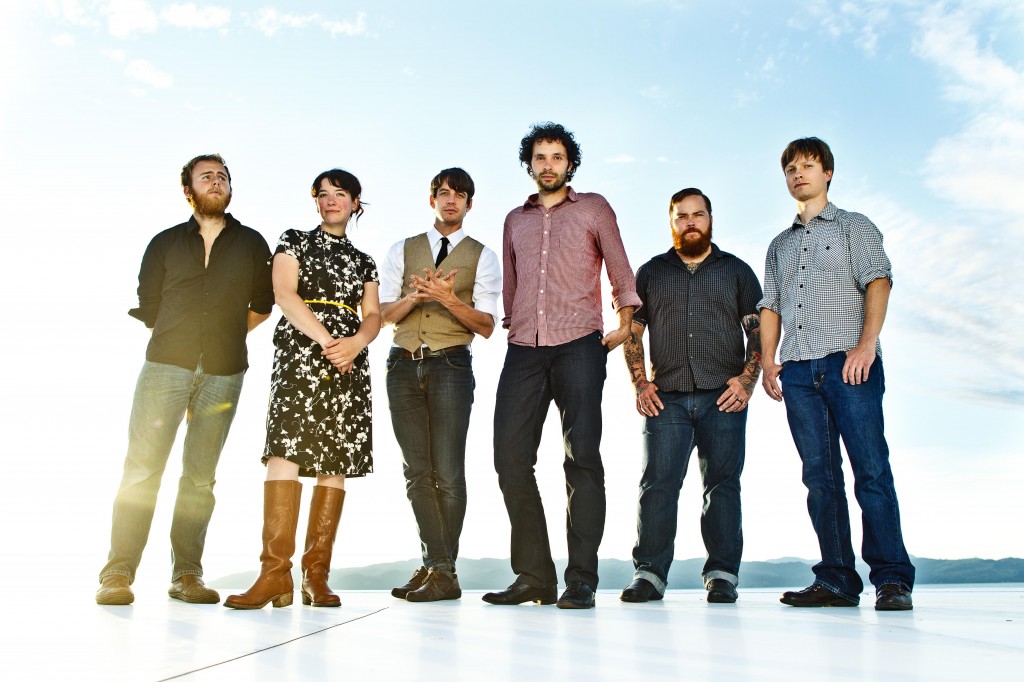 Blind Pilot’s first album, 3 Rounds and a Sound, met with critical success upon its 2009 release, and continued touring has built their national fan base. Their second full length, We are the Tide, was released in September of 2011. We are the Tide impresses with its seemingly effortless harmonies and excellent mix of sounds. The first track, “Half Moon”, is ebullient, beautiful indie pop like the Givers’ “Up Up Up”. Nebeker’s voice lilts over a harmonium and a tight drum rhythm, and is then joined by guitars and Luke Ydstie’s bowed upright bass. “Always” is a simple, pretty, acoustic tune with an easy beat of handclaps. “Keep You Right” blends Nebeker’s folky guitar with piano and banjoist Kati Claborn’s sweet backing vocals. The title track, “We are the Tide” picks up the tempo with stomping, danceable beat from drummer Ryan Dobrowski’s floor toms. A ringing pedal steel adds some twang, and dances through the tune with Dave Jorgensen’s trumpet. “The Colored Night” slows back down with a swelling organ track and a waltzy beat. “I Know” is light and sways like a summer dress. “White Apple” builds very slowly, beginning with a trio of vocals with the trumpet, and ukulele chop for rhythm. “Just One” laments that we have but one heart to give, and continues the down-tempo feel as Nebeker’s voice soars over a sweet country two-step. “Get it Out” and “New York” close the record on a softer note, with lush string fills and a lullaby sound. 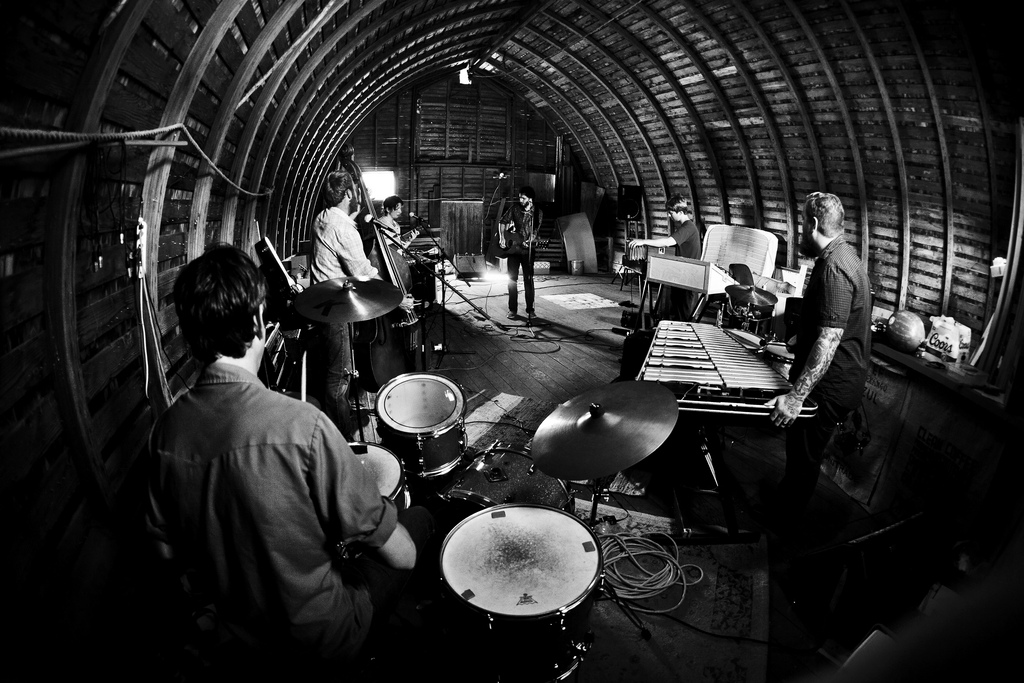 In We are the Tide, Portland’s Blind Pilot has created a buoyant and beautiful record. Their quieter tracks are precious and enchanting, but their upbeat tracks like “We are the Tide” and “Half Moon” are the strengths of this record. Somehow, these songs lose none of the beauty and only improve with the inclusion of pop beats and bright guitars. Blind Pilot are musical craftsmen, and We are the Tide is expertly produced; preserving the band’s delicate dynamics while allowing the voices and instruments to blend warmly.

Blind Pilot returns to Iowa City on Thursday, Feb 2 at 9 pm at the Blue Moose Tap House. We are the Tide is available now. 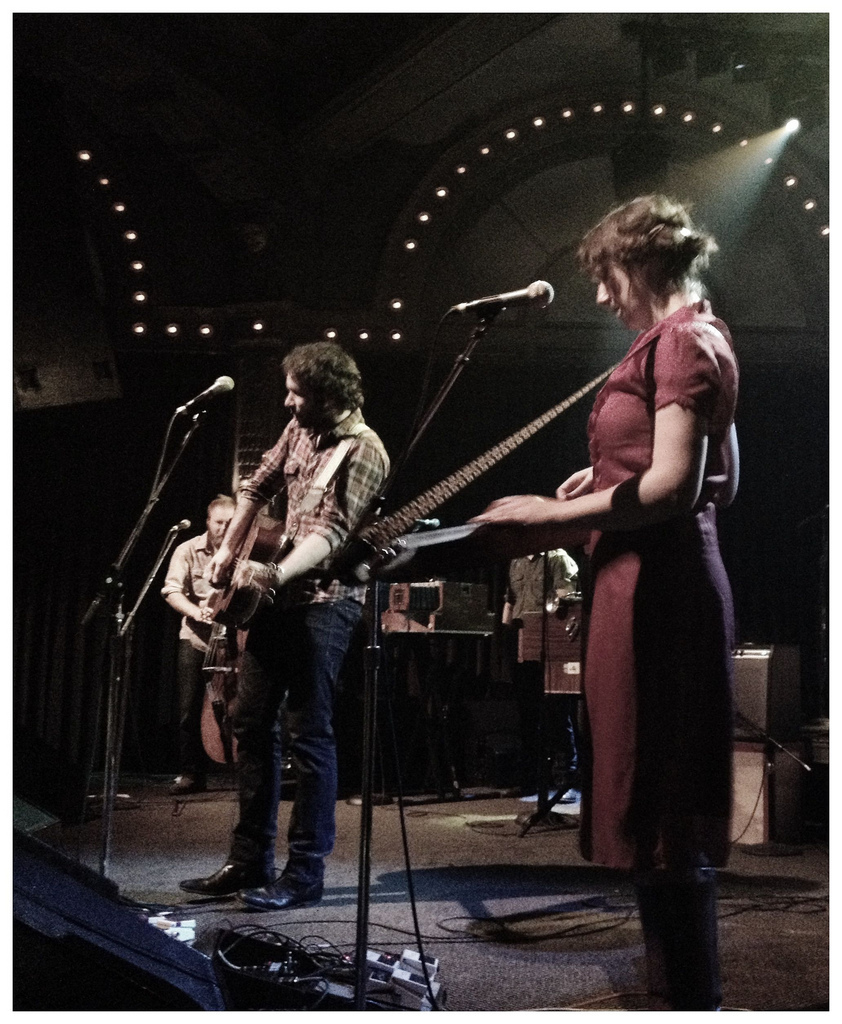