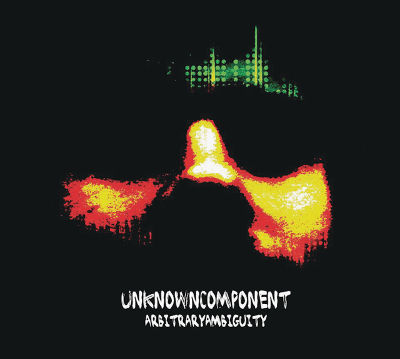 Keith Lynch (a.k.a. Unknown Component) doesn’t have a band—he produces his music at home and plays all the parts. He uses a group name, though it’s just him. And while he’s a guitar-playing singer-songwriter, his albums are full of electronic sounds.

Unknown Component’s specialty is minor-tinged pop songs with lyrics that hint at bleakness, unrequited love and emptiness. His previous albums had a pronounced Radiohead influence; his latest release, Arbitrary Ambiguity sounds more like the more upbeat songs by the Cure. He’s raised the tempos and brought the beats to the foreground without abandoning his customary high-concept moping.

Lynch’s production skills have also improved since previous albums. Every song features complex, layered production, incorporating synthesizers, sampled strings and overdubbed guitars. “Sadness Is An Endangered Species” reminds me of 10CC’s elaborate arrangements, where the different instruments are blanketed in reverb until they become billowing clouds of minor chords with indistinct edges. The chugging three-chord roar of “The Insignificant” crescendos into a Phil Spector wall of sound, propelled by a big “When The Levee Breaks” beat.

Every song on Arbitrary Ambiguity has the sort of wide-screen sound that feels way too big for a home studio. Lynch’s voice, which has a slightly nasal edge and subtle growling undertone, can cut through the mix just fine, but his lyrics are maddeningly obscure, mostly seeming like allusions to things never actually described. The lyrics work as sounds, but meaning is elusive.

One might wish for more direct, concrete storytelling from Unknown Component, but musically, these songs are so satisfying and accessible that it doesn’t matter. There’s an emotional payload that gets delivered even when the listener has no idea what he’s saying. That’s a cool trick, and by no means an easy one to pull off.