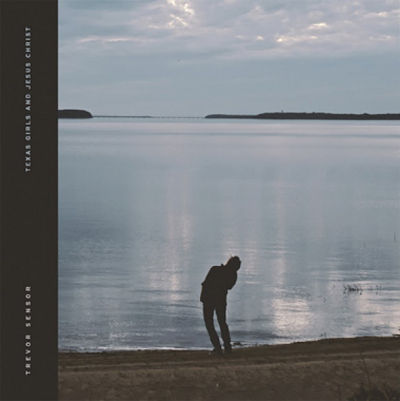 Illinois-born Trevor Sensor, recently seen opening for the Halfloves at the Englert Theatre in Iowa City, has spun his songwriting skill — honed and perfected while studying English at Central College in Pella, IA — into an EP, Texas Girls and Jesus Christ. It dropped Mar. 25 on Indiana’s Jagjaguwar, an idiosyncratic label home to only 25 artists, including Sharon Van Etten, Moonface and Dinosaur Jr. It’s a fitting place for Sensor, who, like many there, is at once achingly familiar and disarmingly new.

On the EP’s opening title track, Sensor leads with the kind of quintessential folk riff that makes you feel as though you’ve been listening to this music all your life. Then his gravel-gargle voice kicks in, with echoes of Tom Waits, but a melodic sense that pulls him more towards David Johansen’s end of the spectrum. It’s a combination that’s impossible to turn away from, rooted deeply in musical history and as compelling as any rasp that’s come before.

The five songs on this too-short recording are incredibly smart, both musically and lyrically. “Nothing Is Fair” is a simple and powerful call-back to traditional protest songs; it could have been written in 1964, if not for its heartbreaking specificity. Sensor is unabashedly keening here, for a broken and suffering modern-day U.S., in the best way he knows how.

What is striking about this song, about this collection, is its utter lack of bravado. There’s no interest in doing anything here but truth-telling. The writing manages sadness without cynicism, which sometimes feels like a modern miracle. It comes from the core, with no affectation. The closing track, a cover of Bruce Cockburn’s 1996 “Pacing the Cage,” is filled with longing and desperation, but it’s also a gift — an invitation to feel less alone, to join Sensor in daring sincerity.

Texas Girls and Jesus Christ covers a broad spectrum of everything folk music has the potential to be. This EP is overflowing with promise; I can’t wait to see what Sensor can accomplish when he has the space of a full album to play in.

This article was originally published in Little Village issue 196.