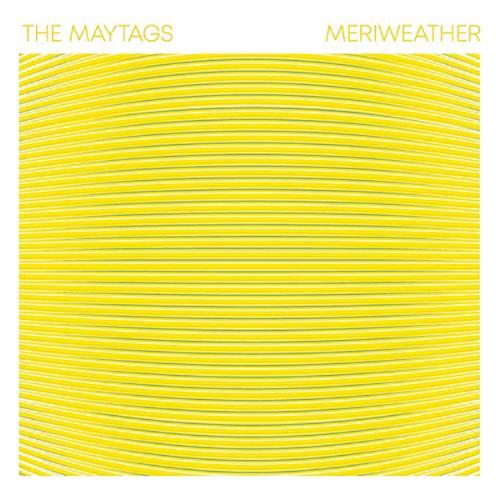 If Des Moines R&B combo the Maytags had followed up their 2016 album Love Lines simply by revisiting their proven formula, it would still have been a welcome chapter in their developing story. Love Lines was a standout in a landscape of retro R&B albums.

Instead, their latest album, Meriweather, shows a band working to push the needle even further in developing their sound. Although busy schedules prevented the band from reconvening to write like they had for Love Lines, signature elements of their sound are still present — the horns, the bumping bass, the stabbing rhythm guitars. The soulful vocals of Dustin Smith are still front and center: He has a distinctive style, with fringes of hoarseness that lend a bluesy honesty you can’t ignore.

But as leader Smith explained in an email, “I really wanted to push the sound of this album in a different direction … I wanted to use instruments that we hadn’t really used before, like synths and vibraphones.”

Tracks two and seven — “Shake Down” and “Weekend” — show this new sound firing on all funky pistons. The songs are stripped back to a groove of drum and bass with the rest of the instruments along for the ride. Squiggly synths and disco beats recall the purple ’80s production of Jimmy Jam and Terry Lewis (responsible for The Time and Janet Jackson’s early albums).

“Next to Me” has strings carrying the melody with Smith alternating between a smooth rap and the singing that he drops into as he builds to the chorus: “Come get next to me, when you come around / You’re my ecstasy, when the lights go down.” The fantastically lush disco song is parts Barry White and parts Jamiroquai.

The lemon yellow cover of Meriweather reminds us that sunshine is within reach, and with summer in Iowa upon us, a soundtrack for the beach, patio or driving around should start here. “Are you ready for the weekend?” the Maytags ask on track seven. Yes, yes we are.

This article was originally published in Little Village issue 268.