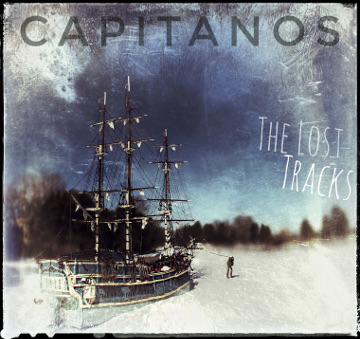 Iowa City band the Lost Tracks is on the cusp of a period of big creative output. Their new album, Capitanos, is the first of three releases coming out just this year. The process that brought the band here started back in 2016 when they scrapped the first attempt at the album. They brought a couple more members into the band, worked with Dave Zollo and Brian Cooper to freshen their sound and then started the recording process with local recording engineer John Svec.

The reboot has resulted in a balanced and polished album of groove-infused tunes. According to their bio, the band is made up of members who each have more than 20 years experience gigging, which lends to a natural classic fusion of guitars, keys, bass and drums. The songs have an underlying mellowness that feels like Grateful Dead or Phish without all of the attendant wandering. There’s no fancy or heavy-handed production, just the natural performance captured to tape — the way it should be.

One of the songs that gets stuck in my head is track five, “Always Be In Your Band.” It does a good job of capturing the Rolling Stones’ Let It Bleed sound with the electric piano and the “woo-woos” from “Gimme Shelter.” I like songs that require a little more digging, and initially I was trying to suss out why they would pull such an obvious tribute — until I read the lyrics:

“I thought a lot about Nanker Phelge and their songs that sounded so fine/And when those kids were hanging out they always had a mighty fine time/Through the years they lost their way and attacked each other in their books/But even so they found their way back to the stage with the same old hook.” (Nanker Phelge is the pseudonym the Rolling Stones used for whole-band publishing.)

The recording of Capitanos provided enough material for two more albums, so it’s safe to assume that this album is a good measure for what the next two will be like: genuinely enjoyable songs that are not trying to make a big, splashy, in-your-face statement. Songs for songs’ sake.

This article was originally published in Little Village issue 244.