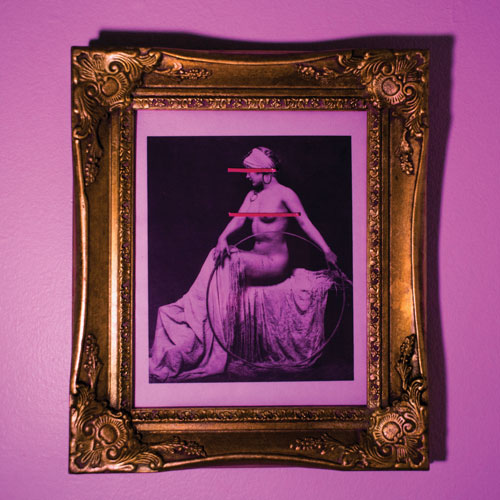 The Fuss — a Des Moines-based rock band who have released a couple of EPs in recent years — make the kind of catchy pop rock music that reminds one of Tommy Tutone or The Replacements. Their self-titled debut album, which includes four tracks from an earlier EP, drops July 1.

What distinguishes the Fuss are the sound of Joey Lyons’ voice — a faintly nasal, bright tenor with good intonation and surprising range — and the band’s clean, un-gimmicky sound. Their guitar is a throwback to jangly 1980s indie-rock: Think R.E.M. But even Peter Buck had some favorite distortion pedals. Guitarist Ben Waldschmitt seems to think of distortion as an absolute last resort, which is refreshing; ever since Nirvana broke in the early ’90s we’ve been adrift in a sea of fuzz and overdrive.

I can see (but disagree with) criticism of the Fuss as being too polite and tasteful. The Fuss do not rock out. Instead, they focus on melody and harmony and well constructed guitar counterpoint. Started as Lyons’ solo project, the focus is on his voice, and he seems to love nothing more than to multitrack close-harmony choruses.

Occasional intrusions from keyboard parts don’t take away from the transparency of the Fuss’ sound. Matt Nelson’s bass parts have the treble edge of the “melody bass” sound of Peter Hook, and Nick Lucs’ drums are crisp and clean. The overall sound is neat, well rehearsed and carefully constructed.

It isn’t until the last track, “I think I’m Dying,” that the lyrics take center stage — the hushed verse/loud chorus pushes forward. Each verse starts “I think I’m X, I know I’m X,” e.g “I think I’m ugly, I know I’m ugly, it won’t wash away, it’s stuck in my head.” It seems to be the story of someone high on something transfixed by self-consciousness, and the parallel construction of the verses is a neat lyrical trick that nonetheless effectively conveys both emotion and humor.

The point of pop music is to be popular; hence the name: The Fuss have a knack for making accessible, catchy music, but what gives it staying power is attention to detail. These songs have intricate, precise construction, like a Swiss watch, but the performances never feel tight. The old CD slogan “Perfect Sound Forever” comes to mind with the Fuss. They aren’t perfect, but they’re close enough for rock and roll.

This article was originally published in Little Village issue 223.