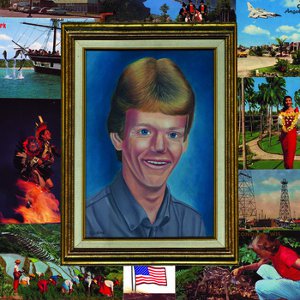 T’Bone is based in Chicago, but is made up of Iowa natives Leland Meiners (bass), Ed Bornstein (drums) and Pat McPartland (guitar), and their album Mount Trashmore was recorded in Iowa City at Luke Tweedy’s Flat Black Studio. Chicago, birthplace of seminal post rock bands like Tortoise and Gastr Del Sol, is an apt home for these guys, whose songs follow their own crooked paths, leaving pop song conventions far behind.

Instead of verse/chorus/verse, T’Bone re-imagines arena rock’s bombastic riffing. While the title track evokes pure pop memories of Thin Lizzy and Big Star, it’s followed by “Kirby Krumbles,” an instrumental piece that brings to mind some of Frank Zappa’s more thoughtful pieces, like “Peaches In Regalia.” There isn’t a second of guitar heroics that isn’t directly in service of forward compositional momentum.

While I don’t know anything about their songwriting process, what really makes these songs compelling is the way all three musicians work together. Bornstein’s drumming echoes and embellishes the harmonic progressions outlined by the bass and guitar, going far beyond the role of time-keeper or groove-maker. Meiner’s bass and McPartland’s guitar sometimes invert their usual roles, with the bass taking the melody and the guitar anchoring the rhythm.

Despite the ambition and sophistication T’Bone bring to their work, there’s a lot of pure, noisy rocking going on. Bornstein seems to have an extra set of arms dedicated to bashing the crash cymbals. It could just be a mess, and sometimes things do get messy, but there’s always a destination to their music, no matter how many twists and turns it takes them to arrive.