Impromptu Musicals For the Skeptic
sumppumprecords.bandcamp.com/album/impromptu-musicals-for-the-skeptic 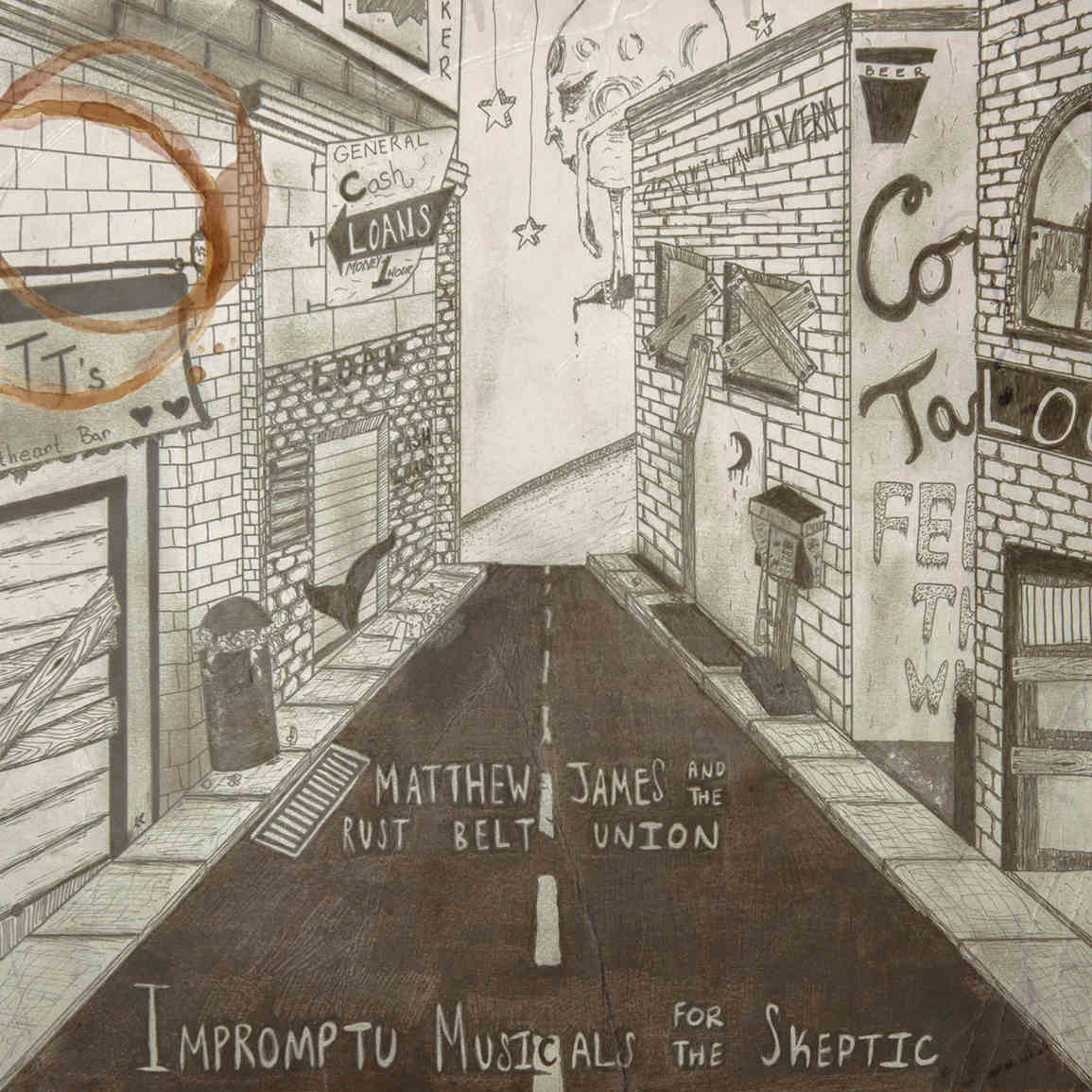 Trust a joker like Matthew James to open Impromptu Musicals For the Skeptic, his album with the Rust Belt Union, with a song titled “Goodbye.” Like Groucho Marx’s song “Hello, I Must Be Going,” it’s ironic but shows a restlessness mirrored in the lyrics: “But it’s just like before I’m always heading out a door and I never quite get where I’m supposed to go.”

Originally from Michigan, James has settled in Des Moines and found a like-minded group of musicians to play with in an east side garage. “Little Light in the Big Rust” describes Detroit as “… a big lonely city North between the lakes where they break their backs working on their graves.” James’ rough, phlegmy singing voice and his lyrical themes of the hard-living working class make Tom Waits comparisons inevitable. But James has a different take than Waits that he calls “Midwest Junk Soul.”

The music banged out by the Rust Belt Union is joyously at cross purposes with the bleak words of working-class toil and frustration of James’ lyrics. Nathan Emerson’s pedal steel adds a country sweetness to the rootsy chugging of the rest of the band. The Rust Belt Union seems like an old Buick with bad tires, always on the verge of missing the next turn, but Wrex Hill’s drumming is in the driver’s seat, keeping it between the ditches. There is one ballad, the romantically titled “Dying Dogs in South Carolina” but the natural pace of the band is a pell-mell rave up two step.

It’s hard to find joy in a lyric like “Oh it’s all gone to Hell, we’re just living in the same damn noose,” but damned if James doesn’t manage it. This isn’t blues music per se, but it does what the blues is supposed to do: make you feel good about feeling bad. Impromptu Musicals For the Skeptic is the perfect soundtrack for midnight in a working-class bar, when everyone’s drunk enough to laugh at the hangover they’re going to take to their dead-end job in the morning.