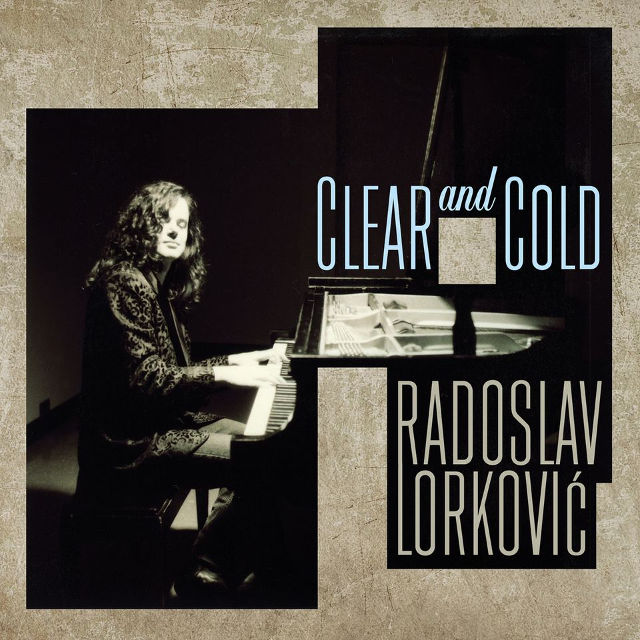 I’ve mentioned on these pages before that my first time in a bar underaged was seeing Bo Ramsey and the Sliders playing Potter’s Mill in Bellevue, IA. That night Ramsey’s backing band included Radoslav Lorković on piano and vocals. These days Lorković is more known as a solo act, but back then he was an integral part of the live show delivering his own lead vocals and masterful blues piano which drew heavily from the Professor Longhair school of cajun stride piano.

In 1991 Lorković’s debut solo album Clear and Cold was the first album released on Shed Records, which was co-run by Ramsey, Greg Brown and Kevin Gordon. Starkly minimalist and a departure from the work he did in the Sliders, the album was mostly Lorković and piano with a little contribution from Brown and Ramsey. Eight of the album’s 13 tracks were original compositions with the covers coming from his friends—one Joe Price and the definitive version of “In The Dark With You” by Greg Brown—and influences—Chips Moman, Dan Penn and Professor Longhair. A masterpiece in beautiful simplicity which makes the album still sound fresh some 22 years after its release.

“I remember my point in making the record was to demonstrate the power and subtlety of the piano,” Lorković says. “I saw a program with [Croatian pianist] Ivo Pogorelić where he emulated every orchestral instrument with the piano.”

The album sadly fell out of print with the demise of Shed Records. Lorković continued releasing albums, but his debut record continued to haunt him. From his Facebook page, he says, “The original mastering was sadly delegated to the CD reproducers. I had no idea how much difference a good mastering can make … Brittle creaky vocals are now full and rich. The piano is as full and rich as it was when I played it.”

Indeed, listening to the 2013 remastered version side-by-side against the original release reveals a much clearer and fuller sound which becomes very apparent when listened to on headphones. The album is an intimate affair and the newfound clarity allows the listener to nestle in closely to the long ringing piano notes and Lorković’s softly soulful and impassioned vocal delivery.

Clear and Cold has always been an essential album in my collection—one that transcends the time and place in which it was released. With this re-release, may it get the praise it has always deserved.