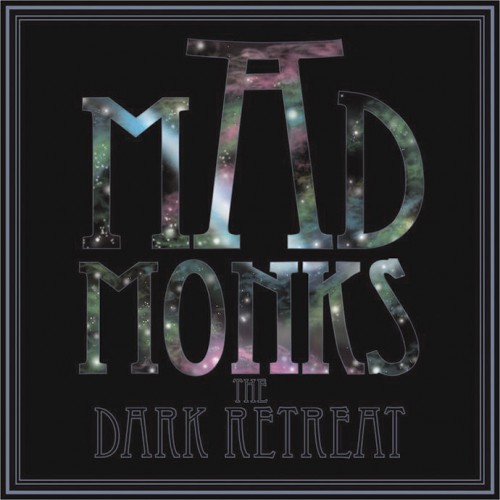 Mention “concept album” and many will picture the recorded excess of bands like The Who, Rush, Styx, Pink Floyd, Yes, ELP — the list is endless. Sometimes it’s done well, but the need to squeeze in an overwrought story oftentimes compromises the overall work. Iowa City band Mad Monks shies from calling their latest and final album, The Dark Retreat, a concept album and instead choose to call it “thematic.” They add that “all tracks flow into each other creating a near-seamless piece” using the idea of the Buddhist preparation for death to tell the story of our hero, the Helionaut, and his journey to the sun.

Whatever you call it, the album is an elaborately layered and carefully crafted fusion of progressive rock and heavy metal. What makes this thematic album so listenable, as a single work, is its emphasis on sonic cohesion rather than bumbling storylines. I found that since the songs flow from one to the next, the best way to consume the album in its 63-minute journey is all at once, while paging through the accompanying artwork created by Claire Thoele.

The Dark Retreat draws heavily from the book of prog rock and as a fan of the genre, I found Mad Monks’ ability to incorporate complex structures of rhythm and chord scales interesting and satisfying. The album opener “Aphelion” is a delicious slide and finger-picked bluesy delight that recalls “In My Time of Dying” by Led Zeppelin. The finishing swirl of distortion establishes the transition to the chugging and heroically bombastic “Helionauts” which leads the listener to the aural journey ahead — and what a journey it is — spanning acoustic interludes, carpet bombing drums, fuzzy and distorted guitars and bass solos.

The Earth gathers its occupants in an embrace so strong that nothing but a violent explosion can break the bonds of gravity and release a voyager to the lonely darkness of outer space and further to the unknown. The Mad Monks have captured this in the epic journey of the Helionaut in The Dark Retreat.

This article was originally published in Little Village issue 178