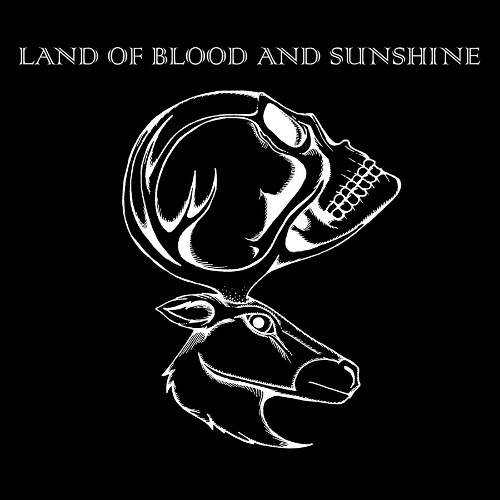 Listening to Land Of Blood and Sunshine is being taken on a journey through a fantasy world of damaged misfits moving through surrealist landscapes. From their first album, 2009’s Magick Carcass Ride, through their last, 2015’s Lady and the Trance, they’ve continued to spin fables in song form. Their sound has a lot in common with the fairytale psych-folk of early Elf Power combined with the new age sing-a-along hymns of the Danielson Family.

House of Bellow, their sixth full-length album, takes these same influences, then turns them upside down to see if they still tick — in the process, making one of the best psych records of 2019.

Opening track “The Orchestrate” lays the groundwork, opening with funky guitar plucking that disappears as the collective vocals arrive. A minute in and the mix is overwhelmed by a prog-y organ that delivers a near sugar rush of glee. It isn’t until the doomy guitars and forced growl vocals take over that we become aware that this trip is about to become darker and stranger.

“Driving With A Ghost,” track two, changes the mood slightly. It’s the closest the album gets to a rock song, and it does a fine job setting us up for the next turn. “The Fifth Field” starts with spaghetti western guitars that slowly deliver us into a child-like creepiness, both innocent and unsettling.

As the album continues I am more and more aware that LOBAS have spent their 10-plus years together sharpening the edges of their songwriting, where most bands become formulaic. This is most evident on songs like “Leaf Merchant,” with its Amon Duul stylings, and the fragile warbling of “Fossil Toss.” It continues with the melodic guitars that give in to a hidden anger in “Keeper of the Cabin” and on “The Portable Forest,” which might as well be an anthem for the feral climate change children who will take over the world.

With the addition of Land of Blood and Sunshine to their eclectic roster, Sump Pump Records continues to shine a light on some of the best music made in Iowa.