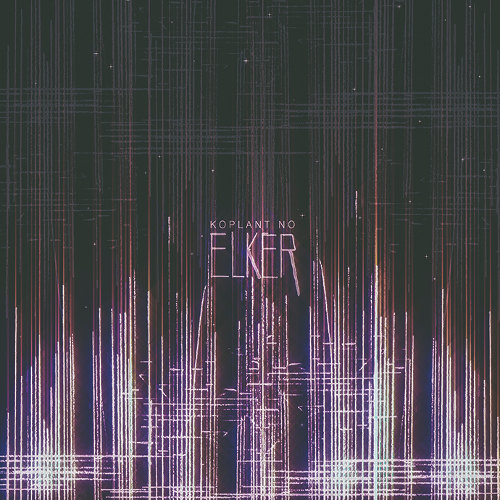 The opening track “Before We Go” on the reunited Koplant No’s new album Elker is a compound of skittering synth decay and dripping percussion flitting around a lone trumpet carrying a mournful melody. It’s a track that would fit perfectly on a Jack Lion record — which seems obvious when you consider that fellow Iowa City group Jack Lion shares Brian Lewis Smith on trumpet and Drew Morton on bass.

Koplant No’s fourth release, its first since 2012, benefits from a freshened sound — due in part to Smith and Morton’s foray in Jack Lion. The band has incorporated elements of electronic music and jazz on their previous albums; however, it seems that with Elker these become more a part of the architecture.

On track four, “Knock Knock Ghost,” the beats, synths and samples construct a support system for the live instrumentation. The harmonies of Joel Vanderheyden’s saxophone and Smith’s trumpet lead off the track with a strong melody and theme, followed by a trumpet solo and then saxophone solo before rejoining for the main theme of the piece again. This is a classic jazz structure: introduce theme and then solos. But in Koplant No’s capable hands, it feels fresh and very contemporary.

This is the real distinction between the works of Jack Lion and Koplant No. Jack Lion has more of a jazz-remixed approach, whereas Koplant No is very rooted in the construction of theme and melody. There are times when the band slides precariously close to a smooth-jazz vibe. In fact, my favorite track on the album is track five, “Humpty Trumpty,” which features a couple of hot sax solos that wouldn’t sound out of place on a Grover Washington Jr. album. Vanderheyden’s super power is constructing classic sax lines, for which I’m a big sucker. But the band pulls away from the edge before it gets to the land of smooth.

With Elker, Koplant No has added another great record to their growing catalog. It’s one that advances their formula — experimenting without being too experimental and still sticking to their jazz roots with great melodies and musicianship.

This article was originally published in Little Village issue 242.