Idiots Out Wandering Around (Reissue)
whatarerecords.com/hols/discography.html 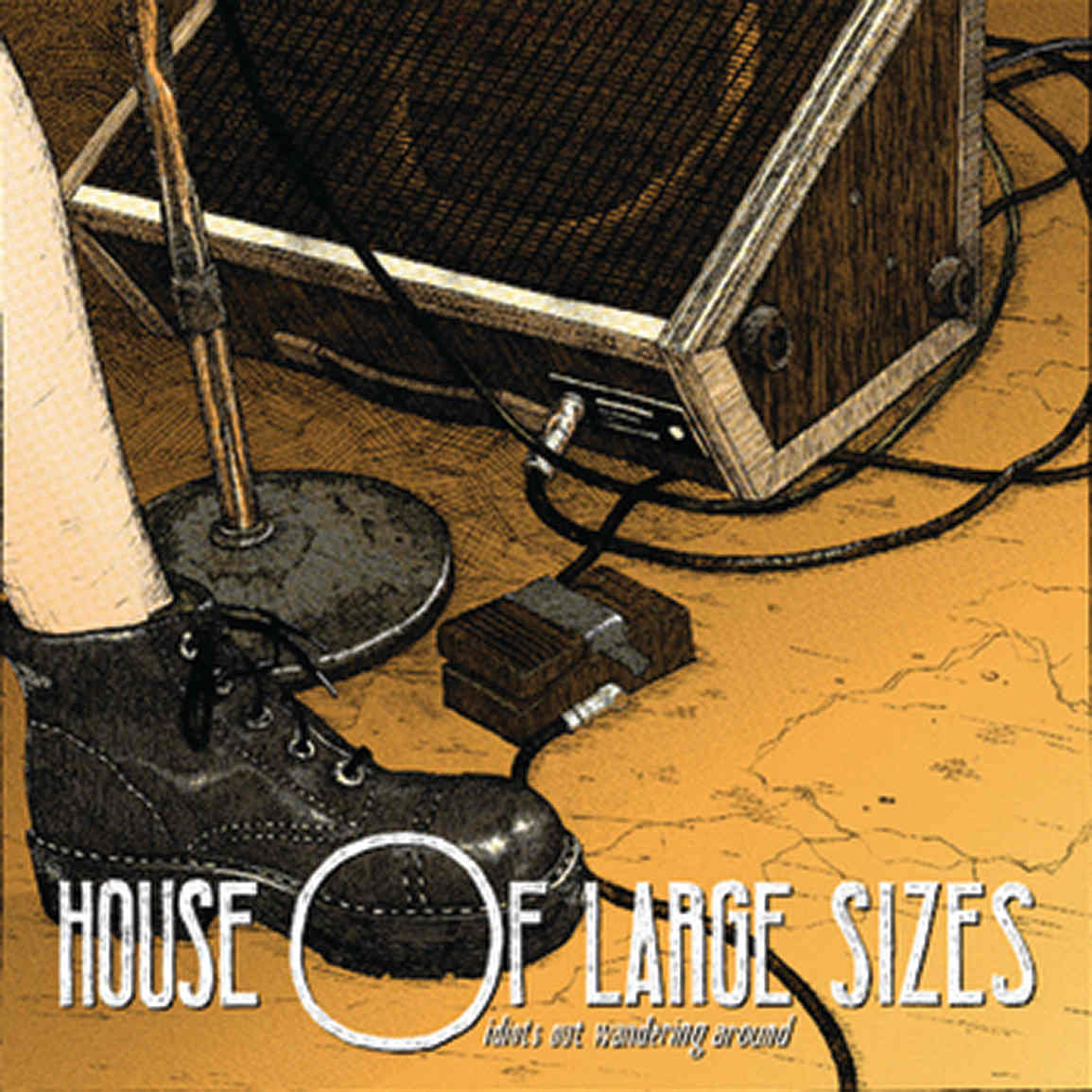 It’s impossible to talk about the history of Iowa modern rock without talking about Cedar Falls band House of Large Sizes. During their 17-year run (1986-2003) they released eight albums, including a very brief stint on Columbia Records and a bunch of singles. Since 2003, HOLS has sporadically come out of retirement to play shows in the area to eager fans, but guitarist/vocalist Dave Deibler and his wife, bassist and vocalist Barb Schilf, primarily focus their attentions on the Octopus bar and Mohair Pear apparel and accessories store in Cedar Falls. This month HOLS put out its first release since 2003’s self-titled album — a gorgeous, expanded, two-LP color vinyl reissue of their 1999 live album Idiots Out Wandering Around.

When HOLS hit the scene in ’86, they were (and still are) a band difficult to comfortably classify. The huge guitars and explosive percussion (by Brent Hanson on this album and since) put the band precariously close to metal or hardcore punk. Deibler’s vocal delivery is a staccato shouting rap that lands somewhere between Iggy Pop and Frank Black. His messages are urgent, adrenalized recitations of dadaist proclamations. But Barb is a secret weapon. Her disarmingly sweet duets, harmonies and schoolyard chants provide a contrasting support to the songs, reminding me of Kim Deal’s role in the Pixies. I’m excited to report that all of this is captured within the grooves of I.O.W.A.

In an interview with the music blog In Music We Trust in 2000 when the CD version was released, Deibler said, “We are known as a live band. We try really hard to capture our sound on record, but people are always coming up to us and telling us that what we do in the clubs is better than what we do on record. And, when you’ve been around as long as us … it makes sense to do a live record.”

For the uninitiated, then, I heartily recommend I.O.W.A. Some of the best known tracks are represented here: “What If There’s A Fire,” from their 1989 album One Big Cake; “Death Buggy,” from Heat Miser. The majority comes from their major label release My Ass-Kicking Life and the following Glass Cockpit. The music comes roaring off the record player at breakneck speed and is just as exciting as I remember.