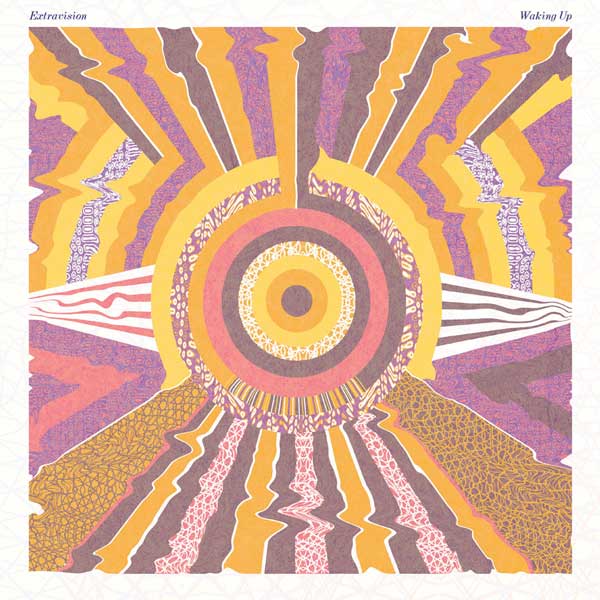 If you’re familiar with Ryan Stier’s work, it’s probably from regular plays of the theme music for the Iowa Public Radio shows River To River and Talk Of Iowa that his band the River Monks composed. That band enjoyed acclaim particularly for their 2014 album Home Is The House. The band went on hiatus over two years ago as members moved to other parts of the country, and Stier created his project Extravision, which he performs solo and as a band. He released two EPs on Bandcamp in 2015 and 2016 which contain the early beginnings of his debut album Waking Up, due out Feb. 16.

In an interview with Ben Kieffer on IPR’s Java Blend he explained the motivation for the project and the name: “I was going through some changes and I started seeing the world in a new way. I started using [Extravision] as a songwriting tool to teach myself some things about the world and see more outside myself.”

Indeed, the album sets the tone right away with the rallying, ebullient anthem “Heart Is A Nest of Snakes.” “Yeah, I think you should come with me/if you’re sick of sleeping just to dream,” he sings. “Call me deconditioned I think it’s reason to realize your release./All I need is the water and the wind or the breeze through the leaves./A dark river runs through my veins/turning faster with each passing day.” He continues, later: “Peel away all materials and who you thought that you should be.”

Stier skillfully translates this expanded worldview into emotional, often jubilant, music. It’s clear his heart is full. Soaring vocals and big guitar notes create large, expansive vistas. The use of gigantic reverb creates a sense of space, as if it was performed in a large church or temple. The album is a sonic brother to the War on Drugs album Lost In the Dream, which he told me was an influence for him. In “Dark Where I Can Only Hear” he shouts a “WOO!” that recalls “Red Eyes” from that album.

In these times of many merely talking of being “woke,” we have in Extravision’s debut album a wide-eyed account of one man’s attempt to wake up and consider how he fits into his surroundings — a path everyone should take for themselves.

This article was originally published in Little Village issue 236.