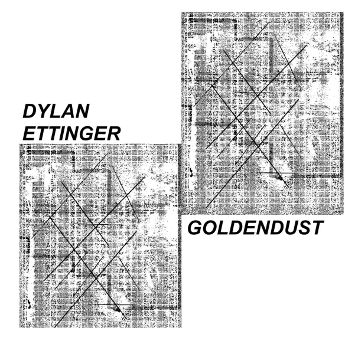 This two-song single, the first release on new Atlanta lable DKA, feature’s Iowa City’s Goldendust and Bloomington Indiana’s Dylan Ettinger. As with nearly all music on the outskirts of popular music, these songs are a re-imagining of a musical style from the past—in this case, 1980s darkwave synth pop. Both Ettinger and Goldendust favor big analog synth sounds and archaic drum machine rhythms; there’s no sound in either song that departs from a musical palette available 30 years ago.

But that doesn’t really matter. As far as I know, none of these guys were even alive in 1983. On “Truth,” the hungry ghost of Joy Division’s Ian Curtis seems to be haunting the singer, which feels just fine. What makes the song sparkle is the sweet synth chords, and the way the instrumental bridge brings in echoey underwater guitar sounds. Brendan O’Keefe said that the song was “EBM Industrial New Wavey,” but it isn’t harsh or dark and verges on the wistful sunniness of Boards of Canada.

Dylan Ettinger’s “The Pale Mare” is darker, riding a filthy synth line over bare-bones percussion. It’s almost dubstep, a label that would probably make Ettinger recoil, but it partakes of the original dubstep preoccupation with panoramic bass and beats that leave plenty of space.

Both Ettinger and Goldendust are participants in a global scene completely orthogonal to the commercial music industry. It’s spread by word of mouth, Facebook posts and blog reviews; performed in basements and other non-traditional venues; and released on cassette and vinyl by small, labor-of-love record labels. This is music that is enjoyable and satisfying, but it’s also part of a living culture that has nothing to do with end-stage market capitalism. In their own small way, records like this are the sound of freedom, and you don’t have to carry an AK to participate in their revolution.